What a great time to be alive! Sam’s gonna give us his thoughts on all sorts of things like Fastlane, Becky Lynch, and Kofi-Mania (Which is all I really care about).

But first Sam has a video he’d like us to check out. Pat Macafee did a live screening for Fastlane. Sam Roberts stopped by and checked out the Shield Main Event. Who else showed up? That would be R-Truth and even Mustafa Ali.

Check it out below!

Actually, I can’t find this video. (Sam has turned me into a liar.)

How does Wrestlemania season effect Jake:

“You always come out a winner. You know you get stuck in the doldrums. Then Spring comes around the corner. You get up and start getting out more. Right now, I’ve been doing a lot of Comic cons. I enjoy those. You get a lot of wrestling fans that come out to Comic cons. It’s great to visit with the fans. Now that I started doing these tours doing comedy… They say it’s a comedy, I’m not so sure. Basically, all I’m doing is retelling stories that happened back in the day. It gives fans an opportunity to hear what was going on behind the curtains and some of the ridiculous pranks we played on each other and the moments we had. Whether it be in the locker room, or in the ring, or in a strip joint afterward. Those are some pretty good stories they are all R-rated and better. Although I have checked the statute of limitations on most of those stories to make sure that I’m clear there. Some of them are pretty rangally and I enjoy telling them the most. I don’t know why.”

Why is he performing at Skankfeast:

“I love the name. It just fits everything that I do. Skank? Okay, I think I know her.”

“I’m a little worried. I’m afraid that ship may go down. It’s not bright. (going on the cruise) That’s what they get for not having me on the first one. I got to make them pay. It’s gon be a heavy price, man. Bermuda Triangle is nothing compared to what Jake does to a tour. They are gonna earn it, cleaning up after me. I ain’t bulls****ing. I’ll get seasick at the drop of a hat. I have a hard time in the bathtub.”

“The Joe Rogan podcast was very big for me. We crossed some lines there. People who weren’t wrestling fans, all of a sudden they are, ‘Hey man, I caught you on Joe Rogan. I didn’t even know what you did’ We’ll now you do.”‘

“People don’t get the fact that he was so big, of course, his farts are going to last longer than normal people, you know. Anytime you have that much air up there fomenting, days at a time, no telling how many bottles of wine or vodka… that was in that mixture. There’s going to be some fermentation happening. It’s gonna be nasty when it comes out. When he set on me and did that I thought I had a birthmark on my shoulder. It was actually just a wine stain from his a**. There you go.”

“Well, the first time we went out he guzzled my a**. Just throttled me. He did not give me anything. And I came back to the locker room, and probably the dumbest thing I did in my life was going into his locker room and confront him. But I did it. I called him out. I said, ‘That was the worst stinking match I ever had in my life. And if you think that’s going to draw money you are a stupid f****** giant.’ And he just looked at me. Then I realized what I’d been saying, I’m like, ‘Oh my God I need help.’ The agents, they are running out of the room. They’re leaving me in there with him. They didn’t want to be around there because they figured Andre was going to kill me. But he just looks at me and goes, ‘Okay, Boss. No problem.’ And then I realized I got to work with him again. ‘Oh my God,’ After that he was perfect.”

“John brought that on himself. He called Andre a freak and said that he was the only real Giant. And that Andre was a freak. A circus freak boy.”

Why wrestling fans are a**holes”:

“I tell fans during the comedy show, that wrestling fans are a bunch of a**holes. They are like, ‘Wow! That’s cold Jake. What’s up with that?’ I go look, ‘You guys were cheering me on to fight The Giant. What did I ever do to you? Send the lamb to the lion, my God.”

His feelings about Warrior:

“There was some serious heat between me and Warrior. Kill heat. Two days before he died he came back to me and apologized for that whole mess. (Getting fired before their angle) He manned up for it and really apologized. It meant a lot for him to do that.”

Waiting for Bret and Shawn:

“I was writing television and sometimes we’d get stuck at Vince’s house waiting for Vince to get off the phone. Because he would have 3 and 4-hour conversations with Bret and Shawn trying to get them to talk to each other and wrestle each other. ‘Are you f****n kidding me? Fire both of those dumb s***s.” I’m serious. I would’ve fired them both. Get the f**k out! Do your d**n job, guys.”

Did he have to adapt to Undertaker:

“Not at all. Go out and do your thing. Let him do his and the fans are gonna decide what they want to do with it. That’s were a lot of guys that make that mistake. The worst in the world was Lex Luger. One week he is a heel, he goes to the ring walking slow and being gnarly. Next week he’s a babyface, going to the ring high fiving everybody. You don’t change. Let people change.”

For more of this interview, including why Jake does not want to work backstage at WWE, and what he thinks today’s most devastating finisher is, hit the link at the top.

Sam breaks down the PPV.

He still does not get why The Shield reunited considering Deans’ recent betrayal.

He liked the women’s angle. It made sense to him that Ronda wanted to guarantee she gets to face Becky. He feels that Charlotte has a right to be in the match because Ronda has a beef with her too.

And he does not care about Ronda exposing the business. If Becky wins, he says, nothing else matters.

“If Becky Lynch defeats Ronda Rousey at Wrestlemania it will mean more, not less, because or Ronda Rousey’s buildup to this match.”

Sam is excited about A.J. Styles vs Orton.

Drew vs Roman is a smart move, he says, “It puts Drew on a pedestal. I think Drew Mcintyre will be even better for it.”

Sam feels the card is stacked. Although he wonders what guys like Samoa Joe and Mustafa Ali will be up to.

Angle is retiring. (Finally) He goes through a list of guys who could get that match with Angle. He lists guys like Baron Corbin, Samoa Joe, or even John Cena.

But, ultimately Sam says the guy to do it is Mustafa Ali.

“I think Batista is doing a good job at turning the audience.”

Sam says he gave Batista (ridiculous) promo a B +.

He also says this is a match that after one or two more segments we will be begging for.

“Say what you want about WWE, but when they decided to shake things up, things have been shaken up. Things are changing in WWE. On Smackdown you had a character in Becky Lynch that got so hot that random segments were being interrupted by chants of “We Want Becky.’ It’s very rare that you do that twice. When I turned on Smackdown, and Shane McMahon is in the ring talking about The Miz in an angle people care about, all of a sudden they’re chanting, ‘We Want Kofi’. It’s outstanding, what’s going on. I really, really, hope that Kofi’s match with Daniel Bryan is a one on one championship match. And I can’t wait to watch Kofi shine in another gauntlet.”

This was a fine show. Jake is one of my favorites of all time and it’s always fun to listen to hear complain or bury other wrestlers. Sam sit back and lets Jake basically do his routine, which is what talk show host do when they have comics on.

WRITTEN PODCAST RECAP: Sam Roberts Wrestling Podcast w /Seth Rollins on his return from injury, if The Shield should have gone on longer, losing the Curb Stomp, teaming with Dean Ambrose (Ep. 148) 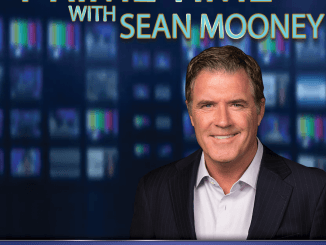