2:37 – Discussion of how bad Raw was this past week
22:35 – Card revealed for house show at MSG
25:48 – Raw main event discussion
31:18 – Smackdown discussion
41:37 – Money in the Bank preview and predictions
51:37 – Brief discussion of Reigns’ SummerSlam announcement and Cena’s free agency

The guys kick off the show this week by Rosenberg shamelessly plugging his appearance on Bring it to the Table. SGG really enjoyed the segment with Corey Graves and the Hardy Boyz. Rosenberg felt they covered the topics that people want to hear about.

SGG felt that after a good episode of Monday Night Raw last week, they really went down this week. They both felt it was a hot start with the segment featuring the confrontation between Samoa Joe and Brock Lesnar but it really fell off after that. SGG was worried that they wouldn’t let Samoa Joe stand toe-to-toe with Brock but he was happy with how they handled it.

Rosenberg felt that because they keep beating the same drum, they are really hurting the interest in the Hardy Boyz and the fan energy is down. SGG discussed how excited fans were to see all these dream matches with the Hardy Boyz, but they’re been hitting the same one note ever since they have returned to WWE. Rosenberg feels the team of Cesaro and Sheamus doesn’t have much flavor and it’s making the Hardy Boyz less hot. SGG likes that they continued the mystery of Enzo and Cass and he is still intrigued. Rosenberg thinks there are a couple of things out there that could instantly make Raw better including the Kurt Angle and Enzo and Cass mysteries, but there aren’t enough stories being told on WWE television these days. SGG feels neither story is stale yet and they should keep them going.

Rosenberg asked SGG what he thought of the sit-down interview between Corey Graves and Bayley and wondered what the heck it was all about. He feels they’ve completely buried Bayley, she’s too soft and her just loving to entertain people isn’t enough to compete in the WWE. SGG thinks this could be a way to completely reset the character of Bayley and they need to bring her all the way down before building her back up. Rosenberg thinks that all Bayley needs is a heel turn from Sasha and turning on her. SGG thinks she needs the sympathy of the fans. SGG doesn’t know how he’s feeling about the women’s division and he believes Alexa should have a clear challenger and it seems very convoluted at this time. They have enough talent in the division to tell multiple stories.

They both think that the bear costume nonsense with Dean Ambrose and The Miz is awful. Rosenberg thinks it’s not a talent issue, but he is very confused with the writing. SGG liked that Maryse is visibly upset with the Miz on camera. He doesn’t believe it will lead to them breaking up on camera, but he thinks it may lead to her returning to the ring. Neither guy is looking forward to the storyline between Bray Wyatt and Seth Rollins. They dance around the topic of Bray’s marriage troubles outside the ring. Rosenberg thinks the best thing for Bray’s character might be a complete reset. He thinks we’ve never gotten to understand who Bray Wyatt is. SGG compares him to the story arc of the Undertaker and says that he went through some rough times including American Badass Undertaker before evolving into big evil Undertaker and Taker over the last few years. Therefore there is a chance for Bray to evolve and change for the better.

Next up the guys discuss the house show at MSG two days before Great Balls of Fire. Matches include Finn Balor in his MSG debut vs. Luke Gallows, Nakamura also in his MSG debut vs. Dolph Ziggler, Ambrose vs. The Miz, Kevin Owens vs. A.J. Styles and Roman Reigns vs. Bray Wyatt. SGG feels this is better than anything they are doing on both Raw and Smackdown.

Rosenberg felt it was crazy they ended the Raw main event with no finish in the Raw tag team title match. Rosenberg was annoyed this was how they led into Bring it to the Table.

The guys segue into discussing Smackdown from this past Tuesday. Rosenberg liked that there were two women’s matches and Rosenberg likes Lana’s new entrance music. SGG liked her old music. Rosenberg enjoyed the way she came to the ring and delivered her finishing move on Naomi. SGG wants to see her deliver in the ring before giving her any credit. SGG thinks that Lana demanding a title match right away is the right way to book her and she should want to win the title. Rosenberg thinks Naomi is a great athlete, but she’s not a natural born worker and it might be tough for her to lead a match with Lana. Rosenberg discusses how all the superstars are thrown together in one storyline in the women’s division, tag division, and Money in the Bank contenders. Both guys are still entertained by the Fashion Files. Both guys also feel New Day is getting stale and it might be time to repackage them.

Next, the guys offer their predictions for Money in the Bank. SGG is excited for the show and thinks there are three storylines he’s excited about. Rosenberg says that Lana has a shot, but Naomi will win the title and SGG agrees. In the women’s money in the bank match, SGG hopes that Natalya will win, but he thinks Charlotte will win to continue making history. Rosenberg thinks that Carmella will win as it will do a lot for her character. Both guys think that the Usos will retain the tag titles. In the money in the bank match for the men, both guys don’t want to see Baron Corbin win. Rosenberg picks Nakamura to win the match and SGG thinks Dolph Ziggler will win the briefcase. Lastly, both guys predict that Jinder Mahal will retain the title against Randy Orton.

Lastly, the guys talk briefly about Roman Reigns announcement about SummerSlam. SGG thinks Reigns will take on John Cena at SummerSlam. Rosenberg believes that is the only option for both guys at this time.

After an almost unwatchable episode of Raw, the guys do their best this week to entertain the listeners and provide some interesting takes on the state of the WWE. It was an enjoyable episode and the banter back and forth was the best part of the show as it usually is.

Jason Young is a lifelong WWE fan since his dad introduced him to the product in the mid-’80s. He grew up outside of Boston and now lives in Norfolk, MA. Throughout his WWE fandom, he was a huge fan of Austin in the Attitude Era and his current favorites include Kevin Owens, Sasha Banks, and Finn Balor. He’s been a listener of the PWTorch Livecast since 2014.

PODCAST RECAP AND REVIEW: Sam Roberts Wrestling Podcast with Renee Young on what it was like to lose Talking Smack, being married to Dean Ambrose, her greatest WWE moments, why Sam thinks Daniel Bryan will wrestle again in WWE, who the next big star in the company is (Ep. 172) 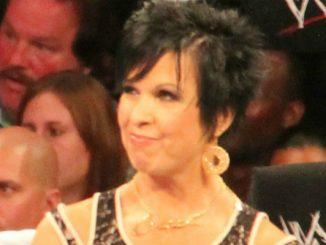 RECAP AND REVIEW: The Taz Show – why WWE is like the New England Patriots, who should have been in the final four at the Royal Rumble, thoughts on Nia Jax in the Rumble, the wrestler who was in the match too long