Bobby Roode was recently interviewed by Team Rock to talk about NXT, his theme song, and more. Here are the highlights:

The similarities between being a rock star and a pro wrestler:

“It’s a lifestyle. We’re on the road a lot, 200/300 days a year depending how busy you are, traveling in buses or in cars, flying everywhere – the correlation between the two in that aspect is quite similar. You’re obviously a different person outside of the ring, but when you’re in the ring you’ve got to get into that moment and that character just like a band like Kiss does. I don’t think Gene Simmons walks around his house with face-paint on sticking his tongue out – or maybe he does, I don’t know haha!”

The popularity of his theme song:

“I started out with a different type of music before I made my debut, then a couple of weeks before my debut they gave me the song to listen to. Triple H (NXT creator), Michael Hayes (WWE agent/producer), a lot of important people in WWE liked the song and I had the chance to listen to it. It was completely different to the original song that I had picked out, but it kind of fit with the character I was trying to portray. I thought it could have gone two ways – either it sucked or it was great – and luckily for me it’s been really great.”

His thoughts on NXT:

“NXT was always looked at as a developmental territory until the last year or so, but now we’re doing our own events and traveling all over the world, coming to Download two years in a row. We’re touring all the time, we get home on Monday then we’re home for a day and a half then we’re back on the road again. It’s a crazy business, I’ve been doing it for almost 20 years, and you learn a lot along the way and a lot of guys don’t make it this long because mentally they can’t handle the stress or travel. I love the business, I have a huge passion for it, I see myself doing this for the rest of my life.”

For the full interview with Bobby Roode, check out Team Rock.

And check out Bobby thoughts on losing his passion in Impact and the legend who is helping him with character development. Click here. 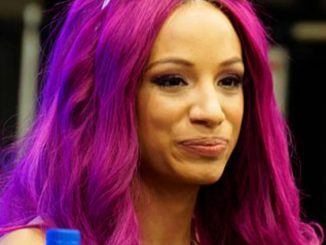