– The hosts have a fairly lengthy discussion about the distinction between heels and babyfaces in today’s WWE. David Shoemaker carries this discussion, and he believes the WWE is heading towards a time where that distinction doesn’t really exist anymore. The hosts agree that they are not as bothered by some instances of blurring the distinction (like the Bellas segment with Connor’s Cure on Raw) unless it occurred in the same segment (like JBL announcing as a heel and babyface during the same match).

– The hosts talk through the entire Night of Champions card. Each match breakdown features a discussion of the pertinent issues as well as a prediction/reasoning for the outcome.

3:03 – Discussion of the distinction between heels and babyfaces in today’s WWE

16:00 – Rosenberg on enjoying the Steve Austin Show with Jake the Snake

Introduction: Rosenberg jokes about this being the “season premiere of Cheap Heat.”

Shoemaker jokes that he wishes there was an ad-block software for your television that would block Michael Cole anytime he made a Twitter/hashtag mention or things of that nature.

Heels/Babyfaces: Rosenberg asks if anyone at WWE knows who is supposed to be a face or a heel. Shoemaker notes that his latest article is about that subject. Shoemaker believes that we are in a transition period as we near a time without true faces and heels. He also believes that there is a double-standard at play in that fans love Kevin Owens, who is a heel that sometimes acts like a face, but they hate when the Bellas or members of commentary do the same thing. Rosenberg responds that something like the Bellas Connor’s Cure segment doesn’t really bother him, but it does bother him when people obscure the line in the middle of the same segment. Shoemaker compares Stephanie/Triple H to Roger Goodell in that they are complete heels that think they are good guys. Shoemaker jokes that when he hears things being repeated on commentary, he is inclined to believe that is Vince McMahon’s doing. He believes that may be part of the reason commentary seems to forget who is a heel and who is a face.

Nikki Bella: Shoemaker notes a good point from another writer who was disappointed Charlotte didn’t win on Monday Night Raw because the storyline seemed to naturally be leading to Charlotte just barely beating the clock.

SCSA/Jake the Snake: Rosenberg notes how much he enjoyed this interview, and he jokes about how interesting it was to listen to given the voices of the two participants. He also talks about how the two discussed blading for almost 15 minutes.

Inappropriate Jokes: This riff starts when Rosenberg stopped himself from doing a Mr. Fuji impression because he didn’t want it to be taken the wrong way. Shoemaker poses a “would-you-rather” question.

Hulk Hogan: The hosts discuss Hulk Hogan doing a signing in Europe for $350. They joke that the price might be so high in order to ensure the only guests are fans. All the hosts agree that Hogan should just lay low for a bit before doing appearances.

Books: The hosts cover which books they are interested in reading. They discuss the books of Gary Hart, Jimmy Snuka, Vince McMahon (a book about him), Lex Luger, and Terry Funk. Shoemaker jokingly wonders if any of these books have converted readers to Christianity. Rosenberg talks about borrowing the Gary Hart book from Steve Austin. Shoemaker discusses reading/buying comic books.

Nikki Bella: Rosenberg reiterates an early point that he was disappointed Charlotte didn’t beat Nikki just before the clock expired. Shoemaker responds that that storyline doesn’t fit with WWE’s PPV style booking. He talks about how WWE typically saves big moments for the PPVs, so that is probably where Charlotte will get her big title win. Stat Guy Greg proposes that they should have paused the clock after the controversy Monday, only to restart it at the PPV this sunday.

Pre-Show Match (and Barrett): Shoemaker’s first thought on this match is “what happened to Wade Barrett.” He notes that he would be a great case study for how to destroy a gimmick. Rosenberg and Shoemaker discuss how Barrett should be much higher on the card/more involved, but they have booked him terribly. Shoemaker doesn’t think this match helps Stardust by including him in a match with a bunch of other weird characters.

Ziggler vs. Rusev: Shoemakers wonders if this match is necessary given how long this feud has gone on. He believes it could easily have been left off the card considering there isn’t even a belt at stake. Rosenberg predicts Ziggler will win, while Shoemaker and Greg predict Rusev will win.

Wyatt Family vs. Reigns/Ambrose/TBA: The hosts ponder who will be the mystery partner. Shoemaker doesn’t think it makes sense for the partner to be a debuting star because then either he or Braun will have to lose their first match. He also points out that, in kayfabe, it makes little sense to choose someone from NXT. He argues that Reigns/Ambrose would want to find a partner that has proven he can fight on this level. The group somewhat jokingly suggest that it would be fun if Bo Dallas was the mystery partner so that he was fighting Bray, his real life brother. This leads to a discussion about who would generate the biggest pop. Rosenberg suggests that no matter what, C.M. Punk returning would create the biggest pop. Shoemaker then tries to work through plausible candidates. He starts with Daniel Bryan, noting that he already has a storyline with the Wyatt Family, but that leads him to think it will be Erick Rowan. He says that would be worthy of turning off his television, and it would be the definition of apathy.

New Day vs. Dudley Boyz: Greg starts this discussion by noting that in title defenses, Xavier Woods never wrestles. Shoemaker responds that it seems like Xavier has settled into somewhat of a “manager” role. He also suggests that sets up nicely for a Spike Dudley return. All three hosts talk about how much they enjoy Xavier’s work on the trombone, and Rosenberg believes that Xavier should transition away from wearing wrestling gear so that when he does wrestle it feels more impactful. All three hosts predict a victory for the New Day.

Nikki Bella vs. Charlotte: Shoemaker starts by suggesting they continue the clock gimmick until Nikki loses. The hosts note that the don’t have a problem with the twin-magic gimmick, as there have been plenty of people in the past that repeatedly used the same gimmick to win matches. Rosenberg and Shoemaker seem convinced that Charlotte will win, but Greg predicts Nikki Bella will retain.

Ryback vs. Kevin Owens: Rosenberg fears that WWE sees this as a way to get Ryback over and not the other way around. Shoemaker notes how he does not enjoy the depressing nature of some of Ryback’s promos. He goes on to say that he doesn’t dislike Ryback, but he would prefer him to be more of a “force of nature” rather than his current gimmick. Rosenberg starts a brief aside on Total Divas. Shoemaker and Greg predict Owens will win, but Rosenberg, much to his own chagrin, predicts Ryback will retain. Shoemaker believes that they wouldn’t put Owens in this situation just to bury him.

Rollins vs. Cena and Rollins vs Sting: Shoemaker believes this is a setup for Rollins to lose at least one of the belts. He also believes that the Cena match will be long, while the Sting match will be short and schmozy. Shoemaker notes that the obvious path is for Cena to win and Sting to lose. Rosenberg jokingly suggests that Rollins should lose to Sting so the Undertaker can challenge Sting for the title. Shoemaker discusses how it will be difficult for Rollins to maintain integrity in the title match if he has already lost earlier in the evening. As they discussed last week, the hosts talk about how the booking of these two matches needs to be careful that Rollins is not painted in the light of a babyface. Greg believes the most likely path is for Rollins to retain both titles in an effort to continue giving Seth things to stroke his ego about. Rosenberg predicts Rollins will beat Cena and lose to Sting, Shoemaker predicts that Rollins will lose both, and Greg predicts Rollins will retain both titles.

9.0 out of 10: To me, this is Cheap Heat at its finest. The show starts with the hosts touching on the hot-button issue of heels/babyfaces in today’s WWE. As one of the more prominent writers in the field, David Shoemaker provides an interesting insight on this issue that fans should enjoy hearing. Almost the entire rest of the show is devoted to breaking down the upcoming Night of Champions card, and that is the real meat of this show. The hosts spend a solid few minutes on each match. They break down any relevant issues with the participants, discuss the path of the feud, and offer up a prediction for how the match will go down (and what purpose that serves going forward). While this podcast doesn’t necessarily contain any earth-shattering news, the hosts provide listeners with a detailed rundown of each match that should engage hardcore viewers, while also providing a great summary for people who may not be up to date with all the current storylines. This episode was focused, well-structured, and thought provoking. Put simply, this episode features an entertaining discussion that serves as an excellent primer before viewing the Night of Champions PPV. 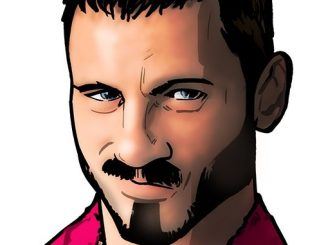 QUICK QUOTES: Austin Aries on if he has a wrestling bucket list, talks sometimes needing to “take a step back” in his last interview before leaving WWE