Move to the Heavyweight division – 25:00

Transitioning into the music business – 43:15

Booker and Brad opened the show talking about Floyd Mayweather again and talked about the PPV buy rate a bit and who would have been a better fight for Mayweather’s final fight. He again guaranteed another Floyd Mayweather fight.

They talked about the Night of Champions card from top to bottom and gave their brief thoughts on each match. Booker spoke very highly of Charlotte. “I love Charlotte man. She’s got that long, rangy body. As well as she’s got a whole lot of fire. She’s got that Ric Flair feel about her. She’s gonna be one of the greatest of all time.”

To start off with Evander there was lots of ambient noise, which was somewhat distracting. Booker asks if Evander is retired retired, and then says he too is a 5 time world champion, joking they should do a celebrity boxing fight.

Evander spoke about getting started at the age of nine winning a boy camp tournament and how he was influenced by Muhammad Ali. Booker said if Muhammad Ali had told him to stand up and straighten up when he was a child he thinks his life would have turned out differently.

Booker and Evander then talked about how much making the 1984 Olympic team meant to Holyfield and how it affected his career. They then transitioned into the start of his professional career. Holyfield said his toughest fight was his first pro fight, which was 15 rounds. During the fight he said he lost 15 pounds and had to go to go the hospital.

Booker said it’s an honor and a pleasure to be speaking with Evander Holyfield as they turned to the Heavyweight chapter of his career and his fights with Riddick Bowe. At 23, Evander’s sparring partner was Bowe, four years his minor. Booker joked Evander was a man and Bowe was just a boy, but Evander said Bowe pushed him to Tobe better. The conversation continued to go over all three of their fights. Evander said if it wasn’t for his son saying “You told me never to quit” he might have quit boxing after the first fight with Bowe.

Two weeks before his third fight with Bowe he was told he had Hepatitis A and his doctor told him to pull out of the fight but he wouldn’t because it was a $9 million dollar fight, but ended up losing that third fight due to the Hepatitis draining his energy leading to be the loss of the fight.

Holyfield spoke about his first fight with Mike Tyson and how everyone said he had to fight him but also thought he was washed up and that Tyson would kill him. “A good guy can’t beat a bad guy. Ain’t no way you can beat Mike Tyson.” They only mentioned the second Tyson fight in passing and Booker closed it out by saying he’s a role model to him and one of the reasons he became a five-time champion.

Back from commercial break and we have Booker and Truth to talk about his new songs “Pump It Up” and “What You Do To Get” and Truth said he has 16 more songs done but doesn’t know how he wants to release them. He also teased collaborations with Wale and Tech N9ne also.

Truth likens his transition to music like riding a bicycle as he was in music before wrestling. He also said he’s done songs for the Carolina Panthers and Charlotte Hornets. He then said his next single would be out in the next three weeks.  Very brief duscussion, as Truth was in Montreal for the recent WWE live event.

Booker plugged his debut on the CW Network in Houston at 11 a.m., as the lead in to NFL football on the same channel, and then plugged Jim Ross’s show that was in town this past weekend. Brad then thanked Booker for giving him and everyone at Reality of Wrestling the opportunity to live their dreams. Booker said he feels Paul Boesch is guiding him.

5 out of 10: Another wrestling-light show, with R-Truth only being on about 5 minutes to discuss his music. Overall, at a run time of just over 52 minutes, I’d give this show a 5 out of 10, in honor of Evander and Booker T both being five-time world champions. It was a quick listen, but nothing really noteworthy came from it at the same time. 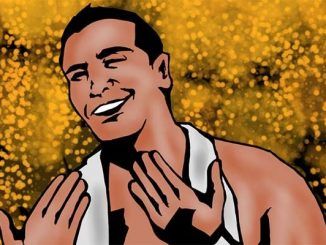 QUICK QUOTES: Alberto El Patron says his match with Bobby Lashley will be “a thousand times better” than Lesnar vs. Joe 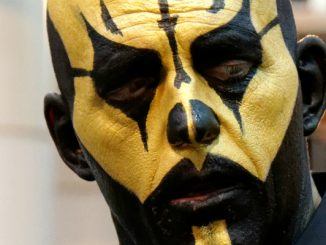 QUICK QUOTES: Goldust on Jinder Mahal’s WWE Title win, breaking up with R-Truth, if we’ll see an “old-school” version of him now