– Colt reveals recurring back pain, plans to keep wrestling through the pain

0:00 – Introduction – Colt Cabana opened the show talking about his love of ECW and nostalgia of pro wrestling. Colt told a story of watching the PPV preview channel waiting for the ECW PPV commercial to play. Colt mentioned that this episode is “more about the feelings than the answers,” in that he would rather talk to his guests than ask them specific, predetermined questions about their struggle in wrestling. Colt talked a bit about a recurring back injury.

10:07 – Taz Interview – Colt and Taz talked about working independent shows, and Taz mentioned that when he started they weren’t called independents, they were called “work.” They speculated that “independent” was coined by WWE to separate themselves from other brands of wrestling. Taz talked about Mick Foley breaking into Memphis wrestling, and how that benefitted all of the Northeast based wrestlers. Taz also praised Paul Heyman, although he initially thought he was a “jabroni” until he heard him cut a promo. Taz said he initially got into wrestling just because he needed a job.

16:43 – Taz talks getting in to wrestling – Taz got kicked out of college after getting into a fight. Taz said he lived in his parent’s basement and worked odd jobs for a while, which Colt joked sounded like a typical New Yorker story. Taz’s met with Johnny Rodz about training, even though he remembered him as a jobber and wasn’t sure if he respected him. Taz thought he would just go to school and beat everyone up, but Johnny Rodz beat him up at first, so he respected Rodz after just two sessions. Taz got a job working on the Long Island Rail Road while he was training, and worked there until he got his break in ECW.

23:29 – Taz talks making money – Taz said he was able to be successful in ECW when Paul Heyman took over as booker, and he was making enough money that he was able to buy a house. Taz said the money slowly came in over time, which gives him more of an appreciation for having money. Taz said when he signed with WWF, he bought an Escalade with every possible option on it, but rarely drove it since he was always traveling. Taz talked about his financial priorities changing once he had a child.

28:38 – Taz briefly talks Sandman and working in ECW – Colt brought up Sandman, and was amazed that he was in main event matches, even though he wasn’t as good a wrestler as Taz or other talent in ECW. Taz praised him for selling for everyone and being self-aware enough to be successful. Taz said he liked working with athletic guys like Sabu and Rob Van Dam best because he could take their offense, and throw them around a bit.

32:00 – Taz talks The Tasmaniac and Japan – Taz backtracked and talked about his first gimmick “Kid Crush,” who he described as a mix of Sting and Jimmy Snuka, which Colt said sounded like King Kaluha. When Taz became The Tasmanic, he wanted to be respected in the ring. Taz talked about his time in Japan as a young wrestler, where he learned a lot from Kevin Sullivan. Taz’s first match was against Gypsy Joe, who he was told was a fragile old man, but was really a hard-hitting wrestler in the ring. Taz talked about working in the New York area, and Paul Heyman bringing him in for IWCCW TV, even though he had heat with some of the other guys in IWCCW.

42:06 – Taz talks ECW – Colt and Taz talked about how a lot of ECW’s stars did other tasks besides wrestling, and how Heyman took guys who were around and made them stars. Taz talked about getting hurt on a spike piledriver after dropping the Tasmaniac gimmick and becoming Taz. Taz said he didn’t have neck surgery, but he did a ton of physical therapy to heal from his injury. Taz got mad at the other wrestlers for not keeping in touch while he was hurt, and he cut a promo on Paul Heyman, which led to him talking more in the ring. Heyman then asked Taz to start a wrestling school on Long Island with Mikey Whipwreck and Perry Saturn. Taz also did logos for ECW PPVs and for wrestler’s t-shirts.

50:34 – Taz talks beginning in WWE – Colt asked Taz about going in to Madison Square Garden for WWE and beating Kurt Angle. Taz mentioned an aborted angle where he would beat Ken Shamrock and take over Shamrock’s “Lion’s Den” gimmick while Shamrock was doing MMA, but it never panned out. Taz said when he came out in Madison Square Garden to a massive pop, he knew he was “doomed” since his pop wasn’t from WWE, but from ECW. Taz said that they started calling him the “Human Wrecking Machine” since he had negotiated the rights to “Human Suplex Machine” in his contract.

54:23 – Taz talks longevity – Taz talked about Vince McMahon putting him on commentary, initially just to make fun of Jerry Lawler, but it turned in to a longer stint. Vince personally called Taz to have him go to the WWE Studio in Connecticut to learn and practice being a commentator. Taz believes he’s an acquired taste as a commentator. Taz said it was crazy that now he’s podcasting and has a deal with CBS. Taz put over Colt as a pioneer wrestler in podcasting. Taz’s said he likes interviews, but he is more comfortable doing topic driven podcasts, and joked that Colt is a “podcast diva” for only doing podcasts in person. Taz said that interviews and carrying conversations are easy for him because as a color commentator, you have to leave your ego in the locker room and put over the company and the brand above everything else.

59:04 – Taz talks radio deal with CBS – Taz previously worked with CBS on Free FM, a short lived radio station in the New York area, and was able to get a podcast contract with them based on his past. Taz wanted to make the first daily podcast about the wrestling business, since there wasn’t really anything like that out. Taz said he pitched his show to advertisers as being about sacrifice and that it was about his life’s work, which he is proud of. Once Taz left TNA, he was able to sign with CBS full-time for his new daily morning show: “The Taz Show.” Taz and Colt joked about Colt having to wake up early to be on Taz’s show. Colt thanked Taz to end the interview

1:03:16 – Colt wraps up the show – Colt thanked his fans, Taz, and his sponsors and plugged his upcoming appearances. Colt talked about new audio equipment he ordered to make the show better and talked about a live show the day before Thanksgiving in Chicago and signed off.

1:07:20 – Colt plays an old baseball clip – Colt played an old clip of Minnesota Twins players talking about their season. The clip ended with the tagline: “The Minnesota Twins: This year, we have something to prove.”

Score: 7.5. Taz jokingly called Colt a “podcast diva” near the end of this episode when talking about Colt’s insistence that guests must do the podcast face-to-face. This is something I haven’t thought of before, but the lack of phone calls from guests, as well as the professional audio equipment used makes every episode of the Art of Wrestling a good listen. Taz didn’t open up to Colt about anything ground-breaking and despite the chemistry between the two, Taz was clearly on to plug his new radio show, but despite that Colt was still able to have an enjoyable conversation with another ECW original that is a must-listen for Taz fans. 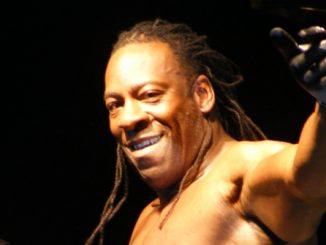 QUICK QUOTES: Booker T says TNA was “like a vacation,” reveals why he didn’t put over Matt Morgan