– Pat says it doesn’t look like Lio has only been wrestling for two years. Lio says he gets that a lot. He says it feels like he’s been wrestling since he’s been five or six when he’d use pillows in his house as a makeshift ring.

– Pat pulls up Wikipedia and makes mention that Lio used to wrestle under the name “Lennon Duffy,” which Lio groans about. He says he got that named from Drew Gulak at CZW. He was originally going to wrestle as L.I. Greene for them, but Drew changed it to Lennon Duffy. He hates the name.

– (7:10) Lio will be on the card for Maryland Championship Wrestling April 23. Shawn Michaels and Sean Waltman will be in attendance. A few weeks earlier he wrestled a guy named Eddie Smooth.

– (9:35) Lio made his mark moreso in CZW, wrestling guys like Trevor Lee, Caleb Conley, and Joey Janella. Lio says he was very lucky to have his first few matches against those guys. From that match on, he’s done nothing but wrestle Janela in CZW – quite a feud going there for awhile.

– (11:15) As of right now, Lio’s been wrestling for EVOLVE and ROH mostly, but other indy promotions will keep him pretty busy.

– (12:40) Kylin calls in – would Lio like to see himself in WWE Network’s Global Crusierweight Tournament? He would, but that’s not in his control, and it appears that he won’t be unfortunately. Kylin follows up with who does Lio pattern his wrestling style after? He says a young Rey Mysterio and Amazing Red. Pat throws in Kalisto as another contender and Lio says he gets that a lot from people too.

– (14:20) Kylin’s final question: who is Lio’s dream opponent? Adam Cole – he also won the MCW Shane Shamrock Cup and since he’s currently wrestling in ROH it only seems fitting that he picks him. Pat jokingly says Shane McMahon, which Lio gets a kick out of.

– (17:00) Michael from Memphis calls in: right now with MCW, PWG, and ROH – does Lio think that the indy circuit is the strongest since the territory days? Lio says since being only 21 and being only in the business for two years he’s heard from many of the veterans that it hasn’t been as booming as it is now. He does believe that it is been than what it was. Pat jumps in and says the 1998-2000 years were really popular, where he’d mark this time period as very weird since there is so many cross-promotion stuff going on.

– (20:00) What’s it like to work with A.R. Fox? He’s so good in the ring, he knows exactly what he’s doing and busts his ass inside and outside of the ring. He deserves everything that he is getting and everything that comes his way. Lio respects him because no matter how many people are in attendance, whether it’s 10 or 6,000 he puts 110 percent in his matches.

– (23:32) Who can afford another loss – Ambrose or Lesnar? Pat says Ambrose has been pretty bulletproof when losing matches, but he sees Lesnar winning with Ambrose putting up a good fight. He actually is looking forward to the match. Lio agrees with Pat’s assessment.

– (24:50) What has WWE learned from the injuries this past year? Will we see more with alternating rosters? Pat says it makes sense – they can afford to have guys cycle out 3-4 weeks at a time. Lio agrees – he thinks the guys are out there too much, even a guy like Neville – who knows how many times he lands on that ankle night after night. Kind of a freak accident. Alternating guys would be beneficial.

– (28:55) Super Ryan from England calls in: he did a training session with Jay Lethal a while back and Lethal said he’d like to be in WWE. How would he do there and what would you do with him? He could definitely pull off a heel or a babyface – the issue that they would have with him is that he wrestles the ROH style. If they hesitate with him it might only be because they think he’s unteachable. Lio thinks Jay would do well, he’s been around almost as long as A.J. Styles and thinks Jay is capable of being put right in the WWE spotlight. He doesn’t think Lethal being teachable is an issue – how long has A.J. wrestled on the indy scene? Pat thinks WWE is hesitant on international talent because they are concerned with crowd reaction and if they could draw money. Ryan says he was a WWE mark, and only knew who William Regal was when he was under the “Real Man’s Man” gimmick and then also brings up Finn Balor changing from Prince Devitt. Pat says WWE wants to own the gimmick which makes sense. Ryan also mentions that they don’t take the time to build up debuts anymore. Look at Sami Zayn’s current return.

– (38:29) Why are we seeing Jericho vs. Styles IV when we’ve seen it three times already and what’s going on with the Wyatts at WrestleMania? Latest rumor is that Y2J and A.J. will be apart of the multi-person Intercontinental Title match. As for the Wyatts, Pat expects them to be apart of the Andre The Giant Battle Royal.

– (47:30) Does Lio have plans for WrestleMania weekend? As of right now, no, but he’s waiting to hear something hopefully. Pat shudders at the thought of WrestleMania being seven hours.

– (48:30) Good chance we’ll see him at the EVOLVE show in May? He’s scheduled to be there on May 6. How did his experience with EVOLVE go? Awesome, he says. It’s a really good place to be, especially with WWE keeping an eye on the product. The amount of talent is amazing. Guys come from everywhere around to wrestle for them. Pat says seeing Sami Callihan and Zack Sabre, Jr. wrestle there was a real treat.

– (50:48) What has been Lio’s favorite career match so far? Anytime he wrestles Joey Janela. They’ve got great chemistry and they can divide a crowd, which is very cool.

– (52:00) Disco Inferno’s three most important parts to working a match is learning to punch, learning to kick, and learning to sell. Does Lio agree and out of those three which is the toughest to learn? He doesn’t think that’s the biggest problem younger talent has. He thinks younger guys have more problems marketing themselves and complacency.

– (54:30) What bad aspects of wrestling have veterans done that Lio takes exception to? He doesn’t like it when veterans overly express their tenure and kind of use it to belittle younger talent. Lio is proud of what he’s accomplished so early in career.

Many were banking on Tommy Dreamer being Pat’s guest (hey, what’s with those Shane punches, Tommy?!), but Lio made for a pleasant substitute. For being only 21, Lio seems to be smart student of the pro wrestling game. This is more than clear with his viewpoint on the Neville injury this past Monday and cycling wrestlers through. Also, much like his former MCW partner, Patrick Clark, he also isn’t afraid to tout his wrestling talent, which is refreshing in today’s wrestling landscape. It’s good to see guys with an ego in an age where it’s all about kissing the rings of the McMahon monster. I haven’t seen anything of Lio Rush before, but this interview made me want to. 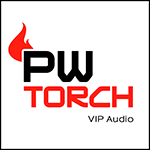