Steve opens the show from “317 Gimmick Street” with his feet up and a load of ammunition he just brought over from South Texas.

Steve mentions the official sale of his ranch after mentioning it was for sale on a previous podcast.

He then segues into reminiscing about fun times at the ranch with best friend Ted Fowler. Then he loosely explains that it all got a bit too much with all the travel between Los Angeles and Texas for the last 10 years and wants to explain fully on a future podcast.

Austin talks about the journey from the ranch to his parent’s house and the journey back to California from Edna, Texas.

Steve continues talking about the ranch and how proud he is of what they turned the place into and the new owners are good people and have got themselves a great ranch.

He then says that it’s Sunday as he records the show, and he just wanted to pick up a microphone and share the story of his journey to and from the ranch as its “one hell of a story.”

Steve says that the Google alerts on his phone have been showing some rumors that go back to WrestleMania 33. He says that when he and his wife decided to sell the ranch that it would probably take up to three years. The sale took 18 months in total and it all began to happen as WrestleMania was about to go down. Steve also had a lot of business and personal stuff going on at the same time.

He addresses the speculation that “he is no longer a part of the WWE”, “his contract has expired”, “he is not satisfied with what’s going on.”

He says the speculation started when he went to the Staples Center to interview Kevin Owens. People assumed that he was actually there to “talk business.” He wasn’t, he was just the to record a podcast with “KO” (Kevin Owens) and along the way he “stopped and visited some of the boys.”

Steve explains that after selling the ranch, the contract stated he had 30 days to collect all of his stuff and was doing so very close to WrestleMania. WWE did invite him to Orlando and he would have loved to have attended but was too busy. He said he had close friends going into the Hall of Fame but it just wasn’t possible. He says he told the guy from WWE who contacted him that he appreciated the invitation but he had too much personal business to attend to. He then talks more about the ranch and then states:

“I will always be apart of the WWE, the WWE will always be a part of my life, I’m in this thing for the rest of my life. That’s the relationship I have with the WWE. There has never been no heat, no this, no that, no whatever. I am in a great place with those guys and I am thankful for everything they have done for me, and I’m sure they are grateful for the things I have done for them. Again, I am a WWE member for life.”

Steve then segues into saying he can’t wait to tell us the story he wants to tell for the podcast about his journey home from Texas, and references the man that was dragged from a United Airlines flight last week.

The Last Trip The Broken Skull Ranch And Back Again

Steve says he had to make the trip to collect his “Chevy” pick up truck and his utility trailer.

He talks at length about the history of his truck.

The story begins with his wife dropping him off at LAX Airport. Steve flew one way with United Airlines. He again references the passenger that was dragged from a plane last week and said he made sure to check in properly so the same thing didn’t happen to him.

Austin then talks about how his landing in San Antonio was delayed due to a storm.

After he lands he is picked up by his driver who offers him an umbrella to which Steve declines.

Steve, and his driver Scott, are heading towards the Broken Skull Ranch and are driving through “a hell of a storm” (that pilot wasn’t lying). He then says the rain was so bad that he thought he was going to “meet his maker” on his last journey to the Broken Skull ranch. When they arrive at the ranch Steve finally accepts the offer of the umbrella as he needs to open his gates but the rain is still traitorous.

Once through the first set of gates, they arrive at the second gate and Steve steps out of his vehicle into eight inches of deep water. The wind then picks up and takes out Austin’s Umbrella.

Now safe and sound in the ranch with some dry clothes on, Steve begins to load up his gun collection. He talks about two guns that he has to keep at his sister’s house in Texas, as they aren’t legal in Los Angeles.

Steve talks about his first night on the ranch in 2007; there was a lightning storm that was more like an alien invasion of UFOs.

Austin then talks about the 20-25 rifles, pistols and shotguns he has in his safe. Steve says the rain finally stopped now he was inside and said it was god pulling a “rib” on him as Rick Rude used to tell him not to use the lord’s name in vein.

Steve talks about the problems he is having loading the truck with all his ammo and deer sausage and the worry of getting his stuff stolen.

Steve finally loads his truck (without a tarp) and heads to his Mothers house in Edna, Texas.

He talks at length with warmth about his relationship with his 17-year-old nephew Neil. They share a drink and some laughs before Steve hits the road again the following morning at 4 AM.

Steve continues his story about the road trip and he runs out of fuel before he can reach a gas station. He calls the mobile fuel company who want to charge him $150 to deliver and refuel the truck for him. Luckily the highway patrol officer recognizes Steve from is pro wrestling days and gives him a ride to fill up a gas canister.

The next stop on Steve’s journey he has to travel 800 miles to Lordsburg.

Steve goes on to speak about his stay at a cabin in Lordsburg with witty stories about purchasing matches and eating deer sausage.  He talks about his drive on the final stretch of the journey and complaining about the other drivers and complimenting the good drivers and how much he wants to get home to his wife and his dogs.

Finally, Steve makes it home after a 1700-mile drive. Steve wraps his story and then says he has some good guests coming up in the future.

Steve compares his trip to the movie Vacation and recommends that we watch it. He thanks us for listening and plugs his T-shirts and his Broken Skull IPA. More plugs and then the show ends.

This week’s show started well but the road trip story dragged for me. A great effort from Steve but it wasn’t his best story. The news that Steve has officially sold his ranch struck a chord with me. I’ve listened to the Steve Austin Show since the beginning and the insight the show gives into Steve’s life makes you realize what the Broken Skull Ranch meant to him and that also comes across in this episode. Addressing the WWE rumors at the beginning is worth listening to even if you don’t listen to the main part of the podcast.

Michael Shanahan is from London, England. He’s been a fan since the early ’90s when his brother showed him WrestleMania V on VHS. He cheered for The Macho King! He’s been a listener of the PWTorch Livecast since 2013. 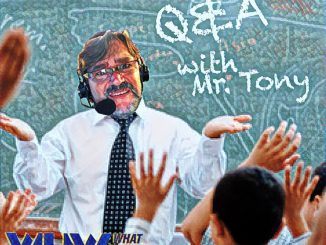 1 Comment on WRITTEN PODCAST RECAP: The Steve Austin Show on rumored heat with WWE, why he missed the HOF, selling The Broken Skull Ranch (Apr. 18)