Johnny Mundo was a recent guest on X-Pac 1,2,360 and talked about his frustrations with WWE, possibly working with DDP, and more. Here are the highlights they sent along:

“That would be really good for everyone. We’re talking about (Kenny Omega, Young Bucks, Adam Cole) it would be great for Bullet Club, it’d be great for Hulk Hogan… there are so many people that go, ‘Oh get your own stuff.’ I love it! I mean, I never had anything but great things about that stuff. I’m flattered and I’m pretty sure my other friends are flattered… And it’s not like they’re going, ‘We made this up.’ So you know come on everyone that’s… giving them s**t about that… And Hulkster is really smart when he sees something cool. He might not come up with everything cool but he knows it when he sees it.”

Johnny Mundo selling his house to make his movie:

“It starts as a labor of love and then it ends up becoming something you have to finish because if you have a half-finished movie you don’t really have anything… I can’t even tell you how many hours I spent sitting with the editors and writing the script and how many tests we did designing the action ahead of time and I’m really excited to see how this (Boone The Bounty Hunter) does when it comes out. I think people are going to love it. People that have seen it generally leave with a feeling of, ‘Dude that was awesome! That was such a fun movie.’ And I’m hoping it opens the doors to do more stuff like this… I was so invested in this I ended up having to sell my house to pay for this movie because we couldn’t raise money off the spec trailer. Because who wants to give a first-time pro wrestler filmmaker a bunch of money? Turns out, nobody… Hopefully, this will be the proof.”

Ideas of Mundo’s that WWE turned down:

“That was one of the reasons I left (WWE) I was always having all these ideas… Like every week I’d pitch something like, ‘I want to have a tanning bed match with Shamus, loser gets locked in a tanning bed.’ “No.” I understand why that would be a no. I want to have a Porta Potty match with the Miz, to win you have to close someone in the Porta Potty and knock it over. I pitched these. I pitched all these ideas.  It makes sense why you couldn’t do them… I pitched the tanning bed idea to Vince (McMahon) and he laughed at it. I don’t know if he even thought I was serious. Mundo in Vince McMahon’s voice, “Ha ha ha Shamus is pale ha.” I wanted him (Sheamus) to come out looking like Brother Love covered in that red stuff.”

The difference between WWE and AAA:

“See this is the difference between AAA and WWE, I was wrestling Rey (Mysterio) in a Perros Negras (Mexican Border Town)… Some dude in the first row through a can of beer at me. It hit me in the back and fell down and I was kind of standing close to him… WWE, that guy would’ve been kicked out but this is Perros Negras… So what I did I picked the beer up and I chucked it back at the guy and it was… I’m not a very good throw but this one was a bullseye. I liked nailed him right in the face it blow up, it like splashed all over him and his friends. And when I looked over there I was like ‘ooh I might have been too good cause that guys embarrassed.’ And then I looked and he was with about twenty guys… Four of them hopped over the guardrail and there was only like one little security guard outside that tried to hold them back. And I ran and then Rey got out of the ring and got in the way too and was trying to stop them. And that instigated, I wouldn’t call it a full-blown riot, but it pretty much started raining like beers and coins and like water bottles and cups and they called the match and told me to get out of there. And to me, I was like that’s cool… That’s like one of the most real situations I’ve been in, in wrestling. And it’s not like that now. I think that’s the difference is that’s real heat. Where like the whole crowd was like we don’t just want to boo this guy we want blood.”

His upcoming trip to see DDP:

“I still haven’t checked out his performance center or his place in Atlanta. And him and I have been friends now for more than a couple years… We just figured like we’d pick a couple days and try to shoot some cool videos for DDP Yoga and maybe some sort of like Boone The Bounty Hunter/DDP Yoga hybrid workout type thing, but the idea was to just go and think of something cool to do together with the idea of like regardless of what either one of us gets out of it. It will be a cool experience.” 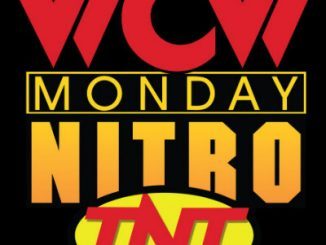 WRITTEN PODCAST RECAP: X-Pac 1,2,360 with Rikishi on Mabel cracking his sternum, working with Steve Austin, getting chokeslammed off Hell in a Cell, does the Stinkface actually stink? (Ep. 84)

QUICK QUOTES: X-Pac on missed opportunities in his career, his current relationship with Eric Bischoff