On the most recent episode of Lilian Garcia: Making Their Way To The Ring, Lilian opened up about her past eating disorder, a famous moment with The Rock, and more. Here are the highlights they sent along:

The possibility of a Hall of Fame induction:

“Why that makes me cry? Seriously guys, if I ever got that call I don’t even know how I can contain myself. Like it would mean that much to me. Like this business is something I absolutely love. It is my attachment to my Dad for sure and it’s just something that has been so, the journey is so incredible and all I ever wanted to do was do my best, you know? And just really go out there and make the stars shine with the announcement. I mean I think the announcing is so important, it sets up the whole thing, it really does. And to have, let me just tell ya, I feel like in ways that I’ve already won because of so many fans that have tweeted me and have sent messages. You even saying, you know it’s gonna happen, no, I can’t even …because there’s so many amazing people that have been inducted. But the fans already saying this, you saying that, that to me-WOW! That already has already meant so much to me.”

Her battle with bulimia:

“So what happened was they wanted me to be in a swimsuit competition the next, I don’t know if it was a few weeks later or whatever. I had never done a swimsuit competition…In the pageants I had; however, it was a long time I’ve been in the pageants. I also had since the pageants I had suffered from bulimia. I became very self-conscious with my body and the thought of parading my body in the middle of a ring for you know, people to look at was mortifying to me. I also though, when I told WWE that I didn’t feel comfortable about this and I mean I was really freaking out, I was in tears. I couldn’t even explain to them why because I hadn’t really come free and out in the open saying I had suffered from bulimia, I have body issues and so this is a really horrible thing for me to put myself in. I just-I’m gonna, I’ll break down right in the middle of the ring, I will I just know it. I had total respect for anyone who wants to do it, like I don’t care, you know if that’s what you wanna do, but for me, my personal thing…I struggled, the worst part about it I think was probably three years and then I finally got help. I threw up 15 times in one day…I drove around to different-McDonalds and then I’d go over to 7-Eleven and I’d throw up there. And I was just really going through a lot and in my life, I just remember feeling like I had no control. I was in college actually, I remember I was in college during this time…You know how I became-I just remembered now. I never had a weight issue at all growing up, but here’s the thing. I never had a weight issue, I hit college and all of the sudden my metabolism changed and now all of a sudden I’m gaining weight and I don’t know how to deal with it. And so that was the time where it just became popular to do that so I started doing that. And then it became-I lost control, I thought I was in control, I lost control. Plus that was before you knew it was bad for this, bad for that, all of a sudden my teeth are turning gray. It was just crazy…So anyway, that was the day I threw up blood actually and that’s when I said ‘I gotta get help’. So I went and got help and thank God for the guy, he was pretty fast at helping me out, patient, but it still lingers with me throughout the years and when I say linger, you will have an episode. It triggers, you throw up and then you go ‘ugh’ and then you’re like stay clean for a while and then you’ll have an episode and that went on for a few years.”

How The Rock’s “Strudel” was born:

“I did backstage interviews on Smackdown which is why The Rock and I had a lot of great backstage interviews because we were doing them on Raw and there was a whole chemistry there or whatever, which was cool that the writers saw that and went with that. Could you imagine if he becomes President, people are gonna start looking, The Strudel was born during my interview, oh my God! If you Google the Lilian Garcia interview, that’s like the first one you see.”

Her first time announcing in WWE:

“Twenty minutes before I’m going live they told me I cannot use cue cards…I had it written out because Tony Chimel helped me that afternoon and I had it written out. Thank God for photographic memory, because what I did then right before I went up-I literally, I’ve never been at a point where I thought I was gonna get so sick that I was about, I literally when he told me no cue cards twenty minutes before I’m going to go live and I’m already irate. And I was like, ‘ bad time for a joke.’ And they’re like ‘ no, no, no Kevin Dunn does not like, this is not boxing, you can’t.’ But I’m like, ‘But I don’t know anybody here and now I gotta know their weights, and their towns, what type of match it is, and if they hold the title ‘… I literally wanted to run ten minutes before we were going live, I wanted to run. I saw myself literally getting up and bolting outta there.”

When she was first offered a contract:

“They actually offered me the job the week after which was amazing. They offered me a year’s contract the week after. But I told them, I said, ‘Look, I really want-I don’t feel like, I’m just so green and I want to know what the road is going to feel like. So let me if you don’t mind, let’s stay with the trial basis and let me see’ and as you know, I ended up signing.”

“I remember my dad surprised me with tickets to township auditorium in South Carolina, in Columbia, and so we went and I saw André the Giant. I get to say that I was there live when André the Giant performed and I just remember being this little girl just like ‘Aaaaahhh’ and just loved it! That was a special Dad and I time. My sister and my mom did not like it, they didn’t get it, just totally didn’t get it. So they would be in the other room watching movies and stuff and Dad and I remember just screaming at the TV. You know, I loved it. I really got suckered into it.”

For the full interview, check out Lilian Garcia: Making Their Way To The Ring. 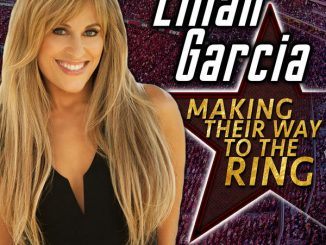 WRITTEN PODCAST RECAP: Lilian Garcia w/ Steve Austin on walking out on WWE, growing up shy, the advice Vader gave him in WCW 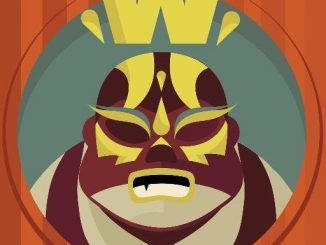 Justin Roberts Talks Triple H Looking Out For Himself, His New Book