– X-Pac would advise Enzo to avoid 205 Live if possible.

– X-Pac said that Austin Aries was extremely unhappy with WWE when he saw him.

– King wouldn’t comment on whether he would do a season of The Bachelor.

– King thinks joining WWE would be validating, but not necessary.

The crew reacts to Great Balls of Fire

Beyond X-Pac, Scott Norwood from Wrestling Compadres, TK Trinidad, Jimbo, and Denise Salcedo were in the room. They started by breaking down their thoughts on this weekend’s pay-per-view, Great Balls of Fire. X-Pac enjoyed it, but it “didn’t blow [him] away.” A joke was made about the name of the show, and X-Pac said that was all Vince McMahon. He could imagine Vince coming up with the name, and people saying “Oh, that’s a good idea, boss.” Norwood asked if that was normal. X-Pac said that some will tell him “no.”

Salcedo wanted Samoa Joe to kick out of the F5, at least one of them, but X-Pac said that kicking out was “not Joe’s job that night.” He said finishers need to go back to being protected more. He said it was a “hell of a match” where Brock sold well and they told a good story. He said that it was important they didn’t go too long and lose the crowd. He was also happy there were not too many high spots in the match. Norwood liked that they made the Coquina Clutch feel dangerous like in MMA.

Salcedo thought the beginning of the Hardyz match was slow, but the ending was amazing. X-Pac liked the match, but didn’t like the quick pinfall. Jimbo thought Enzo cut a “great promo,” but thought it was undercut by getting beaten so bad. X-Pac said that if he were in Enzo’s position that he would have “kept [himself] alive more” doing the match. He said that he needs to know more “creative ways” to stop big guys. X-Pac also advised that Enzo to “not do the 205 Live route” because he thinks it will hurt his career. He said the main roster is always where you want to be, and he wasn’t convinced by the idea that Enzo could be the star of the division.

Norwood liked the Miz-tourage, and X-Pac said that he think Bo Dallas is “gonna make a mark at some point” and proved himself a great babyface in Florida. X-Pac wasn’t into the Wyatt and Rollins match, so he didn’t comment on it. Salcedo said it was a poor build and she was not “emotionally invested.” Norwood said he was surprised they had only wrestled twice because he feels like he’s seen it a lot.

Austin Aries getting released from WWE was brought up. X-Pac said, “Apparently someone in the company wasn’t happy with him.” He might have rubbed someone the wrong way. X-Pac talked to him, but he wasn’t “spilling his guts” to him. He said that it was the right thing for everyone and Aries can “go anywhere” he wants with his talent.

Kenny King on meeting X-Pac and getting into the business

X-Pac started the interview by asking if Kenny’s mom is doing okay. King said that as of May, his mom is cancer free. They then reminisced about first meeting in 2008 ,which was in Full Impact Pro in Florida, a feeder promotion for Ring of Honor. King sold X-Pac as a ring leader who really made him feel comfortable being a young guy then. X-Pac remembered getting hot at guys at ringside hitting each other with chairs, but they weren’t really hitting hard, so he went outside and showed them how hard they should be hitting.

King was trained primarily by Al Snow when he was in the second season of Tough Enough. He was asked if he knew the toll wrestling takes on the body, and King said that he had a good idea from watching wrestling a lot of his life starting with Wrestlemania III and also through playing football. He’s been lucky enough to avoid injury most of his life, and he credits it to keeping in shape, stretching through exercise and yoga, and keeping weight off.

King dishes on his time on The Bachelorette

King, who was recently on The Bachelorette, said that his family and friends complimented him when they said, “I saw you” on the show, meaning that he was authentic and truly himself. He said that the producers of the show “didn’t set me up,” but he also knew not to give them “anything to hang [him] with.”

X-Pac praised King for representing wrestling “fantastically” on the show. King appreciated it and didn’t want to be seen as “a meathead” by the audience. X-Pac thinks it’s important for the public to know that wrestlers have to be smart to survive the business. King was asked how similar Tough Enough and The Bachelorette were. He said they were “similar,” but where on Tough Enough, they were told to avoid going out, they had a lot of free time on The Bachelorette. Most evenings and weekends, the cast was able to do what they wanted because they wanted to give the men “enough rope to hang themselves.” He got on the show after a Hollywood blog writer-friend of his asked if he had interest and he eventually received a call from a producer at ABC. They were sequestered for seven weeks with no television, no internet access, and no cell phone. He was able to talk to his ten-year-old daughter only because he was insistent on it.

He truly is looking for a significant other and admitted that a “small nuclear bomb went off in his DMs” after he was on the show. When he was asked if he would do The Bachelor, he would only say that that was “a bridge we’ll cross when we come to it.” He hasn’t spoken to Rachel, the actual bachelorette of the show, since he was voted off. He said the remaining four contestants are all “quality dudes.” He knows who is chosen, but he’s legally prohibited from discussing it. He didn’t let Rachel meet his daughter because he was afraid she would become attached and not understand if things didn’t work out. The whole show was incredibly draining mentally, he said, because a contestant would only see Rachel on dates for ten to fifteen minutes at a cocktail party and would have to try to make every moment “memorable.” He said that he was just “kickin’ it” most of the time because there wasn’t much to do being sequestered.

King would read and work out, but one can only do that so much. They had constant access to alcohol, but the men still had to act like adults and not college kids who drank the whole time. He did say that Jameson played a part in his verbal dressing down of another contestant, Lee. That incident became a constant source of frustration because nobody would let it go, not Rachel or the producers. He joked that his wrestling friends were mostly upset with him for doing the show because their wives or girlfriends made them watch the show, or because they keep having the wrestlers ask questions of him about the show.

King was asked about the Conor McGregor and Floyd Mayweather fight. He said he would only bet on McGregor because that’s the only way to make any money on the fight. However, he said that McGregor “isn’t in the same galaxy as Floyd Mayweather.” He thinks they are just trying to get Mayweather’s record to 50-0 and that it’s all just “entertainment.” The only surprise he said would be if Floyd “takes Conor’s head off.”

He is currently still under contract to ROH for another year. He had his first couple matches after The Bachelorette in June, which were pretty painful after his longest break in four or five years. When he wasn’t wrestling, he said it felt weird to have nothing on his body hurting. He was asked about the difference between TNA and ROH, and he responded quickly, “I get my d**n check on time, bro.” He said the culture at ROH has always been “We’re gonna blow s**t up,” which is something he appreciates. He talked to WWE in December, specifically to William Regal. He didn’t want to move to Florida and uproot his daughter, however. He said that being in WWE would be “validation” of his career, but it “doesn’t keep [him] up at night.” He wants to wrestle at the Tokyo Dome, which is a possibility being in ROH, and he said that would be just as gratifying.

He was asked about Austin Aries as well. He said that Aries is “a guy who knows his value.” He’s “not mark for himself or any company with three letters.” X-Pac said he was “the most unhappy I’ve ever seen him” recently. He said that he understands not wanting to be wasted. King said that he hasn’t talked to Aries recently, but he assumes if Aries did this, he must be happy about it.

King was asked about the angle with Shawn Hernandez and the Beat Down Clan being scrapped. King was really disappointed by the whole thing and the mistake ruined the whole angle. He also said it was ridiculous to blame MVP for anything with the situation. MVP only recommended Hernandez, he said, and the company has a whole office that is filled with lawyers that should have asked to see his non-compete, so why MVP was blamed for anything was beyond confusing. He was asked if his feelings on Jim Cornette had changed by Norwood, and King responded that it could be “the best day of my life” and he would find a million dollars in the street, and he would still say, “F**k Jim Cornette.”

This was a decent episode of the podcast this week. Kenny King is a nice guy and engaging persona. For anyone interested in The Bachelorette, the bulk of the interview might prove interesting. Those interested in wrestling only might want to skip to the last part of the interview only. While everyone said they liked Great Balls of Fire, the discussion seemed to undercut that notion a bit as the energy was a bit low this week. X-Pac had some interesting comments and observations, especially about Enzo and the Roman/Braun angle. 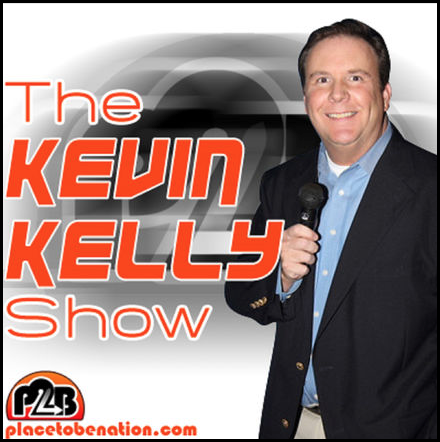 RECAP AND REVIEW: Jim Cornette’s Drive-Thru on where the name for Smoky Mountain Wrestling came from, if Elvis was going to get into the ring, Rick Rude and Manny Fernandez, how do you get a manager’s license? (Ep. 76)