– Paul Lazenby’s newest book, When They Were Bouncers 2, is released.
– Lazenby is working on a third book in the series and taking to El Rey about a possible TV series.
– Lazenby just finished up stunt work for the upcoming Predator remake.
– Austin criticized the use of the phrase “sports entertainment” by WWE.

Introduction to the show

Austin started the show by telling everyone about his guest, a good friend who he’s mentioned plenty of times, stuntman and author of both When They Were Bouncers, Paul Lazenby. Austin even wrote the forward for Lazenby’s latest book. He also announced that he’s not going to be talking to Wade Keller for a few weeks because he’ll be filming Broken Skull Challenge and won’t be able to watch Raw and Smackdown.

Austin proved how close he is to Lazenby when he said that he’s one of the few people he ever invited to the Broken Skull Ranch when he owned it. He normally respects his privacy too much to shut himself in with others. He said that Ric Flair was once staying there, and they were so far off the road that Flair claimed he felt like he was in Afghanistan. The two men reminisced about their times at the ranch, including the pot holes that would form on the road leading to it. They also discussed a time that a drought caused all the water to evaporate on the property, and they used the dying fish as target practice.

Lazenby recently finished filming stunt work on a remake of Predator, helmed by director Shane Black. He thinks a combination of the director and a “different take” on the story has a lot of people optimistic it will be good. He was playing a wrestler on a television show recently and wanted to have a tattoo that said “RIP Dream” in honor of Dusty Rhodes, but the show vetoed it. In Predator, he was able to get them to allow the tattoo and he hopes it makes it on screen.

Lazenby, someone very knowledgeable about Japanese wrestling, was in Los Angeles to see the G1 Special in Long Beach. He also wanted to see his friends, Don Callis and Bas Rutten. He was glad to see Juice Robinson who he became impressed with months ago in a match against Cody Rhodes. He also loved Okada’s selling in his match with Cody. Austin agreed with both sentiments. Robinson’s match with Zack Sabre Jr. was one of his favorites on the show, and he thought Okada’s selling of the calf slicer was “Shakespearian.”

Lazenby said many people are getting tired of WWE, and New Japan offers an alternative: “It’s wrestling for people who like wrestling.” Lazenby also thought Kenny Omega “lit it up” and was bringing storytelling back to wrestling. He was at a PWG show and was worn out by intermission because it was most a spotfest. He said that after intermission, Kyle O’Reilly and Chris Hero came out and put on a forty-minute match with a lot of mat wrestling, and their storytelling energized the tired crowd. Consequently, he still believes storytelling is what people really want in wrestling.

Austin said he was surprised that Naito lost to Ishii that night. Lazenby said that he worries about Ishii’s style of wrestling leading to an injury but it’s fun to watch right now. Austin noted that he was surprised by how little support there was for the boys on the outside of the ring for when they do spots out there, and how Rick Rude was injured in Japan due to that. He’s surprised it’s not improved by 2017. Austin then asked if Lazenby thought Kenny Omega could be “the guy” in America. Lazenby said, “If they let him.” Lazenby said it seems in WWE that they chose if you’re the guy and if you’re not, you’re not allowed to get yourself over.

Austin asked Lazenby about how his long term memory is so good to remember names. Lazenby said that he’s had plenty of concussions and a bad one on the set of Arrow last year while doing a stunt. He said concussions primarily affect one’s short-term memory though. To combat that, he’s trying to read more and also watch television and use his phone less. Sometimes he even leaves his phone at home just to get away from it because everyone is so connected to their device. They also discussed a couple stunts.

Lazenby told a story about having to use an air ramp, a device that uses compressed air to catapult the stunt person in the air. It’s dangerous enough by itself but in the stunt, where he subbed in for Austin, he also had to turn his head away from the camera, have flames shot into his face, which was covered with fire gel, and he wasn’t allowed to use pads. After all of that, they didn’t even use the footage of the stunt. Austin remembered the stunt and said the filming was so low-budget, that sex dolls were used as fill-ins for the actresses playing his wife and daughter during a scene where they were trapped in a car.

Austin and Lazenby talk When They Were Bouncers, weightlifting, and Mike Tyson

Lazenby just recently released When They Were Bouncers 2, a collection of stories from famous people who used to be bouncers. It has stories from people like actor Theo Rossi and wrestlers like Samoa Joe, Chris Jericho, and MVP. He said that anybody who bounced for any length of time has crazy stories to tell. The books have been so successful that he’s already working on the third. He has also talked with El Rey about a potential television series based off the books. He said it’s great for readers because they can read the book in short increments.

They moved to talking about Paul’s recent weightlifting regimen. He’s currently benching once per week, incline pressing once per week, and deadlifting every two to three weeks. He said many people deadlift too often. Mike Tyson came up in this discussion, and Austin mentioned that he ran into Tyson recently at restaurant and talked to him briefly. He would love to have Tyson on the podcast because he liked working with him back for the Wrestlemania XIV angle. He said that Tyson shoved him really hard and while it was still a work, it was “damn near shoot” in the way they went after each other. He was glad Gerald Briscoe and Sgt. Slaughter held him back because Tyson would have knocked him out if Austin would have gotten to him and gotten too rough. They both put over Tyson as a good guy who has owned his mistakes, which is rare nowadays.

Austin and Keller start by discussing Smackdown, which Keller thought did well by using a “variety of ways to promote the pay-per-view” this weekend. Austin thought A.J.’s comeback and “intensity” was the highlight of the show. He felt others in the match should have followed that intensity but didn’t live up to his example. Keller said that he doesn’t think Baron Corbin is what is needed to bring out what is needed in Nakamura and only A.J. Styles might bring that out of him. Austin reiterated his statement that WWE is making Nakamura just “another guy.”

Austin said that his takeaway from Raw was that Michael Cole said, “This is sports entertainment at its finest.” Later, in The Revival match, someone said that it was “tag team sports entertainment.” He wanted to know if “wrestling [is] a four letter word.” He said the use of those phrases really take him out of the match. He stated, “Don’t kill me while I’m trying to suspend my disbelief.” Keller said he thinks it’s fine to use for the stockholders and other corporations if they wish, but not for the fans.

They moved onto talking about the Kurt Angle and Jason Jordan angle from Raw. Keller said that fans on his poll were “not hostile” but overwhelmingly negative about the angle. One thing he didn’t understand was why the build to the reveal was that the situation was scandalous but then it was “a heartwarming reunion” in the ring. He said that might have disappointed people. Austin was glad they were shooting a “big angle” and thought it could be a “rub for the kid,” referring to Jordan. Keller said that it’s an opportunity for Jordan, which is great. Ultimately, he believes it will lead to Angle wrestling HHH in some way at WrestleMania, possibly because this illegitimate son story is a ruse by Stephanie McMahon and HHH.

Lastly, they talked about Braun Strowman interrupting the Samoa Joe and Roman Reigns match in the main event. Keller said that Joe is getting “an unapologetic push” right now and is being put on Reigns’s level. He agreed with Jim Ross who recently said that Strowman is a “monster character babyface” that will make a lot of money for WWE. Austin was a little less enthusiastic about the segment. He said that Strowman got the pop when he came out, but stayed in the ring too long and didn’t get the same reaction when he left because he ruined the finish to the match that people wanted to see the finish to. Austin said they can’t wait much longer to turn Strowman babyface or they might “screw up” his momentum. They ended their discussion laughing about how much they enjoyed the Fashion Police segment this week.

This wasn’t so much an interview with Lazenby as much as it was two friends getting together and talking. Austin always has an authentic conversational style with guests, but it’s obvious that these two are good friends. Because of this, the show isn’t the most structurally coherent, but it’s full of good stories and plenty of laughs. Austin’s general conversation with Wade Keller, especially his comments on his dislike of the phrase “sports entertainment” and his analysis of Braun Strowman, are certainly worth a listen as well.

For more, check out last week’s recap of The Steve Austin Show Unleashed! with Jim Ross. 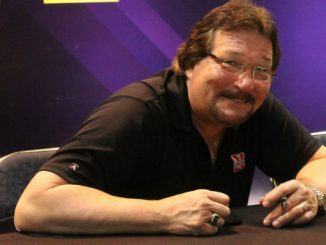 RECAP AND REVIEW: Heated Conversations with Booker T on losing to Triple H at WMXIX, the future of Brock Lesnar, UFC vs. Bellator, glory days in WCW and more (Ep. 163)