On the most recent episode of the Triple Threat Podcast, Shane Douglas talked about Jim Ross and NJPW, as well as Curt Hennig’s ribs on the locker room. Here are some of the highlights they sent along:

On the fan backlash to Jim Ross / NJPW commentary:

“Having been a commentator on pay-per-view broadcasts I can tell you that it gets very difficult. I can tell you at the Dayton pay-per-view with ECW I was doing color commentary with Joey Styles (had the privilege of doing that) and we had three or four of the Japanese wrestlers on that show. When you look at it as a building that is dimly lit and you get a name that you are trying to pronounce for the first or second time it can be very difficult. Jim Ross has said publicly about it that he has taken the blame and it was his screwup and he owns it and I respect him for that but to go on live television and with all the other things that go into it like the production part, you are sitting in a building the day of and having all sorts of meetings and there are 1,000 problems popping up and to expect someone on their very first time calling a show to get every name right and foreign language names at that right can be very difficult.”

“The main thing that I say is wrong with it is what is wrong with the internet in the first place. It gives an equal voice to everyone (which is great) but if everyone has their facts straight. There are so many things that go into the product and when you get Jim Ross calling a WWF/WWE show or a WCW show or a UWF show keep in mind that he has been working with those guys for months, if not years. Certainly, those names are going to be easier to call because you are talking to them seven days a week. To come in and to have a whole entire roster of wrestlers that are for the most part foreigners and trying to get that down can be very difficult. I’m sure Jim Ross isn’t proud of it and it probably won’t happen again and I can imagine that with Jim because he is a solid pro. With the internet, if I took anyone of those fans and said I am going to give you thirty names of people and put them on a paper and just go call the matches, I can guarantee they would mess up a name or two.”

“I just think with this whole internet thing it gets crazy because everyone wants to jump on and pounce and it is almost like they are just waiting. Like I will listen to this podcast and wait for Shane to make one comment that is wrong or pronounce something wrong and I am going to jump and pounce and say he is the biggest jack-ass that has ever lived and done a podcast. That is easy. That is easy sitting in your living room or in a basement reading the internet and typing your stuff out. I’ve always known Jim Ross to be an uber professional and sometimes to the point of being a stickler for things and I know when I was calling that pay per view with Joey, he was a sticker like that and very much on the level of professionalism like Jim Ross and others like them.”

Shane’s recollection of the “Perfect Rib” Performed by Curt Hennig:

“He (Curt) could be a real stiff ribber. If he didn’t like you or there was a reason for it or you were doing something and if you would go in there (to the locker room) like you were a big star before you earned your stripes. We got on a plane one day and the entire first class was wrestlers upgraded and one ordinary citizen/non-wrestler and course he is sitting next to Curt Hennig. Curt was in row 2 and I was in row 3 across from him and he was to my left in the window seat. Curt talked to the guy for a few minuets and tells the guy that he was really tired and he needed some sleep because of the TV taping that night and he tried to go to sleep. About five minuets into it the guy wakes him up and said that he’d hate to bother him again and would go on some more and this happened like two or three times. We all know sitting and watching this that Curt is going to rib this guy. The guy gets up to go to the bathroom.”

“Curt wasn’t the kind of guy to say: “Hey guys watch this.” That wasn’t his way. So Curt just stops and puts his hands down his pants and was digging around and pulls his finger out and takes his finger and rubs his finger on the rim of the guys glass and I’m looking at this from the row behind saying man that looks like sh*t. When the guy came back and sat down he keeps talking to Curt and about five minuets later for the first time he picks up his glass and puts it like three inches from his lips and we all gasped and tensed up like he was going to do it and he stopped and put the glass down. So I am thinking he had to smell it and he knows what is going on and finally just when I think that he takes the glass and takes a long drink from the glass and pulls it away from his mouth and he’s licking his lips and he says: ” Stewardess can I have a clean glass? This one tastes like sh*t.” We are all cracking up and Curt is there in the window seat with his shoulders bouncing up and down and that was Curt.”

For the full episode, check out The Triple Threat Podcast.

QUICK QUOTES: Rick Bogner on being asked to play the Fake Razor Ramon, being paired with Kane as the Fake Diesel, working with a heel Jim Ross, how Shawn Micahels treated him 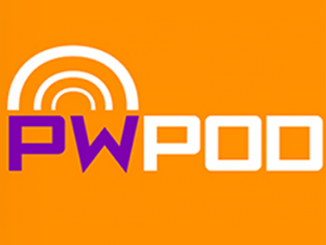