Sam welcomes everybody to the show as always. He says there is a lot to talk about in State of Wrestling from Raw and SmackDown Live to TNA and WWE’s Christmas schedule.

He then sets up this week’s interview with Big Cass. It was conducted before his recent injury. Sam says he was sad about it, as he feels Big Cass deserves the push he was about to get.

Sam welcomes Big Cass to the show. Sam says he is excited about his push, which Cass admits he feels the same about. Although he stated there is pressure, especially after working with someone else for so long.

Cass feels it is a good pressure because people had a feeling that fans thought he couldn’t talk. But he doesn’t think that is the case. Cass said Dusty Rhodes always enjoyed his promos. Dusty used to go to bat for him to the office about how good of a talker he was.

Cass believes he’s dealing with the experience of being out in the ring alone and talking. He said that even though the fans try and get to him, that is what he wants and he’s proving himself.

Sam mentions when Enzo Amore was injured, and Cass had a month working as a singles star. He wondered if Cass thought it was a test. Cass said he always thought he would be a solo performer and would be a top guy in the company. He knew the opportunity was a good thing.

Cass thinks that if he had messed that chance up then they might not be having this conversation with as a singles wrestler.

Sam asked who Cass looks up to in-ring wise, as he can’t wrestle a style like Ric Flair due to his size. For Cass, he looks to The Undertaker and Kevin Nash but stated he watches tape of everyone and tries to take little pieces of everything.

Backstage, Cass said he learns a lot from Big Show in terms of advice and experiences, which Sam thinks is a good thing considering the problems Show had earlier in his career.  Cass also said Triple H is someone he listens to a lot. And he always tries to talk with The Undertaker when he is around and pick his brain.

Sam asked about the speculation with Enzo’s heat. Cass said he is what you see on television and that is how he got this far in the industry.

He admitted he hasn’t started distancing himself from him in real life, but he does think that a lot of the things people put online isn’t true.

Sam wondered how it felt leaving NXT after they had been there for so long. Cass confirmed they wanted to be out of NXT, even though they loved working there. He felt like it was a collective effort and they were really proud of what they built, but the goal had always been to be on Raw or SmackDown Live.

Sam then asked why they never picked up the NXT Tag Team Championships. Cass thinks it helped that they never won the belts, as the fans tell people backstage who their guys are and they were that.

Cass said he loved the feud with The Revival. He thinks the fact they could never get the titles from them kept them as heels in the fans’ eyes.

Cass said (without hesitation) he wants to win the Universal Championship and headline WrestleMania when asked about his future goals in his career.

He wants the goals to happen as soon as possible as he is hungry. He said he wanted to be a wrestler from when he was a kid. They discuss the fact that Cass was at medical school to be a doctor but he spent his time watching wrestling instead.

Sam asked if it’s hard being in a relationship with Carmella when they are on separate shows. Cass said they hardly see each other. They only get one-and-a-half days together and they try not to talk about wrestling at all during that time. Sam then said it’s been great seeing him develop and that his ‘class of NXT’ are now all on the main roster. This brings the interview to an end.

Sam mentions his upcoming live podcast at the Now Hear This Festival, where he announced his live guest will be Bobby Lashley.

Sam then moved the topic on to last week’s show and the news that it made with the internet going wild over some of Sasha Banks’ comments. He noted that some people chose to credit him while others did not, which he said is okay as he doesn’t do it for the credit.

He said there was valid points that some of the wrestlers said, but he believes Sasha is more vulnerable due to her being a small female. While he said that is a terrible thing, that is sadly the world we live in and grown men showing up to see her is different to seeing a male wrestler.

Sam said he enjoys storytelling and that is why he leans to WWE more than other companies. He thinks SmackDown Live had some of the best storytelling he has seen in a long time this week.

He mentioned the Carmella and James Ellsworth split. He was shocked at why it was happening after Ellsworth had helped her win the Money in the Bank briefcase. He said the second segment with the kiss and slap is exactly what wrestling is supposed to be. That showed that it wasn’t a random decision, it was a step in freshening up the act.

Sam thought that a lot of the stories on SmackDown were co-existing with each other, which he thinks makes fans care about them even more.

Sam thinks the in-ring confrontation with Kevin Owens and Shane McMahon was great, but he thinks the continuation was brilliant as it would normally be done with just that initial angle. He also adds that the Kevin Owens suing storyline is very interesting.

He thinks that as the show went on, different people were being added to the story, which was happening in several feuds. The fact they managed to do another in-ring segment later shows the story isn’t stale and the news of the suspension was a big deal, which he thought was the end.

Sam says next week’s show is a little bit like a PPV. This is a smart thing to do because of the large gap between the brand’s next actual PPV.

He noted that it wasn’t a big surprise to see Shinsuke Nakamura win, but added he thinks the reason Randy Orton beat Rusev so easily is to keep him strong for a moment like this. Sam believes you look at Nakamura much differently after beating someone like Orton over a Dolph Ziggler.

Sam thinks it is clear the WWE is behind Nakamura but they still need to make Jinder Mahal more credible. He believes Jinder should beat someone big next week and questions why he can’t beat Sami Zayn if Aiden English can.

Sam thinks it is crazy if Jeff Jarrett is no longer involved with the company as GFW is something he created. He said this is why he doesn’t talk about Impact very much, because nobody can keep up with anything that is happening.

He spoke about the article that he read, which questioned Jarrett’s contributions with so many key stars leaving the company such as Bobby Roode and the Hardy Boys. Sam mentioned how that isn’t just Jeff’s fault, it is the company in general who haven’t used them at all.

He said there are so many people who are getting a break with the company that are talented and he doesn’t want to see them unemployed.

Sam mentioned the fact Raw is going to be live on Christmas and New Years and while he thinks it sucks for the talent, as a fan he isn’t bothered about it. He thinks if it is just a throwaway show like holiday shows normally are then it isn’t cool.

In terms of this week’s Raw, Sam thought it was decent. He was happy to see The Miz pick up a clean victory over Jeff Hardy.

Sam says everyone should take a second to think not long ago people were chanting at the Big Show to retire. Sam said he hasn’t seen him look as good as he was this week in years. He added that this is how WWE should book him, using him sparingly. Sam adds he is a headline Hall of Famer.

He moved on to the John Cena and Roman Reigns segment and said there is legitimate star power whenever they are in the ring together. He also felt that Jason Jordan had a hell of a match and thinks he won people over.

Sam worries that the Kurt Angle son situation was just to get some shine on him. He thinks he needs to lose matches but look good, with people questioning why he keeps getting big matches with people like Cena.

Sam wants Jason to eventually turn on Angle or have a situation where he is manipulating Angle to turn him heel to add more backstory.

This wraps up the show for the week as Sam plugs his live show one last time.

This was an interesting episode, as expected, that was very heavy on news and recaps of the week’s wrestling with a much larger State of Wrestling section compared to his interview. The conversation with Big Cass was a good one and he came across very well, but it was the State of Wrestling that stole the show this week due to how much there was to cover.

Matthew Wilkinson is from Bradford, England. He’s been a fan since the late ’90s with the Attitude Era and was then heavily invested again through the rise of CM Punk and Daniel Bryan. He can be found on Twitter at @MC_Wilkinson1

For more, check out our archive of The Sam Roberts Wrestling Podcast. 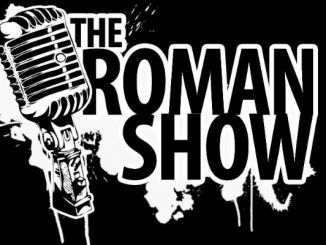 QUICK QUOTES: Kurt Angle reveals who gave him his best matches, who he wants to wrestle on the WWE roster, Roman Reigns