Cody Rhodes held a brief Q&A on Twitter this afternoon, apparently while in-flight. Using the hashtag KissTheRing, Cody chose to answer a select few questions. Here’s what went down:

What is the best Batman storyline?
Cody: Hush & RIP for me

Who’s going to win the MLB (World Series)?
Cody: I’ve got that #PinstripePride (in reference to the NY Yankees)

From what you’ve seen so far of Star Wars: The Last Jedi, are you a fan of the Porgs? Do you expect them to be as annoying as Ewoks?
Cody: People were annoyed by Ewoks?!

Who from the indie scene would you like ROH to sign?
Cody: DJZ, Joey Ryan, Scorpio Sky… a bunch of others

Will you change your legal last name to Rhodes?
Cody: That is my name

Rush’s Analysis: Often times, Twitter Q&A’s do not bring out the best in social media users, and this was no exception. Cody only chose to answer a few questions. Perhaps it was due to time constraints, though more likely it appears to have to do with the quality of the questions. Other than being asked numerous times for his “Thoughts on (insert WWE-related subject),” there were also many ‘this or that” type of questions.

Social media in general, and Twitter specifically, provide wrestling fans with the kind of access that would’ve been unheard of ten years ago. Combine it with the general anonymity that comes with using the platform, and people who maintain enough of a respectable human persona in their daily lives to stay current on their internet service or use a computer at a library will slip into trolls the second a Q&A pops up. Even when seemingly not intending to be crass or offensive, all too often, people seem dumbstruck at the opportunity to talk to a celebrity and get lost in the headlights. It’s hard for me to imagine Cody holding a live press conference and opening the floor to questions, only to be hit with “you like burgers? whats on the best burger?”

Nonetheless, Cody found a way to kill an hour while traveling and we now know he’s a fan of the Yankees and Joey Ryan. 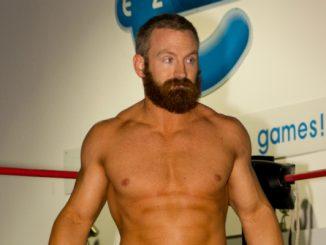 QUICK QUOTES: Cody Rhodes discusses his opinion on the reemergence of Starrcade and War Games

PODCAST RECAP AND REVIEW: X-Pac 1,2,360 with Cody Rhodes on the biggest thing he’s learned on the indy scene, differences between wrestling in Japan and the United States, what keeps Bullet Club going, invading Raw (Ep. 81)