Jim Cornette was a recent guest on the most recent episode of Dinner With The King to talk about a recent incident at a Bruce Prichard live show. Here are the highlights they sent along:

Cornette on exposing himself to the crowd during Bruce Prichard’s live show:

“As we were sitting there at our two man podium, I noticed there were several photographs on a table next to me. One of them happen to be of a gentleman named Vince Russo.

I held it, as Bruce Prichard was speaking, and I help it up. I couldn’t believe my eyes. I couldn’t warm up to Vince Russo if we were cremated together.

I hold this photo up, and many people react to this. It’s almost like Trump holding up a picture of Obama. I stood up, and Bruce saw it. I guess he’s on a budget. He said, ‘Corny, don’t tear it up.’ Because I was going to tear it up.

So I put the picture down and I was standing it over. I was attempting to channel Jimmy Valiant doing the dog-peeing spot without actually getting on my knees because my knees are bad.

I grabbed my shirt with my right hand and with my left thumb I hook the band of my elegant sweatpants that match the Cornette face shirt. I was going to do the quick pulldown, like I’m going to do it, but no, I won’t.

Apparently the left thumb went a little too far south for just a second, I don’t know. Little Johnson and the twins could have available for a brief second. Everybody roars and sits down.”

“I thought they should have done War Games from the very first. That’s one of the greatest gimmick matches that consistently worked where nothing else was working, that worked.

They have never done multi-ring matches, because they think it won’t translate well to television. That’s what I always heard. Yes, they should try those concepts.

Why not do a Starrcade-themed PPV mixing live matches with the history of Flair to Race for the NWA Title to The Skywalkers to the WCW era. It sells their product.”

For the full interview with Jim Cornette, check out Dinner With The King. 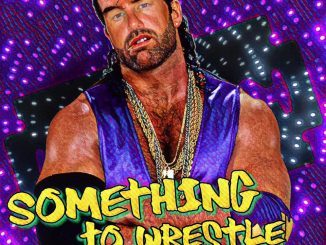 WRITTEN PODCAST RECAP: Something to Wrestle With on Scott Hall in the WWF: The iconic gangster film Vince McMahon has never seen, inside the epic WrestleMania X ladder match, wrestlers the Kliq took issue with, Walter Payton is a wrestling genius (Ep. 60)

RECAP AND REVIEW: The Steve Austin Show with Dr. Tom Prichard on the legend who smartened him up to the business, his favorite territories to work in, why it was easier for him to be a heel, travelling with Austin early in his career 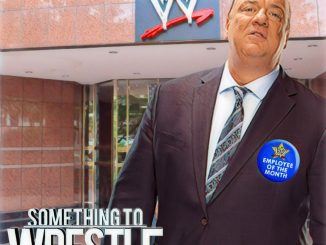