Jacobs discussed taking a risk on a memorable angle he’d written for the Miz and Dolph Ziggler:

“There was a promo segment in Cleveland with Miz and Dolph Ziggler, and Dolph said he was going to put his career on the line. Some days your ideas go through and sometimes they don’t, but this was one of those days when my ideas got through and then they worked.

“John Cena was always really great to me. John saw that I had the passion, so he’d always check in on me. He asked me what I was doing that day in Cleveland, so I told him. He gave me a ‘Well, we’ll see how that goes.’ He was really skeptical, basically saying ‘I don’t think that’s going to work,’ and I’m not knocking John Cena. John was the man. I f**king love John Cena. But with the way I had it laid out, we weren’t leaving on boos directed at the Miz or Dolph ending by saying, ‘I’m going to kick your ass.’ We were leaving on the gravity of Dolph putting his career on the line.

“John said to me ‘We’re in a yay-boo business. You’ve got to leave them with either cheering Dolph Ziggler or booing The Miz.’ So I said, ‘Well, we’re up in four minutes, so we’ll see.’

“John watched from Gorilla. Afterwards, he said, ‘I was skeptical of that, but that was a homerun. I really felt that.’ I was really proud of that.”

Regarding his life following his release from WWE last month for posting an image of himself with members of the Bullet Club:

“I’m in the best place physically and mentally as I’ve ever been. I’m hot right now coming off WWE and I know that’s going to die down. I’m going to have fun and enjoy myself. Being on the other side and working for WWE, there are benefits and negatives. I can now appreciate the freedom of being an independent wrestler again.

“There is a lot I learned working for WWE and working with Vince McMahon. I don’t agree with everything he does or says, but there is definitely great s**t to take away. The truth is, I posted that selfie and nobody gave a f**k. It took WWE firing me for people to care about that. If you’re going to get fired, running an angle with the hottest group outside of WWE was a good way to do it.”

When asked for his thoughts on who the best wrestler in the world currently is, his response was surprising:

“If I’m picking teams, right off the bat, for everybody who knows what the f**k is up in wrestling, it’s Joey Mercury. It’s a crime right now that more people don’t have him on their shows. I don’t know why Impact would have interest in me before him. He was producing and booking shows at the highest level possible, he was a coach in NXT, an on-air talent and produced segments right after. He’s the smartest person I’ve met in wrestling, and I’ve learned the most from him. If I was starting a wrestling company, he’d be my first guy.”

The article also covers Jacob’s background before wrestling, his thoughts on Kevin Owens and Sami Zayn being flown home early last week from a WWE trip overseas and more. To check it out, visit Sports Illustrated. 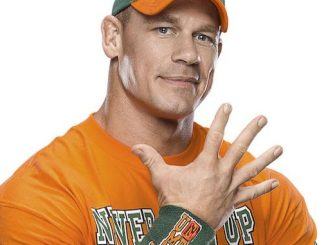 QUICK QUOTES: John Cena on if he’ll ever play a superhero in a movie, who supported his dreams as a kid, being a role model

RECAP AND REVIEW: Heated Conversations with Booker T on coming out of retirement, Ronda in The UFC Hall of Fame, Daniel Cormier and the G.O.A.T of MMA, a Randy Travis cover and more