• Usual formula in which Brian Last asks Jim Cornette email questions from fans about wrestling history with great chemistry between the two.

0:00 – Intro begins with Jim talking about Jerry Lawler/Ron Fuller feud from the mid-70s. Jerry Jarrett gets a lot of credit for recognizing Lawler’s talent early on. They also talk about Memphis wrestling’s commercial success, particularly at the Mid-South Coliseum, under Jarrett.

10:20 – WWE had a condo in Stamford, Connecticut where newer employees who had just moved into the area could stay. Southern employees were often miserable: Jerry Jarrett was drinking two bottles of wine every night and Bill Watts “when he left, he s**t in an undisclosed location in the condo and left it there as a present.”

14:00 – Jim’s not sure where Bruce Pritchard’s dislike of Jerry Jarrett comes from.

15:53 – Jim talks about Erik Watts not being “ready” for the spot when WCW pushed him and then talks about the Bill Watts’ early career. Psychology was very important to his work, as was often the case back then.

21:20 – Jim clarified that his statement about Biloxi, Mississippi being “a s**t town” was due to the fact that it never drew good crowds.

27:27 – Jim talks about meeting Ted Turner in the catering area after the purchase of Crocket.

31:21 – Jim thinks that the Honky Tonk Man gimmick was too silly for the NWA but a serious Jake Roberts or Jim Duggan (who’d worked in Mid South) could’ve been over. Jim and Brian then talk about Sgt Slaughter and his big runs in the 1980s.

36:35 – Jim doesn’t think Dusty ever took responsibility or apologized to the wrestlers for Crockett going out of business, because most of them had made a lot of money through his booking and it was up to Jim Crockett Jr. to say “no” anyway as he was the financial backer.

38:33 – There was only one Ultimate Warrior! Discussion about rumors in wrestling around that time.

41:05 – Discussion about Ole Anderson being a fairly miserable and hostile fellow.

44:05 – Jim answers question about David Von Erich. He never met him but confirms he was a respected worker and earmarked for success although he considers Kevin to have been the best pure athlete in the family.

48:30 – Jim talks about the talking ability of Skandor Akbar and how his legacy has been hurt by having a career primarily in the pre-video era.

51:25 – Discussion about wrestlers being “fired up” and overly enthusiastic in their home towns. Jim talks about a blow up between him and Ole Anderson.

56:40 – Discussion about the original plans for Survivor Series 1997. Vader was originally slated to take the belt from Shawn Michaels but that was scrapped due to Michaels not wanting to work with the stiff Vader. Jim (who was managing Vader at the time) was going to go to the ring dressed as General Santa Ana for the proposed rematch at the Royal Rumble 1998 at the Alamo Dome.

Not quite as good as usual but there are still lots of funny and interesting tidbits. 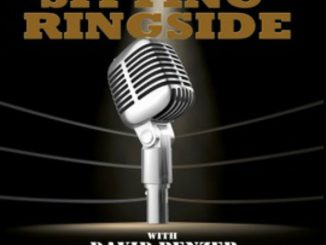 QUICK QUOTES: Jim Cornette reveals whether he likes Sami Zayn and Kevin Owens, which indy star is an “idiot”

RECAP AND REVIEW: Jim Cornette’s Drive-Thru on if Madison Square Garden is the most important arena in wrestling, one of his favorite bumps, Kane becoming mayor, Don Jardine (Ep. 65)