On this week’s episode of the JJ Dillon Show, the topic of maintaining kayfabe was discussed:

“I always felt that, in this profession, whether I was a performer or later a manager, you earned your respect. There was a certain amount that was given to you by your age or what you’d accomplished or your reputation, but by and large, it’s what respect you commanded. I remember later on, seeing especially at TV tapings (at) the Gorilla Position, there would be one curtain and then maybe ten feet and a second curtain. Now there’s a desk and guys backstage, but I remember being able to look up and you could see fans in the bleachers being able to look down at that space between the back of the seat and their footrest and be able to see in the backstage area.

“Uniformed security people who weren’t there every show, they would stand in the back because they had a right to be there. They’d be standing against the wall with their back against the wall just observing everything. It used to drive me crazy, which I guess was the old school in me that probably will never go out of me, where two guys would go out there, a heel and a babyface, and just have an incredible match, go through the first curtain, go through the second curtain and the minute they come through the second, the one guy would turn around and there would be this huge embrace.

“I remember being back there and all of the sudden in my peripheral vision, I’d have to turn my head a little bit, to look at these two guys (security guards) that are standing there. One would just turn his head almost like a robot, and they’d make eye contact as if they were communicating mentally like ‘Are you seeing what I’m seeing?’ And I’m thinking ‘Why couldn’t the guys wait fifteen more feet until they get through the door?’

“I remember Terry Funk, every match I think he ever had in his life he gave 110%. Terry would come back looking like he had just fallen on a grenade in a foxhole and the grenade went off, he survived it, got up covered in blood and limping, and when he came through that first curtain, he’d stop, take a couple deep breaths, and have his head down, sweat dripping off him. When he came through that second curtain, he would be consistent for those same two guys that saw the other thing and look at Terry Funk, watching him not come out of character.

“He would limp and he would stop and look like he’d been in the fight of his life and just barely survived it. It would take him sometimes minutes to go twenty feet back to the door to the dressing room. He would stop and struggle to open the door. He’d slam the door, and now you didn’t know what was going on on the other side and how badly he was hurt.

“The other two guys come back, turn around, big hugs. Terry was old school. You didn’t have to tell him. That was instinctive. But those people also respected him as a warrior because of what they observed, and he never did anything to disrespect himself in front of them.”

“I witnessed it in Madison Square Garden where, at the end of the night, a bunch of guys went into the ring and had a curtain call with everybody hugging everybody. It was a great match, guys went into the ring to congratulate one another. All of the sudden it was a big love fest of heels and babyfaces. It just was (long pause) a tipping point in the business where the values of people in the business changed from what had been ingrained in me from the time I was a fan throughout my whole career.

“My logic was it’s hard enough to have wrestling fans respect you, and it’s easily possible for them to disrespect you by the few subtle things you do that you have control over. Terry Funk, who sold all the way to the dressing room, perpetuated the old school kayfabe, and I never lost that my whole career.

I never wanted to do anything to give somebody cause to disrespect me because of what I did. they didn’t know. They watched Terry Funk take forever to get back to that dressing room. They thought ‘Maybe he is hurt.’ They didn’t know, because that was Terry Funk’s mentality of you worked so hard to convince all those people in the arena. How hard is it to do it for another fifteen or twenty feet to get to that door where you’re in a closed environment. That’s a change in the business that was difficult for me.”

The main subject of the episode was Bruno Sammartino. As such, the show served as another excellent history lesson, this time of the 1960’s WWWF. To check it out, visit the JJ Dillon Show.

Please credit PWPodcasts.com when using any portion of this transcription. 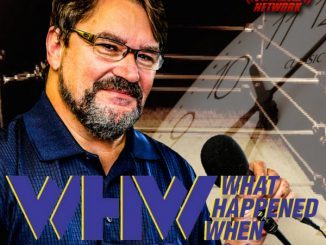 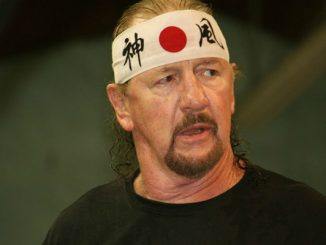