Something to Wrestle: The First Draft

Episode 93 of Something to Wrestle focused on the initial brand split and draft from 2002. Bruce and Conrad ran down the genesis of the idea, went into detail on how it was planned out, and discussed a variety of other topics related to the company at the time. In chronological order, here are 37 interesting moments from the show:

1. The WWF bought WCW with the idea of creating their own competition. Monday nights were going to be a WCW show and Smackdown would be WWF’s.

2. When the Invasion angle flopped, Vince McMahon thought it would be easier to do Raw vs. Smackdown to create a sense of competition, rather than rehabilitate the WCW brand.

3. The creative team wanted WrestleMania to be the only show of the year where you would get to see inter-promotional matches. Vince didn’t even want that. He only wanted the wrestlers to be on the same show, competing only against people from their own brand, which no one else understood.

4. Ric Flair was not initially signed to be a wrestler for his return. He was only going to be an on-air character but ended up wrestling just a couple of months later.

5. No one in upper management besides Vince wanted the NWO (Hulk Hogan, Scott Hall, and Kevin Nash) to join the company as a unit.

6. Shawn Michaels was rumored to join the NWO when the group first reformed (he did later up joining after Nash’s injury) but rumors stated that Hall and Nash didn’t think he’d fit the vibe of the stable. Bruce is skeptical of this claim.

7. An episode of the Simpsons featured a joke at the expense of the XFL, poking fun at its failiure. Vince apparently had a sense of humor about stuff like this.

8. Raw and Smackdown were called brands instead of “leagues” or “shows” because “brand” was the big corporate buzzword at the time.

9. WWE told their TV networks they were doing the split. They didn’t ask. There was also no contingency plan in place in case it failed.

10. The original plan for the split was to run 24 pay-per-views a year. That was eventually cut to 16. There were 12 individual shows with four joint efforts.

11. The World Wrestling Federation had signed an agreement with the World Wildlife Fund in 1994 that they would not market themselves as the WWF anywhere in the world except for America. WWE claimed that re-branding to another name would cost them $50 million.

12. The switch from WWF to WWE was looked at as a positive by Vince. Adding “entertainment” was important to corporate so they could let people know they did more than wrestling.

15. World Entertainment (WE) was another name that was pitched.

16. Reports stated over 40 wrestlers were asked to take $25,000 pay cuts or more. First Bruce had heard of it, though he wouldn’t be surprised if it was true. He did not have to take one.

17. Rey Mysterio Jr. was rumored to have been offered a $75,000 downside guarantee in 2002. Vince didn’t know much about him at the time. Conrad thinks it’s a crazy low offer. Bruce thinks it’s possible.

18. Eddie Guerrero was negotiating for a return to the company. It’s highly likely he was offered a lot less money than before since he needed to prove himself after going through personal issues.

19. The Light Heavyweight Title was abolished around this time. Vince thought fans wanted larger than life characters, not someone that looked like their neighbors.

20. The first time Jim Cornette saw Stephanie McMahon he asked why she wasn’t on TV.

21. Cornette and Vince Russo first pitched Stephanie being a character on TV.

22. D’Lo Brown, Raven, and Stevie Richards all tried out to be a color commentator. Tazz got the job. Ron Simmons was also considered for it.

23. The vast majority of wrestlers didn’t know what brand they would end up on before the roster split. Vince wanted genuine reactions from the talent and hoped to avoid having news leaked. Rock, Austin, Undertaker and Hogan probably all knew where they were headed.

24. Vince didn’t want Steve Austin in the draft, so they made up that he had it written in his contract that he couldn’t be drafted. The rest of management didn’t understand the logic behind this. How would he have known that a draft would someday be run when he signed his deal?

25. Bruce doesn’t think Hulk Hogan cares that he was drafted 7th overall. Conrad was a bit skeptical of this.

26. The Dudleyz did not know they were being split up until it was announced on TV, though management had talked to them before that about possibly going in different directions.

27. D-Von Dudley was very receptive to his reverend gimmick.

28. Chris Jericho didn’t know what brand he was going to end up on even after the draft episode ended. He didn’t have internet access either to look it up online that night.

29. The writing teams for Raw and Smackdown were not split up initially.

30. The vast majority of wrestlers were happy with the roster split, as it gave them a chance to be a big fish in a small pond.

32. Matt Hardy and Lita tried to find out if they’d land on the same brand.

33. Vince believed the ratings would go down for both shows post-split but felt it was in the best interest for the future of the company.

34. Curt Hennig went late in the draft, there were no plans for him to do more. He was there to put other people over at that point in his career

35. JBL, Eddie Guerrero, Chris Benoit are some of the names who benefited the most from the split in Bruce’s opinion.

37. Bruce feels D-Von was the biggest bust of the draft. 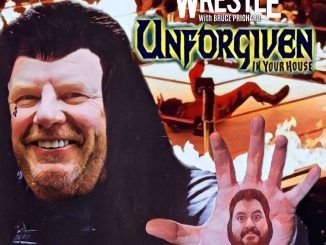 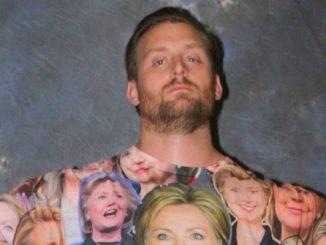 QUICK QUOTES: “The Progressive Liberal” Daniel Richards on wanting to feud with Vince McMahon, wiping his butt with the Confederate Flag