Cyrus is on only with Sonjay Dutt (current Impact creative, currently injured wrestler and former X Division champ) while Lazenby is busy with his film and video game work.

Cyrus jokes that Lance died a boring death, leaving him the podcast equipment which he isn’t sure about how it works.

They talk about creative camp taking 4 days and 18 hours a day (with breaks to eat and bulls**t).

They cryptically mention a ‘Mr Monocle’ and they talk about Sonjay having a ‘street’ side.

They then turn to Sonjay tearing his Achilles in January (not wrestling). He says he’s recovering fast. The tear wasn’t very painful and Sonjay was able to drive after it. He diagnosed himself by reading up on the symptoms. Sonjay went under minimal invasive surgery and has a very small scar (as compared to the usual 8 inch scar). He was even walking after five weeks.

Cyrus says that when he went to WWE he was pissed off at being made a manager until after two months he realized that he was getting paid but not taking bumps.

Sonjay is also enjoying being paid without wrestling even though he misses performing. Sonjay has only worked in wrestling, starting at age 18, and for the first time in his life he isn’t bumping to get paid. Sonjay talks about maybe changing his style with time.

Sonjay is currently in creative and handling talent at Impact. Sonjay is an Impact OG, starting in 2003! But Cyrus doesn’t remember him much from his early stint in Impact, because he never saw or met anybody, while avoiding socializing.

Sonjay used to combine studying geology at college and wrestling.

Sonjay jokes about losing his hair – and promises to reveal somebody they both know who is an amateur ‘hair tattooist’.

Then they turn to Sonjay commentating for Impact with Josh Matthews. Sonjay says he doesn’t have any sort of accent (I don’t agree with that). Cyrus jokes he has a Southern accent.

They both enjoy working with Josh even though he tries to pop his partners.

Going back to Sonjay’s career, they discuss ‘flippy guys’, especially X Division guys like Sonjay Dutt (I like Christopher Daniels).

Cyrus claims he invented Ultimate X. Cyrus says all of Disco Inferno’s ideas were bad, as compared to him.

Sonjay had worked for every ‘regime’ in the company. He discusses how moves evolve in time with wrestlers constantly upping the game, especially in the X Division.

He discusses getting older and changing style for longevity. He hasn’t had many injuries though he has torn two tendons.

Sonjay won his first X Division title in India, beating Low Ki in India in 2017. Sonjay is a bit disappointed not having won a title before then (reminder – 14 years in the company at that point).

They put Low Ki over.

They discuss wrestling in India. Sonjay even ran his own tour in India in 2014 – he loves visiting his homeland. Indian fans think wrestling is a shoot – which is refreshing for wrestlers. They discuss getting sick in India – everybody gets sick. Never have a drink with ice cubes in India. Cyrus’ hotel ‘doc’ turned out to be the hotel bellman.

Going back to different TNA/Impact regimes, Cyrus asks if Sonjay thinks the company ever missed reaching greatness. Sonjay then says that the new regime has brought stability to the product which could be key to success. Sonjay puts the new people over (how surprising).

Moving to the current roster, Sonjay puts Matt Sydal and his heel turn over.

They talk about Orlando audiences not always giving a good read to the product because they are not necessarily there for the wrestling, Cyrus says ‘it’s not a wrestling crowd’.

A fine, albeit short discussion. Rating: 6/10

About Dust
Not an Attitude Era fan, watches old wrestling but likes Nakamura/Styles/Kevin Owens, listens to too many podcasts. @twitdust

RECAP AND REVIEW: Killing the Town – All In backstage report, the only person Cyrus took a photo with, his favorite match on the show and the one he was disappointed not to call 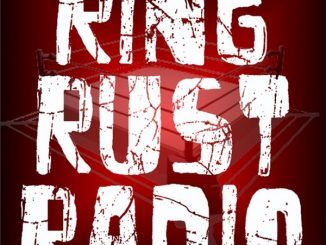 QUICK QUOTES: Low Ki on Alberto El Patron being stripped of the title, the current GFW locker room, the problem that every management team has

RECAP AND REVIEW: Killing the Town with Austin Aries on Slammiversary, the reaction to the show, being a vegan