Riding in a car with Tom and Brian Lee

The State Of The Business and Retirement

Steve thanks Tom for being on the show and wishes him luck with the wrestling school.

Steve and Kristen Climb A Hill

Another great podcast from Steve. I liked the second part of the Tom Prichard interview better than the first part but that was good as well. Hearing two vets talk about the business and I dug the story about Tom training Vince for the cage match. I don’t normally listen to pods when they have non-wrestling guests on but the second part of the pod with Steve and Kristen was pretty fun. Steve quashed all the rumors about him quitting drinking and smoking pot and he made the story about losing stuff really entertaining. Definite thumbs up recommend from me. 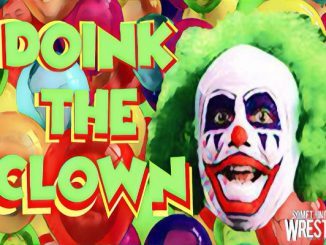 PODCAST RECAP AND REVIEW: The Steve Austin Show with Vince Russo on Brian Pillman’s infamous ECW promo, the WWE wrestler who is most comparable to him, lack of character development in pro wrestling, differences between WWE and UFC

WRITTEN PODCAST RECAP: The Steve Austin Show (network friendly) w/ Brutus “The Barber” Beefcake on his new book, memories of working with Savage, Rude, and, Hennig, the surprising person who came up with “Beefcake”