0:00 – Intro features an unusually zen Jim Cornette! The sale is going well at jimcornette.com, Jim: “I specialize in people who love pro wrestling.”

Jim: “The matches would’ve been incredible. He would’ve definitely won the belt at some point… but he wouldn’t have made nearly as much money.” Brian suggests that Ted’s schedule with Crockett would’ve been harder on his body because they were working with All Japan at the time and there was also more of an emphasis on work-rate down there.

14:20 – Who does Jim think that Vince McMahon Sr. would’ve used instead of Bruno Sammartino as champion when he got the belt back in 1973?

Good question! Would he have gone with an ethnic babyface like Pedro Morales or gone with an All-American like Bob Backlund much earlier than he did? Jim’s not sure but agrees with Brian that there was no one in the company at that time that was an obvious candidate for elevation, Brian: “it’s not like you’re gonna put the title on Chief Jay Strongbow.” Brian also adds that when Vince Sr did go with the All-American Backlund it was after a year’s worth of planning. NWA-style guys would not have worked in New York because they “were the workers instead of the heroes.”

19:14 – What is the one thing that ‘young Corny’ said in a promo that ‘wise, mature Corny’ regrets today?

Jim: “Except for just f*****’ up or doing blasé promos I don’t know that I ever particularly said anything horrible on a promo that I’d want to take back, it just might have been not my best promo.” Jim doesn’t regret any of the things he said about Baby Doll, “back in those days we just rattled that s*** off.” One of the worst promos Jim ever cut was in SMW when he called the crowd “genetic defects” and the producers immediately went to a crowd shot prominently featuring a disabled person.

24:27 – Did Jim ever see a picture of the Ultimate Warrior on a bear-skinned rug while at Vince’s house?

No! Brian explains the rumors surrounding this mythical artwork.

25:26 – Does Jim know anything about the MWA promotion, under Al Haft, several decades ago in and around Columbus, Ohio?

It was a huge market market and popular with talent due to it’s location and Al Haft started promoting there in the 1930s. By the 1950s, the territory was “one of the rocking places in wrestling.”

27:44 – Why was Arnold Skaaland used as manager for Bruno Sammartino and Bob Backlund when a manager wasn’t necessary for those two?

Originally the concept of a manager was like a trainer in boxing or a corner man in UFC and Skaaland had been a successful wrestler in his day before moving into the office, owning a piece of the territory before Vince Jr bought everyone out. At that time, babyface managers were used as a counter to heel managers and would get involved in some angles (for example, throwing in the towel for Backlund against the Iron Sheik) but weren’t as instrumental as the heel managers such as Bobby Heenan. Jim and Brian then have an interesting discussion about ‘bag men’ who’s carry all the money taken in various territories such as Grizzly Smith in Mid South and Johnny Weaver and others in the Carolinas.

37:06 – What does Jim think about the job Magnum TA did (replacing Tony Schiavone) as Jim Ross’ cohost on NWA TV in 1989 and were Gordon Solie or Bob Caudle ever offered the gig?

Jim: “Jim Ross and Tony Shiavone together were two… play-by-play guys so I can see why they replaced Tony with Magnum because they wanted a more traditional play-by-play guy and color guy that you would see in football or sports or whatever and Magnum was still at that point a big deal in people’s eyes because it had only been a couple of years since his wreck.” Jim remembers Magnum being a bit shaky at first but was improving when they stopped using him. Some Jim Herd bashing! As for Solie and Caudle, Corny isn’t sure. At that time WCW could’ve had Jim Ross, Bob Caudle, Gordon Solie and Lance Russell. Jim: “And they pretty much, except for JR, screwed them all up.”

44:13 – Why did Dusty give so much promo time to “unhinged” manager Paul Jones?

Jim: “He was one of those guys that, for his service and what he meant to the company… was always gonna be in with the Crocketts because he’d stayed through multiple bookers.” Amongst the talent in Crockett at the time, the promos were outstanding and Jim remarks that Jones tried to “step up” but “the more he tried to be fired up the more he came across like he was losing his s*** and I think he went with it because was not really crazy… he was trying to put oomf in the promos and that’s what came out.” When Brian asks if Jones was suspected of being a stooge for the Crockett office, Jim confirms “that evaluation had been made on a number of occasions” but he has no solid proof.

Jim wonders if it was due to Koloff being “smartened up” as his level of commitment and dedication to the gimmick seemed to lower as he got wiser to the wrestling business. “He started learning to work, he started learning the business was a work, he started enjoying making the money and he lost ‘being Nikita Koloff… the presence of this f*****’ guy that you figured was gonna go off and murder you at any point.” Corny also mentions “getting off the sauce” and Nikita’s wife’s illness possibly affecting his performances and talks about an incident when they did a promo together earlier in Koloff’s career in contrast to how he was later.

55:04 – Has Jim ever saw something, being on commentary as booker, that made him stop being a commentator and start being a disgruntled booker, like Vampiro at Triplemania?

Jim goes off on Vampiro: “If he’s still working with those people he’s got a picture of the owner with a f*****’ goat.” Jim remembers, in OVW, attempting to make sense out of stupid things and occasionally having to say “that particular talent is just a f****’ idiot” but never exposing the business like Vampiro. Funny bashing of the fiasco that was Triplemania.

58:51 – Was Jim wearing prescription glasses ever a problem for him during matches?

No – whenever Jim was planned to do anything physically he wouldn’t wear his glasses.

Hayes and Gordy were 18 and 19 when they were super over as heels, Lou Thesz was NWA Champion at 21, Tommy Rich, Jody Hamilton headlined MSG at 19, Mark Lewin also broke out young. They then meander into a discussion about young talent in OVW and then Brian’s sarcastic suggestion of Angelo Mosca Jr gets an exasperated “f*** no.” Jerry Lawler was 22 in Memphis.

Jim: “We had some matches with them and they were very fun television matches… Apparently… they made him the head trainer at the Power Plant… and since I don’t dislike the guy but I have to be honest with the folks, he was a good, solid guy to use on TV, or underneath on the card in a small town… but he was not in any way shape or form somebody that I would’ve featured, much less pushed, much less asked train guys that I was investing hundreds of thousands of dollars in and I don’t know how that happened.” 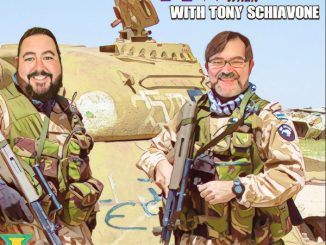 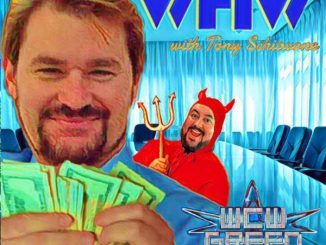