We are back at 317 Gimmick Street in the mean streets of Los Anglesese. Normally, Steve records his Tuesday podcast on Monday, however, his Monday is swamped so he’s recording on a Sunday.

Coming up on the podcast is The Man (not Becky Lynch) but Ric Flair talking about wrestling and life in general.

I am a huge Ric Flair fan but wasn’t a huge fan of this podcast. It was OK and whenever Steve and Ric get together you can tell they genuinely like each other, but compared to some of Ric’s appearances on Austin’s show, this was not his best. There are other podcasts from this week I’d recommend before this one. 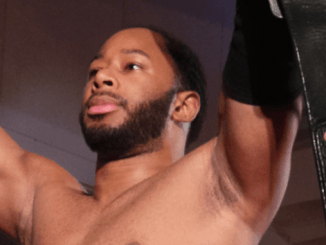