Killing The Town – Tony Condello Is Back

Tony Condello discusses promoting and wrestling in the AWA.

Tony booking one of the final AWA events in the Winnipeg arena with Wahoo McDaniel vs Manny Fernandez. Verne Gagne was guest referee who stopped the match after 5 minutes. Because of that, Tony didn’t pay Gagne and fired him.
Tony’s first match was with Lars Anderson and not being smart to the business. During the match Lars let him know it was a work. He was 17.

Replacing Al Tomko as the promoter in Winnipeg and how Al told the border guards Tony didn’t have a working permit. This meant Tony couldn’t work in the States so he opened a wrestling school.

Verne booked a show in Dauphin, Manitoba, which was one of Tony’s best towns. Verne ends up killing the town and when Tony went back to the town attendance went from 1500 to 300. As a measure of revenge, Tony helped Vince get into the Winnipeg arena by breaking the monopoly Verne had at the arena.

Wrestling against Mad Dog Vachon and how he earned Mad Dog’s respect during the match and they became friends.

Wrestling Nick Bockwinkel in a match that was supposed to be 5 minutes but ended up going 19.

Asking Gene Kiniski to wrestle a match that had Don Callis, Lance Storm, Chris Jericho, Gerry Morrow and Bob Brown. This was his last match.

Tony running away from Billy Robinson who wanted to stretch him for making fun of him.

The Road Warriors quitting the AWA after having to bump for Greg Gagne.

Baron Von Raschke, who came along on a recent winter tour. He was a hell of a worker.

Tony is planning to go on a winter tour in February.

Review: I haven’t been the biggest fan of Killing The Town since Lance Storm left however, Tony was a great guest and had some really cool stories. It’s a short pod so it’s an easy listen especially if you’re into old school ‘rassling’. I like the dynamic between Don and Tony and the fact that Don just let Tony speak and tell stories. Definite recommend. Rating: 7.5/10

Joe is a long time wrestling fan from Toronto. He’s a co-host on The Pull Apart: The Pro Wrestling Podcast Podcast with Jeff Rush and Caitlin Lavelle, available to PWTorch VIP Members. A life goal of his is to be a guest host on one of Wade Keller’s post-show podcasts. He doesn’t consider himself any sort of expert, he just likes wrestling. Check him out on Twitter and Instagram @ja113 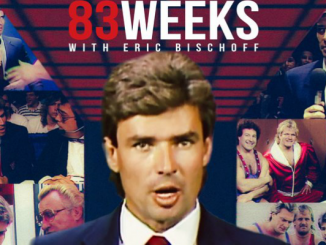 RECAP AND REVIEW: 83 Weeks on Eric Bischoff in the AWA – how Ninja Star Wars got him into the business, his first meeting with Verne Gagne, why he once challenged DDP to a fight, the troubled last days of the company 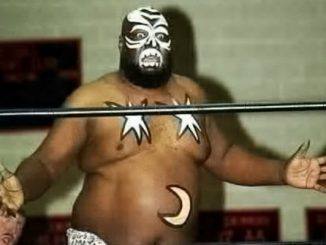 PODCAST RECAP AND REVIEW: The Ross Report with Pat Laprade and Sean Waltman on Maurice Vachon’s career, brawls, and run in with the mob, X-Pac’s classic Raw match with Bret Hart, Jim Cornette vs. The Young Bucks