Sean welcomes one of the trail blazers for women’s wrestling, Wendi Richter. Topics include:

-Wendi is training dogs for competition and got first place in a recent event.

-Wendi grew up in Louisiana and was showing horses in Texas.

-How she got into wrestling after going to some wrestling matches which featured Fabulous Moolah. It was love at first site.

-How she got into wrestling school and being a natural in the ring.

-How tough travelling was and how small the payoffs were, especially after paying Moolah her cut.

-What a typical week would be. She would do a run for a couple of months then get a few weeks off.

-Joyce Grable took Wendi under her wing and also helped a lot of women in the business.

-The reason she stayed with the WWF for only a year and a half was because she was getting paid less than the opening matches.

-After leaving the WWF, she went back to college. She’s thankful for her education and is making far more now than she ever made in wrestling.

-How Wendi got involved in the Rock ‘N Wrestling Connection, representing Cindy Lauper in a match with Moolah.

-When she realized how big wrestling was getting.

-How she treated every wrestling match and represented women’s wrestling

-Wendi getting double crossed by Moolah and the WWF and how much that hurt.

-Wendi’s relationship with Moolah and how she did not like her.

-What she would say to Moolah if she could.

-Getting inducted into the WWE Hall of Fame and how her relationship with the WWE is, and what it means for her to be in the HOF.

-Wendi recommends getting an education and having a personal relationship with god.

Review: This podcast was ok, but compared to the last few weeks of Prime Time, this show wasn’t as good. I found Wendi to be an awkward guest and Sean had to work to get information out of her. Thumbs in the middle for me on this one. Rating: 7/10

Joe is a long time wrestling fan from Toronto. He’s a co-host on The Pull Apart: The Pro Wrestling Podcast Podcast with Jeff Rush and Caitlin Lavelle, available to PWTorch VIP Members. A life goal of his is to be a guest host on one of Wade Keller’s post-show podcasts. He doesn’t consider himself any sort of expert, he just likes wrestling. Check him out on Twitter and Instagram @ja113

RECAP AND REVIEW: Prime Time with Sean Mooney with Zack Ryder on beating cancer, his new podcast, why he and Curt Hawkins initially hated each other, how “Woo Woo Woo!” started, one of his biggest regrets, why he stopped Z! True Long Island Story

QUICK RECAP AND REVIEW: Prime Time with Sean Mooney with Tully Blanchard on why he was better as a heel, why he left WCW and didn’t later return with Arn Anderson, what he can teach Tessa 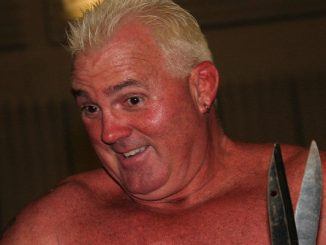