-Magnus talks time in TNA; “became miserable” once he was champion

0:00 – Introduction – Colt Cabana’s introduction of Magnus included a monologue about how hard it can be in wrestling to pick a ring name (or names) that you can be easily identified by, and brought up Kevin Owens as someone who lucked into a good name in WWE and can easily become Kevin Steen again if he leaves WWE. Colt said that the interview starts with a discussion on muscle building and “body stuff” as well as Magnus’s past and how he is “too smart for his own good” in wrestling.  Colt told a story about wrestling for Pro Wrestling Syndicate this past weekend where he wrestled Ethan Carter III and hung out with Tommy Dreamer. He said PWS has been great to watch develop and grow, and called it the “gentrification of independent wrestling.”

11:32 – Magnus Interview – Colt and Magnus discussed sponsorships that Magnus has and chit-chatted about “bulletproof coffee” and making healthy decisions that work for each individual. Magnus plugged his new book on nutrition and exercise and mentioned that training differs from person to person, and diet and exercise are very subjective. Magnus talked about Lee Haney, a bodybuilder who would replace carbs with pineapple when he was preparing for bodybuilding contests.

15:54 – Magnus talks about growing up – Magnus said that had he not gotten into wrestling, he doesn’t think he would be very healthy. Colt and Magnus both talked about eating unhealthy foods as a child. Magnus praised his parents for raising him in a balanced environment. Magnus talked about growing up in a small village (Docking, England). Colt asked if Magnus grew up in a “posh” village, to which Magnus said he isn’t “posh” but he gets stereotyped that way because he doesn’t have an accent and went to a public school. He talked about his father’s career as a “plant breeding scientist” who evaluated barley to get the best crop each year.

23:50 – Magnus talks skipping college for wrestling – Magnus called himself an “underachiever academically” because he skipped university, which he doesn’t regret, since many successful people today are working without degrees. Magnus said that many people go to university solely to hide from adulthood for another few years and don’t learn life skills, such as balancing a checkbook.

27:24 – Magnus talks TNA – Magnus believes growing up with a lot of older siblings helped him learn to adapt “through osmosis” which helped him in TNA. Going in to TNA, Magnus knew he had the skills to be a good wrestler, but he didn’t know how to put everything together to be successful. Magnus mentioned that he saw AJ Styles and Samoa Joe put on great matches and realized it was due to their chemistry and how well they knew each other in the ring. Magnus said self-awareness was key to advance in your career. Magnus said that he felt he was developing and improving in the ring from 2011-2013, but when he won the world title, it all “became miserable” and it was a challenge getting into the ring. Magnus said that having the support of the TNA officials really helped, and that it’s impossible to “make your own push.” Magnus said the “revolving door of management” in TNA made it harder to want to be in the ring. Magnus said that the match that re-invigorated him was an NXT match between Finn Balor and Neville that he felt he couldn’t follow if he had to.

32:38 – Magnus talks contract negotiations in TNA – Magnus said that TNA’s business went up when he was the champion.  Magnus said he wasn’t actively seeking information, but he had various people in TNA who would tell him he was drawing bigger crowds or higher TV ratings, which he kept note of to use when negotiating his contract. Magnus’s first guaranteed contract came about because he was flying from England for shows, and did the math to show TNA it would be cheaper to sign him and “meet in the middle” between what he was being paid plus flight costs. Magnus talked about Daivari and how he took him under his wing early in his TNA run. Magnus said he learned a lot about the business side of wrestling from Daivari. Magnus said he also got to spend time with Kevin Nash and learned a lot from him. Magnus said he had to be a “thinker” since he didn’t have a lot of leverage against TNA, and the amount of time TNA had invested in him was what he appealed to in negotiations. Colt said most wrestlers get to the point where they will be happy if they turn down a contract, and that’s when they usually get better deals.

40:20 – Magnus talks training with the Knight Family – Magnus talked about working with current WWE wrestler Paige and her family. Colt said that they are “hard people” and Magnus said with wrestling as a living they have to grind to survive. Magnus said his second night wrestling for Ricky Knight (Paige’s dad) he asked if he was getting paid even though he didn’t deserve it, which lead to Saraya cussing him out, but Ricky eventually giving him ten pounds because he “had the balls to ask.” Years later Ricky said he was impressed and knew that Magnus was going to make something of himself, even if it wasn’t in wrestling.

44:53 – Magnus talks his early career and TNA signing– Colt brought up many wrestlers claiming Magnus was only in TNA because of his stint on “Gladiators.” Magnus said he got a lot of heat because people thought he didn’t care about the business, but he had been wrestling for years when “Gladiators” happened and had worked with Daniel Bryan, Gangrel, and other bigger names. Magnus said when he was younger, his dad encouraged him to play sports, and he was good at tennis, but he quickly realized he wanted to be a wrestler. Magnus said he also got into fitness and bodybuilding at the time he was getting into wrestling because he cared. Magnus said he was in a magazine that AJ Styles was featured on the cover, and Dixie Carter saw Magnus and asked the magazine to help get in touch with him. Magnus said Kurt Angle thinks he saw Magnus cut a promo on “Gladiators” and told Dixie to sign him.

59:00 – Magnus talks Global Force Wrestling – Magnus said he made the decision to leave TNA and look for a challenge, and Jeff Jarrett called him right away to work for GFW. Magnus said he was interested in putting on a few wrestling shows, and branding them as GFW shows was a great opportunity for him and for GFW. Magnus said the first shows will be in smaller towns to bring a better experience to every fan and perfect the product. Magnus said his goal is to attract the casual fan who may be brought to the show by someone who is a big wrestling fan. Magnus said he hopes to have performers who casual fans can point to as enjoyable, even if they aren’t into wrestling on the whole.

1:05:03 – Magnus talks his new book – Magnus brought up his book “The Superstar Body” which he wrote with input from various other wrestlers, trainers, and bodybuilders to try and create a well-rounded book with a lot of real-world suggestions. Magnus said it is written in “short digestible pieces” in real life language.

1:09:21 – Colt wraps up the show – Colt talked about getting in shape, and suggested if you want to lose weight, you have to find the way that’s right for you. Colt thanked his fans, Jarrett, and his sponsors, plugged his upcoming appearances and signed off.

7 out of 10: Colt Cabana delivers yet another solid interview with a wrestler who many people may not initially think will be very interesting. I went into the interview not knowing much about Magnus, except that he was one of the bright spots the last few years in TNA. Colt and Magnus have easy chemistry, which is nice to listen to when it comes to a long-form interview. This podcast didn’t feature any over-the-top stories that every wrestling fan needs to hear, but if you are a fan of Magnus, British wrestling, or TNA, this is another great episode of The Art of Wrestling.

QUICK QUOTES: Christian discusses leaving WWE for TNA; Edge reveals he had an offer from TNA as well 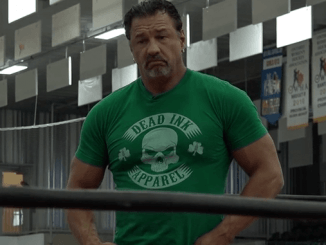 WRITTEN PODCAST RECAP: Colt Cabana’s “The Art of Wrestling” w/ Kevin Thorn on how Sid Vicious helped get him into the business, plans for Mordecai vs. Undertaker and why they fell through (#357)