Plus KG breaks it down on Jeff Hardy, The Gathering, and Keepin It 100 with Konnan! Catch Ring Of Honor “Death Before Dishonor XIV” on August 19 on PPV from Las Vegas with the stars of Ring Of Honor and New Japan Pro Wrestling!

– On Japan: “Going to Japan was always my dream for so long. That was one of my biggest goals in wrestling. I’m such a fan of the people there, the culture, the food.”

– On the Japanese fans: “The fans are so nice. I didn’t think anybody would know who I was but then fans were coming to me like, please sign this! I was like, this is awesome.”

– On his start in ROH: “I’m luckier than most people as I was bought up in a very good system. I never experience that terrible, s—- indy phase cause I was born and raised in the Ring of Honor system.”

– When he discovered wrestling: “My dad was a fan so I would just watch it with him here and there. Eventually I was watching it all the time.”

– Discovering Japanese Wrestling: “The first match I remember seeing was Liger versus Muta. That hooked me immediately, and then I started looking up stuff from New Japan, All Japan, and I can talk about FMW forever.”

– On his first ROH match: “My first Ring of Honor match was in Chicago, and it was me and Roddy versus Red Dragon for the Tag belts, and it was accidentally announced as a tag title match.”

– On Delirious: “He’s great. He’s always there when I need him for advice and he’s there to help me in any way possible. He’s been a big mentor to me, a big friend. I wouldn’t have anything that I have right now without him helping me out. I owe all of my success to him.”

– On Chris Jericho tweeting him: “He had seen my name around before and one he day he caught my match on a ring of Honor show and tweeted out that his favorite wrestler was Cheeseburger.”

– On PMA (Positive Mental Attitude): “I try to surround myself with good, positive people that are willing to lend a helping hand. I’m a really open minded person and I can’t really think of anyone that I hate. I’m pretty much friendly to everyone.”

– On Brutal Bob Evans: “Bob has helped me a ton. He’s another guy who’s been like a trainer and mentor to me.”

– His feelings to the fans: “I feel like I have an obligation to the fans. It’s not too much for me to take a few seconds to sign something for them or take a picture.”

Available for instant stream or download from iTunes, Stitcher, Soundcloud, Tune In, and always at KevinGillShow.Com. 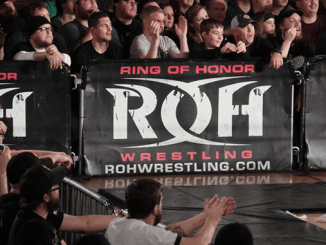