(4:24) Elias discusses the difference between working in Lucha Underground in comparison to WWE.

“The big difference with Lucha Underground compared to WWE to me personally is that I’m treated as a talent and what I mean by that is that I’m able to do interviews like this, I’m able to go out and do signings, I’m able to go out and do Comic Cons, or I’m asked to do these types of appearances and such for Lucha Underground. Whereas unfortunately in WWE, the referees don’t have the opportunities to do that or are they asked because referees are referees and I just think it’s a blessing because unfortunately referees have a stigma that they are just the referee and they are not talented and they don’t mean anything which is total nonsense because referees love the business more than some of the boys do.”

(7:01) “The referee probably is most important person out there that nobody thinks about.”-Blake discussing a topic that Jimmy Kordeas discussed in a past interview and Elias agreed.

(8:21) Mark asked Elias about how much do the referees practice bumps and timing in the ring.

(8:28) Elias discusses how he started as a wrestler.

(9:35) Discussion changes to positioning the ring for nearfalls and bumps.

(10:08) Elias talks about how he trains in the gym and using DDP Yoga.

(11:15) “Is it difficult to do multiple matches in one day with Lucha Underground?”-Blake asks.

(12:45) Blake changes the discussion to Wrestlemania XXV: Shawn Michaels vs. The Undertaker.

(13:30) Elias talks about his experience at Wrestlemania XXV.

“For me it was everything I’ve ever wanted and worked for. I love Shawn Michaels to death because he’s my GOAT and Taker is right up there too. But Shawn is Mr. Wrestlemania, the guy of guys for me and one of my goals was to work with Shawn. Being there was insane, I didn’t mark for it because I was there to do a job. When we were in the match, we didn’t know it was going to become the match it was going to become the match that it became and it was one of these things where you knew something awesome was happening but you just had to go in and do your job.”

(15:40) Blake brings up that especially now that Undertaker is retired, this match will go down in history and be shown and Elias will always be apart of it and Elias gets chills talking about it.

(17:15) Discussion broadens out as Blake asks about the experience of being at three Wrestlemanias in Elias’ career.

(18:11) Elias talks about making all the sacrifices with his family and friends worth it.

(19:01) Conversation changes to the craziest match type or gimmick match that Elias has ever been apart of in WWE.

(19:23) “I did a pudding match with Candice Michelle and Melina once.”-Elias

(20:20) Elias talks about being inside Hell in A Cell and Elimination Chamber.

(21:20) Mark jumps in to ask what Elias thinks of the changes to the Elimination Chamber this past year.

(22:09) “I didn’t even know what it was when I was approached and Chris DeJoesph asked me, I was literally done with wrestling.”-Elias

(22:45) Elias gets into the phone call that Chris DeJoesph had with him before he went in for an interview with El Rey Network.

(23:45) “What the hell are you guys going to do?” Elias remembers saying after being explained the entire concept of Lucha Underground.

(24:01) “So I took a leap of faith because it was DJ (Chris DeJoesph) because he believed in Lucha Underground and seeing his passion for it and getting me excited for it and I went “Yeah sign me up man.” So I signed up and I’m glad I did and I’m glad I took that leap of faith and everything because when they explained it to me it was so different and so out there, I went “This might just work.” and here we are”

(24:47) Elias discusses the first set of tapings of Lucha Underground and how there was no one in the building and now they have to turn people away.

(25:49) Mark jumps in to discuss the consistency of Lucha Underground stories especially the first season.

(26:44) Elias discusses being in the unique production meetings in Lucha.

(26:55) “That’s the thing I love about Lucha Underground is sitting in those meetings everybody’s thinking outside of the box. Everybody’s thinking “Well what if?” and “What if?” and “Nobody’s done this” and “Can we get away with that?” and that’s I what I think is so special about Lucha Underground is that you have those opportunities and you have that ability to say “Hey this has never been done before. Nobody’s ever seen it. What if we try it?””

(27:44) “It’s good to have fun with wrestling, we don’t do that very often anymore.”-Blake which leads to Elias talking about how the entire crew is always having fun and in a good mood at The Temple.

(28:46) Mark asks about creative freedom and Elias talks about how the locker room is allowed to be open and pitch ideas at all times.

(31:11) Blake brings up the Hardys and if Elias was the referee who got his face pixeled on Impact Wrestling.

(31:35) “That blurry referee thing costed me a lot of bookings at WrestleCon at Wrestlemania weekend.”-Elias

(32:11) Elias talks about being caught in the middle at The Crash where Jeremy Borash was filming with 35MM camera.

(33:48) Elias decided to not take personal legal action against Impact Wrestling because he believes in karma.

(34:39) Mark brings up a past discussion with Matt Striker talking about El Rey Network and then the conversation turns to Netflix.

(35:47) Mark talks about his history in Mexico and being used to watch the speed of Lucha Wrestling.

(36:22) Mark asks Elias about the adjustment from going from WWE to the speed of Lucha Underground.

(37:08) Elias talks about his career in Japan and Mexico before joining WWE.

(37:55) Elias says it was easy for him to make transitions to different styles of wrestling unlike some other folks.

(39:09) Elias says he would like to help train younger wrestlers properly.

(40:50) Mark and Blake bring up that Pentagon Jr. was at the Brew City Wrestling Anniversary show earlier this year that they attended.

(41:40) Elias gives his final plugs before signing off. 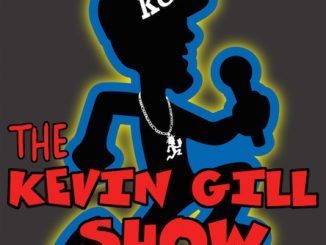