Justin Roberts was a guest on the Cerrito Live Podcast, and talked about the backstage environment in WWE, as well as his thoughts on Peter Rosenberg and Jonathan Coachman. Here are the highlights:

His response to Peter Rosenberg claiming he has an axe to grind:

“I don’t know him at all, and it’s embarrassing listening to how he was drinking the Kool-Aid, and defending the company on something he knows nothing about. He really doesn’t. When you’re a guest, and you come from ESPN, someone like him, someone like Sam Roberts, the company really likes those guys. And they work for outside media companies, and the company takes care of them and they treat them well, like ‘hey, do you want to come do this, hey do you want to come do that?’ They let them come in and do what they do, but those guys weren’t on the road in 2003 and they’re not on the road regularly where they know how management works and that other side of management. So, for him to go on this podcast and say ‘hey I work with JBL, he’s great,’ yeah, you showed up a couple of times, you worked with him and maybe he’s been cool, also 2017 is a different time. If you went through the hell that so many guys and girls went through you probably wouldn’t be standing up for him.”

“Coachman, as described in my book, is one of the really great guys who took me under his wing and really helped me when I got in there. Coachman is well aware…he’s a great guy, always liked him, then when I saw him put out ‘there’s no bullying, there’s no hazing,’ he’s well aware of everything that went on back then. He knows the culture. But, he’s also good buddies with JBL. He’s close with Vince. It blew my mind that he actually said that publicly that he wasn’t aware of any hazing or anything like that. I know 100% he was there for that. It was just really disappointing.”

How WWE can fix their backstage culture:

To check out the full interview (Justin joins around 32:00), click here: 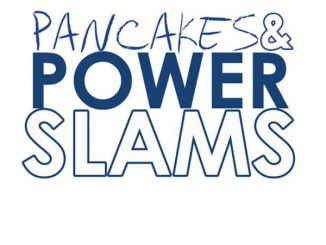