Natalya was a recent guest on Lillian Garcia: Making Their Way to the Ring, and discussed her past struggles of having an eating disorder, opening up on Total Divas, her uncle Bret Hart’s battle with cancer and more. (We will also have a full recap of the interview this week at PWPodcasts).

Here are some of the highlights they sent along:

Natalya reveals her eating disorder: “It’s funny because Alexa Bliss talked about having an eating disorder and stuff and I actually-this is the first time I’ve ever talked about this: Nattie exclusive, but I had an eating disorder when I was eighteen and um, it lasted for about, I mean they say it never really goes away, but um it spanned the course of about three years and I went from a hundred and sixty pounds, in the course of two months after my uncle Owen died-the summer that my uncle died, I lost forty pounds in two months. And my family was really scared and I remember being very angry at them and thinking like ‘Why are they confronting me? They should be happy, I look great’. I didn’t realize it until years later how crazy and scary I looked losing that much weight. I was wearing kids clothes and it was a really hard time for me, but I was reeling from the tragedy of my uncle passing away and how that affected my family and also I think because my Dad wasn’t a part of my life because he was working, and busy, and gone.” She went on to explain her reasons saying “I don’t know if this is the right way of putting this, but my eating disorder was a lot about control. I couldn’t control anything else that was going on in my life, but I could control what I ate.”

How Wrestling helped Natalya recover: “It’s a little bit liberating and I actually talked to Alexa Bliss about it when she came forward and said she had gone through this I said ‘I just give you so much credit because it takes a lot of courage to talk about it’. You know, since that happened I just never ever shared that publicly with anyone. It was just something I just didn’t want to have to relive but then I also thought you know, again now that Alexa has talked about her situation it made me really respect her more. Because it’s like, no we can actually raise awareness and help teach young girls that going through something like this is very common-it’s actually becoming a lot more common with body image. It’s something lots of people go through, whether it’s bulimia, or anorexia, or binge-eating disorder.” Specifically, she went on to say “Me getting into wrestling helped cure that eating disorder and I never looked back. Once I fell in love with wrestling I just realized-especially with the help of TJ because TJ was my very first trainer, I wanted to do that and I wasn’t going to let food hold me back and so slowly I started to kind of reintroduce myself to food and I did put on some weight because once you go from starving yourself to eating you do gain weight. I’d gotten a little heavier, but I was happier and I was happier because I was pursuing a passion which was wrestling.”

Natalya learning how to be vulnerable through Total Divas: “There was a time, especially in WWE where I felt like it was never going to be my time and before I got picked to do Total Divas I was actually going back to school on the side doing online classes. I was thinking about getting into law and it really interested me. Then you know I had gone to Rwanda and did this four day retreat with the United Nations Foundation, we visited two refugee camps, over thirty thousand refugees and it was this life-changing trip.” she continued, “So I got home and that week Triple H pulls me aside and says, ‘Nattie, we picked you to be a part of Total Divas and it’s this new show that we’re doing and it’s gonna document you and a few other girls and your lives and in and out of the ring and it’s very special, blah, blah, blah, blah’. I was so blown away by Triple H asking me to be a part of it and I was just like ‘Wow this is just incredible. I’m just getting this new opportunity and it was the greatest opportunity for me that I could have at that moment and I’ve been on the show since the very beginning. For four years, six full seasons, and it’s been the opportunity of a lifetime. I’ve loved it, but it’s also taught me which is what I was saying before, what it is to be vulnerable. That what people really connect with is you laughing, crying, showing people that you’re not perfect, opening up and saying ‘You know what I’m human and I make mistakes. We fall down and we get back up’”, Natalya goes on to reveal, “I really opened myself up to being vulnerable on that show and I felt like when I went up to induct Beth at the Hall of Fame this past week, I was like, I felt like all that Total Divas vulnerability helped me on that stage where I could just be like totally vulnerable and I even at one point choked up and started crying onstage when I was talking about my uncle Owen and people just said that I had them in, people just said ‘You and Beth had me in tears’. I feel like people want to be let in you know, but not everyone will let you in, not everyone knows how to do that, but I feel like I learned that that’s okay.”

Natalya on her uncle Bret Hart going through cancer: “He’s completely healed from cancer, but you know cancer, I’ll forever, forever be indebted and grateful to Bret for coming to be by my side at that pay per view after WrestleMania, um dealing with just having beaten cancer. He had just had surgery like a couple months prior, not even like two months like six weeks and he didn’t feel good at all.” she continued, “He was by my side for that match and he didn’t feel good because he was still recovering but he was there for me and I will always remember that and I think really last year he’s just been getting his sea legs back because it was a lot what he endured and it was very scary for him. And I can tell he was really scared by everything, mentally, physically, it scared him so much. You know cancer really doesn’t run in our family. Our family doesn’t really that much of a history with it and so Bret really wanted to use his situation with cancer as a platform to help others that are going through the same thing and so what’s funny is that once Bret announced that he had cancer there was a surge and they did a story on it actually in the paper and on the news. There was a surge, thousands of men across the province of Alberta, where Bret lives, went to get checked for prostate cancer. And they did a special on it on the news saying it was Bret Hart that helped raise so much awareness by coming forward about his cancer.”

Natalya on being a part of the Hart family: “I think as I’ve grown older I realized just how special my family is. When you’re young you kind of take it for granted and you don’t realize when your uncles are Bret ‘the Hitman’ Hart and Owen Hart, the British Bulldog, my Dad’s on TV, and my grandfather’s you know, now a WWE Hall of Famer, Stu Hart. When I was around them when I was a little kid, they were just my uncles. They were just you know, just my dad, it’s just my grandpa. And then as I’ve grown older I’ve realized that my family is extremely special and really iconic in this wild wonderful world of WWE. Now I realize just how special they are and I’m very very proud of them. But I also admire the fact that we’ve been able to go through hell and come out alive.” 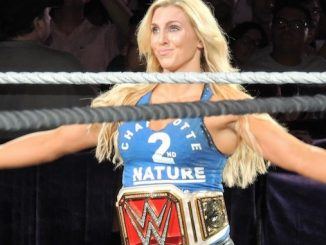 QUICK QUOTES: Charlotte discusses the wrestler who “put her on the map,” her move to Smackdown

WRITTEN PODCAST RECAP: Steve Austin Unleashed! w/ Brian Kendrick on why he was initially released from the company, younger wrestlers not asking for advice and instead “looking their name up on Twitter”