Jack Swagger was recently interviewed by The Memorabilia Guy about why he left WWE, where he plans to wrestle and more. Here are some of the highlights:

Why he left WWE:

“So, it was a tough decision – one that my wife and I thought about for years. I’m very thankful for the career that I had in the WWE. Getting out there and seeing different cultures was a really big perk for me. When it came down to it, I just feel like people had lost each other – communication wasn’t where it needed to be. We’d both started this path together ten years ago. But I just feel like I needed a change, and they needed a change. We can always possibly get back to it down the road. But for me, I was lucky to come out of college and go straight into the developmental program. So, there’s a lot of wrestling from me across the world to see still. It’s very exciting – the opportunity is just immense.”

Whether “Jack Swagger” is still a name he can use going forward:

“Intellectually, they own ‘Jack Swagger’, but I’ve been that for 10 years now, so I think the easiest way for me, at this point, to not get into any issues, and not to get into any red tape, I’m going as ‘Formerly Known as Jack Swagger’. It’s very silly when you’re talking about human beings, but it’s kind of what we have to do right now. Or, I might just become ‘The Real French-American’ and change my name to ‘Jacques Swagger’! (Laughs)”

How he feels about the modern wrestling scene:

“I feel like every decade and generation of wrestlers kind of dictate the product, and right now I feel like there’s a young batch of guys that are really doing well. They have most of the workload on their shoulders, in terms of big matches, night after night. Really impressive stuff to be able to continue it for so long. I don’t get to watch a lot of it, with the kids, but I think the roster at the WWE is phenomenal. Definitely, in the last couple of years, it’s been so athletic and not only that, actual good people wanting to help each other.”

To read the full interview, check out The Memorabilia Guy. 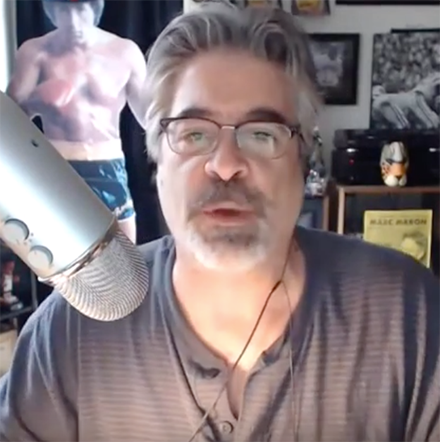 1 Comment on QUICK QUOTES: Jack Swagger reveals why he left WWE, his thoughts on the current wrestling scene