Seth Rollins was recently interviewed by bandwagon.asia to talk about wrestling theme songs. Here are the highlights:

His thoughts on The Shield theme:

“Well that song definitely has a special place in my heart, obviously. It’s my first entrance theme on the WWE main roster. We also got to record the beginning to that, the “Sierra Hotel India Echo Lima Delta – Shield” ourselves. Me, Roman Reigns and Dean Ambrose sat in a room and did those call signs. That was pretty cool.

It was composed by Jim Johnston – who’s a legendary music maker for WWE. Shawn Michaels, Stone Cold Steve Austin, The Rock – he did all the best ones ever, so he kinda picks and chooses who he wants to work with nowadays and The Shield was his special project. He really nailed it on the head with this one. That song, Roman still kinda uses a version of it. I still miss it though, with our entrance through the crowd.”

If his current theme fits him:

Yeah I love it. It’s one of those where soon as the riff kicks in, everyone knows who’s coming through the curtains. That’s all that really matters when you’re picking an entrance theme. It fits my character. Though it was really weird adjusting to it at first because the pace of it is different from The Shield music, so y’know, trying to get the timing down on the entrance and making it feel like my own song took a little while.

What roster member’s theme he would take for himself:

I think Bray Wyatt has a really awesome entrance – has an epic entrance. Shinsuke Nakamura has a really cool entrance too, and a cool theme song. But I just like Bray’s – the phones, the black out, with the fireflies in the crowd, it looks really cool. And he’s got that great creepy little music and he kinda gets to walk to the ring super slow, which is really awesome. Really one of my favorites.

What his perfect theme song would be:

For me, if I were to pick a perfect theme song, it’d be the song by Parkway Drive called ‘Wild Eyes’. It’s a really fantastic song, it’s got a good rhythm to it, I think it would work really well as an entrance theme.

For the full interview with Seth Rollins, check out bandwagon.asia.

WRITTEN PODCAST RECAP: Sam Roberts Wrestling Podcast w/ Bret Hart on how he believes he changed the industry, offering to be on the creative team, how much longer the Montreal Screwjob match was supposed to last, why he thinks Eric Bischoff killed the wrestling business (Ep. 154) 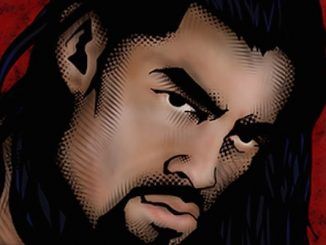 QUICK QUOTES: Roman Reigns on if he wants to see a Shield reunion