Ivan Putski was recently interviewed by The Two Man Power Trip of Wrestling podcast and talked about why he left the WWF, why he doesn’t like Vince McMahon and more. Here are the highlights they sent along:

Why he quit the WWF in 1987 and seeing the changes in the business:

“I wrestled up there for almost twenty years. Me and Bruno Sammartino were in the WWF longer than just about any wrestler that was ever up there. I finally said that I was getting tired of it and when Vince Jr. took over it just helped me make my mind up. Matter of fact, me and Bruno used to talk about it and after he retired I said it won’t be long until I retire too. We always had conversations and we used to tell each other that is not like it used to be and a lot of big changes came about. But I feel fortunate that I was there and was able to see the changes come and to get the opportunity to go through the changes and retire when I did.”

“I don’t know, it is just the personality. Vince Sr. was such a good man and if you did something or made a mistake, he’d come and sit down with you real nice and he was just a good person and a good man and I got along with him real well. For some reason, I couldn’t get along with Vince McMahon Jr. He just didn’t like me and I didn’t like him so I guess it made us even.”

Getting to wrestle a young Bret Hart before he retired:

“I’ve never seen a kid like that before. He was just a kid and I had been there a long time and when he came in I had never seen a kid hustle and want something as bad as Bret Hart. He was the nicest person and one of the nicest wrestlers in the business and I really thought a lot of Bret Hart. He was a good guy, a nice person to be around and a hard worker and he got rewarded. He appreciated everything he got and he showed it.”

“Superstar Billy Graham and Bruiser Brody were the two toughest guys that I ever got in the ring with. But that is how you learn. The tougher they are, the better I liked it. Ivan Koloff as well he was a tough guy. (Superstar) He could talk you out of your socks. He was gifted in that gab and he could really talk and that is what made him too because his interviews of when he got talking he was such a great interviewer and the crowd would be standing there with their mouths wide open just staring at him. He also had the biggest biceps in the business and had some guns on him.”

“Vince McMahon Sr. was promoting us then and we sold out and turned people away in every town that he and I were the main event. Vince Sr. used to get tickled to death because we were making him lots of money too and that is why Vince McMahon Sr. took care of us. Not just me but The Superstar and all of the guys that wrestled for him.”

His biggest title run as co-holder of the WWWF Tag Team Championship with Tito Santana:

“To me that was like winning a Super Bowl. I thought that was the greatest thing in the world, we were World Tag Team Champions (me and Tito) and as two Texas guys. I was really fortunate to have a partner like Tito Santana, he was the nicest guy and we enjoyed our road trips and had fun and he is such a good-hearted guy. We never argued and I never remember a bad time with him. I felt real fortunate that we held them as long as we did. That was a big privilege and I am real proud of it.”

For the full interview, check out the Two Man Power Trip of Wrestling podcast. 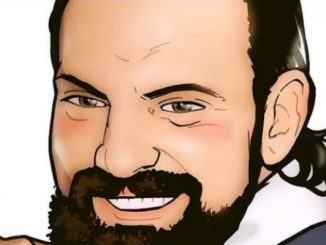