Jinder Mahal was recently interviewed by The Whig and talked about his 2014 release, his childhood hero, and more. Here are the highlights:

Growing up in Calgary:

“I was born in Calgary, big-time wrestling town. You’ve got the Harts, (and it’s the) home of Stampede Wrestling. Wrestling when I was growing up was very, very popular.”

“Obviously, Bret Hart was every child’s hero (in Calgary). I grew up with Bret as my hero. I think everyone could relate to him because he was a great underdog. He was a great role model, even in the city.”

What drew people to Bret:

“Even as a child, I still knew it was hard. I still knew that Bret had worked his whole life for this and I knew that he had come from a wrestling family and this was his entire life’s work. But his character, I think that’s what drew people to him. He made it seem like dreams can come true because he was a smaller guy, wrestling Yokozuna or Sid Vicious and as a smaller guy, he would become champion. Bret did make it seem attainable but he didn’t make it seem easy.”

Paying dues in the business:

“Right now in my career in WWE, our schedule is so grueling, wrestling night after night, plus traveling … (paying my dues) prepared me for that and in a way, paying your dues does give you respect for the business because that’s important. I think some people come into this business from other avenues of life and think that it’s going to be easy. ‘Oh, I’ll just become rich and famous and it’ll be a cake walk.’ It’s far from it.”

“I was just too nervous and I couldn’t perform. I actually got really, really tired because I was very nervous. When you’re nervous, I was very stiff and they kept me in there for like three matches in a row and I was completely out of breath. It wasn’t good.”

His initial thoughts on the 3MB:

“At first, especially me, I was really … not really resisting it, but I was kind of hesitant, I didn’t quite understand why I was put in this role and I hadn’t quite embraced it. As soon as I started embracing and all of us started embracing it and just giving it our all, good things started to happen. When we hesitated, we didn’t quite fully get over with fans, but as soon as we embraced it 100%,” it went over, Mahal said, adding that in cities like New York, Chicago and Philadelphia, 3MB were fan favorites, but in the south, they’d get booed.”

“Looking back at it, it was probably the best thing that ever happened to me because I got to go away and reinvent myself and rediscover myself, get my confidence back, get my focus back most importantly. You need those lows to enjoy the highs and the wrestling business is like that. Sometimes you’re up, sometimes you’re down, but you’ve just got to stay persistent and better days always come.”

For the full interview with Jinder Mahal, check out The Whig.

Also, check out Jinder’s thoughts on his WWE Championship win and what his current relationship with Vince McMahon is like.

WRITTEN PODCAST RECAP: X-Pac, 1,2,360 w/ Gail Kim on her most memorable moments, why she’s deciding to retire, the differences between putting together a women’s match in WWE and TNA (Ep. 48) 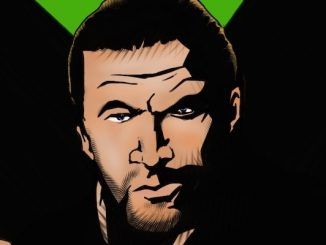