In a bit of surprising news, Mauro Ranallo is headed to NXT to do join the commentary team. It would be the first time he has announced a WWE show since March 7. Considering his contract is reportedly up in August, the move has caught many off guard. He broke the news on his Twitter feed today:

THE NXT CHAPTER BEGINS!
WWE and I mutually agreed to end my responsibilities on SmackDown having nothing to do with rumors about disputes. As I remained under contract with WWE, we discussed a variety of options. Despite originally agreeing to part ways, there was always a desire to continue working together. We have come to terms on a new agreement that benefits both WWE and me, and I am thrilled to announce I will now be part of the NXT broadcasting team.

A few minutes later, Triple H also chimed in on the move:

Ranallo will be taking over play-by-play, which leaves Tom Phillips out of the equation. But since he’s already working Smackdown, the move is similar to when Corey Graves gave up his NXT spot to Nigel McGuinness.

NEWS: Justin Roberts Reveals Why WWE Should NOT Fire JBL, which member of management is the most “insecure” person he’s ever met 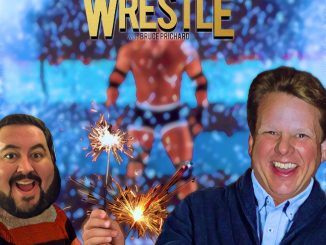 40 Things We Learned from Something to Wrestle: Goldberg – the superstar who lobbied to get him into the company, challenging Steve Austin to a $100,00 fight, WrestleMania XX plans (Ep. 95)