The Big Show is often compared to Andre the Giant. Both wrestling giants suffered with Acromegaly – a disorder that results from excess growth hormone after the growth plates have closed. Through successful treatment, Show no longer suffers from the disorder. Though he is now just a year younger than Andre was at the time he passed away, Show is in incredible shape, arguably the best of his career. Think of Andre at the end of his career and imagine him with a chiseled six-pack for an abdomen. It’s a shame Andre was unable to get a similar sort of treatment. It’s also an incredible accomplishment by Big Show.

In the summer of 2000, however, things we’re not looking so good. Big Show was only a year and a half into his run in the WWF and seemed to be running out of chances. Due to a lack of diet, exercise and general commitment, Show had becoming a liability and a disappointment. He’d taken a couple months off to get in better shape, but returned seeming as lethargic as ever, with reports even surfacing that he had dozed off during a couple production meetings.

This situation was discussed on this week’s episode of Something To Wrestle With Bruce Prichard:

“Big Show had his moments. There were times he would try to endear himself to everyone and sometimes he would do more harm than good in his effort. But Show did not come back in the best cardio shape. He was not really working as hard as he could have to improve. If you want to improve you watch the best. And leaving early, doing things like (falling asleep during meetings)… it doesn’t endear yourself to the office or to the other talent. If you want to learn, you want to sit there and watch and see what everybody on top is doing right, and they’re doing wrong and learn every single night. I still watch every match and wait till the end. I’ve been doing this crap for 44 years, but I still love it too. That’s the only way you’re going to learn.

“The Big Show was immature at that time. He felt he was a giant and that he just simply had to show up and be a giant, and that was enough. We needed more. We needed a working giant. We wanted a giant as an attraction that wanted to be on top and be willing to do whatever it took to get there.”

Originally slated for a co-main event level match at SummerSlam 2000, Big Show was instead sent down to OVW:

“There wasn’t any final straw, it was a combination of things. It was the effort over a few weeks where he came back not in shape, his cardio was horrible. You would get the lip service: ‘I’m eating healthy, I’m eating chicken breast and dry pasta and salad and vegetables. I quit smoking.’ Then he would be out by the truck having a smoke with Krispy Kreme doughnuts.

“One of these times that Show was “on a diet” and “taking care of himself and eating healthy”; Harvey Wippleman walks in with three or four dozen Krispy Kreme doughnuts. Brock (Lesnar) stops him and says ‘Hey, Krispy Kreme’s. Who are those for?’

“Yeah, but don’t tell anybody.”

“So Brock goes in and takes a huge bite out of every doughnut and puts them back in the box and says ‘Go, take them to him now, and tell him who did it.’

“Big Show would send out for four Big Mac’s, forty-piece chicken McNuggets, a milkshake. He just wasn’t taking good care of himself. The fear was, look at the history of giants. Andre died in his mid-40’s. Vince was very concerned that if Show didn’t take care of himself, that he would die at a young age. Didn’t want that to happen. Really wanted this guy to have a career and for him to be healthy because he’s already got one strike against him. We felt that the only way he was going to take things seriously was if we sent him down to OVW, get your ass in shape. By getting your ass in shape, it’s not just losing weight but getting in ring shape, being able to go, get your cardio better. When you’re right, we’ll bring you back. Vince had just had it. It wasn’t just one match or one night. It was a culmination of Show not being able to perform at the level that we were looking for him to perform at.”

For the full episode, check out Something to Wrestle With.

For the full written recap, check out Jeff Rush’s review of Something to Wrestle With: SummerSlam 2000.

WRITTEN PODCAST RECAP: Bischoff on Wrestling – ranting on the Battleground flag match, the TV show Eric almost hosted, what one thing would he change about WWE if he was in charge? (Ep. 53) 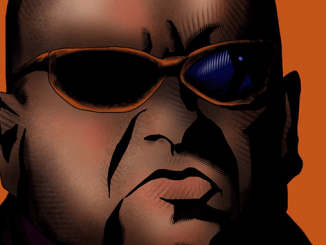 QUICK QUOTES: Taz reveals he once turned down a match with Brock Lesnar at Madison Square Garden

PODCAST RECAP AND REVIEW: X-Pac 1,2,360 with Shelton Benjamin on his return to WWE, how things have changed in the company, the one wrestler he went off on, his thoughts on Brock Lesnar, which two legends made him nervous to compete against (Ep. 76)