-Austin gets a new bike

Austin welcomes everyone to the show as he does every week. He then introduces his “illustrious” wife Kristin as his guest.

Austin shares his continuous thoughts for those affected by the many natural disasters that have been occurring; i.e. hurricane Harvey and Irma. He said they recently experienced a small earthquake in Los Angeles. He then gave a shout-out and tribute to the late Bobby “The Brain” Heenan. He told a few stories from his days when Blackjack Lanza was Austin’s road agent; how Lanza and Heenan would get into all kinds of shenanigans. Austin tells a story about how Heenan pulled an April fool’s joke on everyone at his Hall of Fame induction.

Shooting the breeze with Kristin Part 1

Austin introduces Kristin, who immediately comes at him with a rib about how he was trying to coach her about being on the podcast. Austin explains he is just trying to get her to be more in-depth with her responses because when they aren’t on the air she just talks all the time, but when they are recording she gives stiff responses. Both have a light hearted laugh about the rib.

Austin and Kristin then joke about how their silver lab, Moolah, is overweight and walking her is like walking a school bus. Austin says he is going to put Moolah on a Keto diet like he has been on. Austin gives updates on his Keto diet and how he is updating and changing it. Austin talks about how his athletes from the ‘Broken Skull Challenge’ have helped him update and add new things. Austin and Kristin start talking about how energetic and loud their lab puppy, Cali, is and how she keeps interrupting Austin’s workout and then overcomes Kristin just as soon as he gets Cali tired.

Kristin tells the story of how they used to have bikes that they bought, and how they were absolutely loaded down with things they didn’t need. Now, about ten years later, they are going to take up biking again. Austin said Kristin convinced him to get a new bike because his needed so much work. Austin looked at several different bikes and asked to try them out. Kristin jokes that he rode so long he was never going to come back with it. He then tells a story about when they first started dating and they were riding their original bikes. Kristin’s bike had the peddle clips to keep your feet in place, but she couldn’t get her feet undone and fell over on the bike and started cussing Austin out because she was so upset.

Austin started ranting on the way drivers drive in Los Angeles. He said he would be happy as a clam if he could drive his mules around the city. Austin then began talking about how he needed to get out of the city and went to the Broken Skull Compound. He went back to his rant on how people drive because he was cut off by a Kia Optima on his way back from his trip. Austin then talks about a Mitsubishi Diamanté doing the same thing as the Kia.

Shooting the breeze with Kristin Part 2

Austin comes back joking about the Mitsubishi Diamanté. He talked about buddy, from the Car Cast with Adam Carolla, bringing over a McLaren 720S, but Kristin had a root canal that threw a wrench in the plans. Austin and Kristin tell another story on Cali about her being fixed and that’s why Austin couldn’t test drive the car. Eventually, Austin’s buddy brought the car and he got to take it for a test drive.

Austin then tells Kristin they need to talk about the couch, or couches, because she wanted to add more furniture. In the process of getting the new furniture, Kristin realized they had extra pieces and went to get more so they can put it in his podcast studio. The pieces wouldn’t fit in his studio, so now Austin has a green room at 3:17 Gimmick Street. Austin and Kristin joke about how they had to pay the movers $100 to move the furniture.

Austin then starts discussing all the different natural disasters that are going on all across the world. He began talking about how there was an earthquake there in California and that earthquakes scare him. He went into a story about when they lived in Malibu being on a fault line. Kristin made a point that she had been on Austin to get a generator so they can be prepared for these unpredictable situations. Austin starts going on about all the things that were in their garage where the generator would go, which led him into a story about lollipop scales.

While Austin and Kristin kept talking about things they need to do to prepare for the unpredictable, Austin went into a story about Blanton’s whisky. Austin says his favorite whisky is Blanton’s and Kristin found some for him, he got so excited they tried to go back and buy the whole case the store had.

Austin closed the segment with a story about Ric Flair and how he is improving and that everyone needs to check out the story in People’s magazine.

Austin thanked Kristin for being on the show this week. Austin’s thing to watch for the week is the People’s magazine website story on Ric Flair. Austin promotes Broken Skull Challenge on CMT. Austin plugs his IPA beer and his knives. Austin thanks his sponsors one more time. He then promotes the new Podcast One App and his social media handles to close the show.

“My right arm is as crooked as a politician.”

“The name of my bike is Grandpa.”

“This motherf**ker deserves its own zip code.”

“Rock made a movie about the San Andres, I lived on the motherf**ker.”

This episode of The Steve Austin Show Unleashed was decent but nothing to get overly excited for. Kristin is always a fun guest and the stories they share give a nice look into their lives as a married couple. The segment about Bobby “The Brain” Heenan early in the show was one of, if not the only, wrestling topic covered. Overall, there were some good stories and segments, but nothing that would grip someone who wasn’t already invested in the Unleashed show or came here looking to get a better glimpse into Stone Cold’s career. This is a podcast that by no means would leave you feeling left out if you skipped, but if you just want some background noise while cleaning or, like how I listen to most podcasts, while driving, then you’d certainly enjoy it.

Kasey Malone is a lifelong wrestling fan who got introduced to the business during the Attitude Era and the Monday Night Wars. Malone started producing and co-hosting a podcast called Figure 4 Fallout in 2012 during his freshmen year of college; you can still hear Malone and his buddies discuss various topics ever week live on Tuesday nights by going to inside.ucumberlands.edu/wccr or by downloading it on iTunes and various other podcast apps on Wednesday. Malone has also appeared on the WWE Network show Edge and Christian’s Show that Totally Reeks of Awesomeness; episode 7-TLC. You can reach Malone on twitter @TheKaseyMalone. 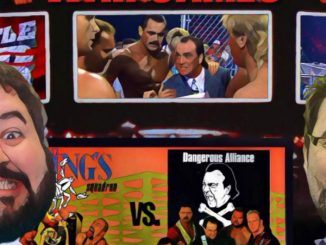 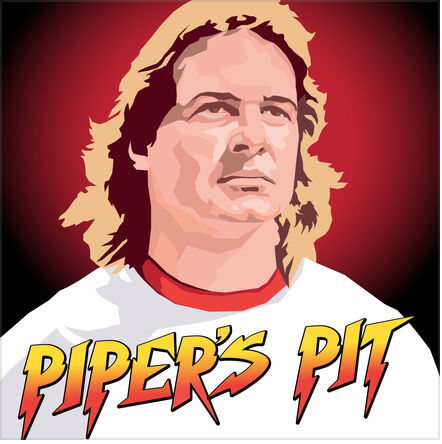 PODCAST RECAP AND REVIEW: The Steve Austin Show with Ivory (Part 2) on her non-wrestling job before the WWF, the advice Chyna gave her, joining Right to Censor, Mae Young’s prank on Jerry Lawler, entering the WWE Hall of Fame