Matt Hardy took to Facebook this past weekend, following an unpleasant experience he’d had at the Raleigh-Durham International Airport:

“I am flying from Raleigh to Denver this evening for WWE RAW tomorrow. As I went thru the TSA security line to get to my gate, one of my carry-on bags were flagged after going thru the scanner. As it turns out, it was because of a brand new TSA policy that considers the protein bars that I typically travel with too large. Due to this, my entire carry-on was thoroughly checked, with everything coming out of it, & I had to remove my shoes & belt again for a detailed bodily screening & pat-down. I am at a point in my life where I obviously don’t do things that could jeopardize my life, so there wasn’t an issue besides being extremely time consuming. The TSA officer was quite polite & nice, which I greatly appreciated. It was a ‘nothing’ alert & stop, but the TSA officers were merely attempting to do their job & ensure the safety of everyone flying today. My point is this–I could have easily b**ched & complained online, which many people do after an experience like this. Does complaining about every experience that doesn’t go 100% in your favor on social media make it better? Sure, it’s cathartic & makes YOU feel better by saying it, but what’s the true effect? There’s already so much division, negativity & hatred nowadays because EVERYONE HAS A VOICE. But with that voice, there comes an enormous responsibility. Be conscious, accountable & responsible with the luxury that we are all allowed to have a voice online in 2017. That goes for every single member of the human species all the way to the President of the United States. Think before you speak online, people are listening & influenced more easily than ever. It’s easy for all of us to selfishly go into business for ourselves, but division among us is currently a growing epidemic. We all need to do our part to help create unity, even if it seems like a minuscule act. I challenge you to look at the big picture in your life & leave ego behind–make decisions that influence the world in a positive manner.”

Rush’s Analysis: I think I get what Matt is saying here, and if so, I’m mostly on board with it. I must say, getting halfway through his 350+ word rant, only to arrive at the part where he says he’s not going to “b**ch & complain” like everyone else was a pretty nice payoff. 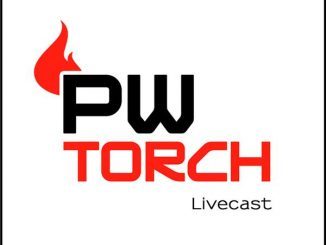 WRITTEN PODCAST RECAP: PWTorch Interview Thursday with Hurricane Helms on the Hardy situation, which wrestler has the perfect hairline, who the sweatiest people are in wrestling