In advance of “Global Wars,” a joint ROH and NJPW show taking place at Buffalo Riverworks this Thursday, Buffalo News featured an interview with Cody Rhodes.

On the current state of professional wrestling:

“I could be totally wrong, but I feel a lot like I did in 1996 and ’97 as a fan when my family’s business was getting ready to be the coolest thing. The next thing I know, I went from being the only wrestling fan in my class to having Nitro parties and the Monday Night War. I feel like we’re on the cusp of entering a really, unbelievably good era for our industry fans and competitors alike. Financially of course, but for fans, there’s variety. You can go on to New Japan World and there’s English commentary primed and ready. The Fight app is primed and ready for Ring of Honor. The WWE Network is primed and ready. It’s whatever you choose.”

Buffalo was also the setting for Battleground 2013, which saw Cody and Dustin Rhodes teaming together for the first time, with Dusty in their corner. They would defeat Seth Rollins and Roman Reigns, then members of the Shield:

“Going into it, I felt completely different than when I was coming out of it. There was a lot of high stress at the time. It was almost uncomfortable because I was working really hard to garner my own spotlight and getting away from the family. But then, obviously, it became a magical moment. It’s a great learning experience when you’re busting it for 20 minutes, and then my dad just does the elbow. That was the thing that got the people to stand up for the remainder of the match. Grab an apple, because you’re going to school.

“It was really special, and looking back on it, it’s a tremendous memory. Our family looks at it as Dusty’s last stand. He could barely get up the steps, but on that night, it didn’t matter.”

Regarding the legacy of Dusty Rhodes:

“This is something I struggle with pretty regularly. Had he not been famous, I wouldn’t have shared him with anybody. But because he was who he was, I have to share him with the world, in terms of what happens next, his legacy, and things like Starrcade and War Games.

“I have to be honest, people don’t always like my opinion. There’s no handbook for how I’m supposed to handle this. I don’t know what’s best all the time, but I know a lot of his estate, creations, and likeness are owned by WWE. That doesn’t always mean I have to like it, but I try very hard to protect his legacy from a family standpoint, but also, I know he would like me to do as much stuff about ‘me’ as I possibly could.”

RECAP AND REVIEW: Ron Fuller’s Studcast with Bill Watts on the babyface turn of Dusty Rhodes in 1974, how it went down, why it was the perfect situation, the live interview that was lost and what was said 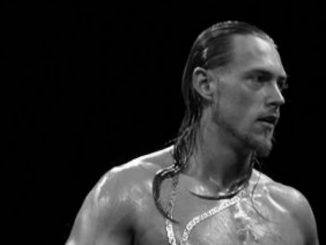 QUICK QUOTES: Big Cass on The Big Show helping him, what his dream match is right now