As part of Mental Illness Awareness Week, Chicago Magazine published a video and posted it on YouTube. Former wrestler, AJ Mendez (AJ Lee), appeared, along with four other individuals. The video was edited into small clips, with each person discussing their experience dealing with mental illness. Featured here are AJ’s segments from the video.

“My name is AJ Mendez, I am a former championship wrestler (laughs) and current author of Crazy Is My Super Power. Finally being diagnosed (was) simultaneously the most liberating, relieving feeling in the world. Getting an answer let me know that there was nothing wrong with me, I just needed to work a little harder.

“I was afraid to tell people that I was bipolar. I did not tell anyone while I was wrestling. The ironic part was that my character on television was the ‘crazy chick.’ My character was supposed to be unstable, out of her mind. In a way, it was like hiding in plain sight. Fans loved this character because of that. They embraced her crazy. It really taught me that when you are open about your flaws and you just put them out there, people are so accepting and forgiving and loving.

“I wrote an essay, basically coming out as bipolar. I got my first gray hair that day. I was so incredibly stressed out about just coming out to the world. (I received) a flood of support. Not only just people saying they had my back and they were proud of me, but the amount of people that were emboldened to tell me that they were also suffering.

“The word ‘crazy’ I feel people have used in this hurtful way, and people have become afraid of it. I used it in my life, kind of as a joke, and it offended people immediately. I wanted to take that power away. When you take something and you wear it as a badge of honor, it can no longer be used as a weapon against you. “

One in four people today are dealing with a mental health challenge.

“That means if it’s not you, it’s someone you know. It could be someone you love. (We need to) educate ourselves and let people who are suffering know they’re not alone.” 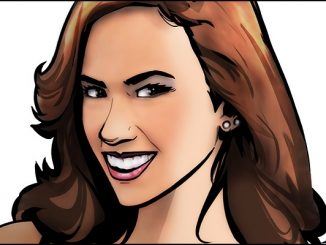 QUICK QUOTES: A.J. Lee talks life after wrestling, why she decided to write a book, if she’s working on a second one 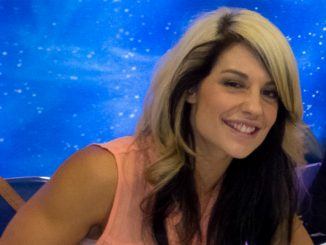 QUICK QUOTES: Kaitlyn on why she has returned to wrestling, will she be in the Royal Rumble?