The School Of Morton Podcast

The babyface pop Donald Trump at a rally in Johnson City. Ricky had never heard anything like it in his life.

As he’s gotten older in the business, he enjoys the feeling of the people popping for him. He walks to the ring more slowly to feel it and enjoy it.

He tries to teach younger guys they have to be themselves and believe in themselves when they go to the ring.

Ricky hanging out with Y2J recently.

The Rock N Roll Express made their WWF debut 25 years ago. They were there as part of Smokey Mountain Wrestling. It was an exciting time for him and he compares it to “going to the show.”

Ricky stresses that in order to go to the big show (in wrestling), you have to understand the business.

These days, people don’t know how to draw money weekly like they did back in the day.

Ricky learned from the best, which is what a lot of wrestlers today are missing out on.

Ricky answers Twitter questions about working in the WWF, the Apter mags, working with Sonny King against Larry Latham/Wayne Ferris and Kofi Kingston.

Regarding the Apter mags, Ricky thanks Bill Apter and says the mags kept everyone fresh. Back then there was no social media (thank God) or cable.

He talks about upcoming shows he will be appearing on

Review: I had always been meaning to listen to this show. I didn’t know that it only drops monthly. I wasn’t too keen on this particular podcast maybe because he didn’t have a guest. I wasn’t keen on his co-host either as it just felt like an awkward podcast. Ricky stressed that a lot of people didn’t understand the business but contradicted himself. For example, earlier in the podcast he said Hogan understood the business and how to work the crowd but later on he said Hogan (among others) were only it in for themselves and didn’t know how the business worked and that’s why it failed. Because this is the first one I’ve listened to I’m not going to say pass or recommend about the podcast but for this specific episode, I would give it a pass. Rating: 6.5/10

You can listen to Joe along with PWPodcasts.com contributors Caitlin Lavelle and Jeff Rush each week on The Pull Apart, a PWTorch VIP-exclusive podcast that breaks down the previous week in pro wrestling podcasts. To become a VIP member, visit PWTorch.com.

WRITTEN PODCAST RECAP: Something to Wrestle on Randy Savage, Relationship with Andre, the Mega Powers, “Iron” Mike Sharpe’s OCD, Pomp and Circumstance, what Randy thought of Jay Lethal’s impression, and much more. Part 1 of 2. (Ep. 64) 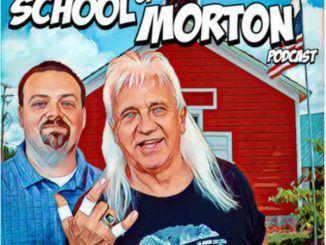 RECAP AND REVIEW: School of Morton on meeting Alice Cooper, who the best wrestler in the world is right now, concrete block to the head, the worst a** whipping Ricky ever got

RECAP AND REVIEW: Prime Time with Sean Mooney with Zack Ryder on beating cancer, his new podcast, why he and Curt Hawkins initially hated each other, how “Woo Woo Woo!” started, one of his biggest regrets, why he stopped Z! True Long Island Story