Sean welcomes Anthony Carella aka Santino Marella to the show.

Watching wrestling as a kid

Getting into the Business and Japan

Working in the WWE and inspiration for the character

Fans reaction to the Santino character

How Santino views his spot

The appeal of the Santino character

The Fastest Elimination and Donald Trump

An appearance from Santino The Character

Sean thanks Santino for being on the podcast. Catch him @milanmiracle on twitter, @themilanmiracle on Instagram and check out his website https://www.battleartsacademy.ca/ for more details on his school.

Once again, this podcast hit one out of the park. Sean is an excellent interviewer and Santino was an excellent interview. He’s smart, funny and has a good views on the business. I wasn’t a huge fan of the character when he first came out but as it progressed I started liking him a lot. It was a fun character and he did some really funny stuff and had, as he says, those moments. Plus, he was around for 10 years. You have to have talent to be around for that long. If you have limited time to listen to stuff, this pod is one I’d put near the top of your playlist. 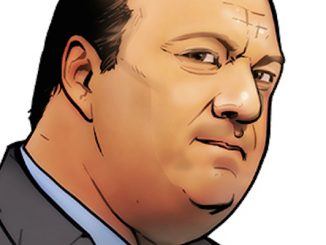 PODCAST RECAP AND REVIEW: Sam Roberts Wrestling Podcast with Dan Soder – preview of WrestleMania 34 with rundown of every match, favorite ‘Mania, the wrestler who may have taken over for Roman Reigns in the back of Vince’s mind (Ep. 180)