-Edge states most would assume they were too lazy to call anyone, so let’s do a Q& A this week. WRONG! Christian was too busy. He had people lined up, but needed to call them back.

-Edge drove 15 hours up to Canada this past weekend to help clean out mom’s house. He found a game used hockey stick, which led to hockey stories.

-Christian was at the WWE Performance Center. Edge asks if he was “training” HBK again. No, working with new talent. Then did press interviews for Knight Fight on The History Channel starting on January 23, 2019 after Vikings. Actual armored knights fighting MMA style with blunt objects but with actual weight.

-Edge said he was watching Vikings because his character had some pivotal scenes and he heard Christian’s stupid voice come up on commercials. They are taking over The History Channel! Don’t forget about Edge and Christian Show on every Monday after Raw. This week’s show might be most funny.

-AEW announced this week. Double or Nothing in Vegas on May 25th in MGM Arena of 17,000+. Can they sell it out? Christian says yes and that they proved it with All In. They worked hard and there was big interest in it. Edge says but All In was in Chicago, which is a wrestling town and central in US. Plus it was first one. Vegas is now 17,000+ people. He likes their vision to shoot for the stars with Khan though.

-Chris Jericho joined them. He doesn’t need the money because one of the biggest stars of this generation. He wants to truly help build it. Edge says that monopolies aren’t good for anything. New Japan, ROH, Impact and now AEW are around to help.

-Billy Gunn is going to be backstage producer. E&C rocket strapped him and Cody and The Bucks and CD AND Frankie by having them on the show. Their rocket strap is real.

-Christian’s daughter thinks she is Lady Gaga. She is now singing the soundtrack to A Star is Born constantly. So into the song ” Shallow” that she sings Bradley Cooper’s part, but gets more into Lady Gaga’s part.

-Edge’s daughter, Lyric, told him she wants to be a mermaid. He asked if that was a job? She said yes, underseas one. Her idea of a mermaid is like a pirate but nicer. If not that, then she wants to be a monster truck driver. He is hooking her up with Madusa.

-How did Edge keep a straight face when he was wrestling HBK and his jacket got stuck in the stage?

-Goldberg literally broke Christian in half with a spear. How did that feel?

Christian says well it was not literally since literally means really in half and he is not broken in half. It was there and Goldberg brought it. He felt it, but he’s a pro. Edge said they were always bumping heels and feeling it.

-Can Tommy Dreamer be a cast member on Season 2 of Total Divas?

Christian says people like it and want it to be a real show. Edge said that he was always saying if women were Divas then guys had to be Divos. They took actual scenes from Total Divas and some not so much. Tyler Breeze, Fandango, Ryder, Hawkins and Ziggler are a tight unit. Going to be tough for anyone to crack that roster.

-If you could play any superhero or villain in a movie then who would it be? Edge says Sabertooth in X-Men Universe, Beta in Walking Dead or Jack Reacher.

-If Zach Ryder had to choose his figurines or Cheslea Greene, what would his choice be?

Christian says action figures for sure.

-What’s a bump that looks less painful than actually is?

Edge says depends on who is executing it, but the body slam. Over rotate it and you can hit your feet then lower back. Christian says monkey flip. Both giving and receiving.

Christian wanted to be in an Iron Man match, but never got a chance. It is hard to keep an audience engaged for an hour, but tell a great story. Edge wasn’t in one either, but agrees.

-Who came up with lyrics and music video for “Straight Out of Greenwich?”

Edge and Christian both came up with idea of video. Mike wrote lyrics and jingle. Edge never thought him twerking would be on TV, but it was.

-Any match you think is best, but doesn’t get the mention as much as others on the lists?

-At Unforgiven 2000 as an E& C mark in the day, was Jeff Hardy supposed to fall out of the cage that early and if not what was supposed to happen?

Christian says it was supposed to happen. Rule was both team members had to get out and touch the floor to win. Jeff was supposed to be knocked out, so E&C could isolate Matt and do some great spots. Jeff got to flip off the top of the cage. Edge says he got to bulldog Matt on the cage and WWE was worried about an accident.

-It is my 14th birthday. Can you guys sing Happy Birthday? Edge says no one wants to hear that, but Nicole. They sing.

Which wrestling promotion will be at top of the food chain in 10 years?

Edge says WWE even if something would happen to Vince. Christian agrees. Edge says not much can change in 10 years. Others will be viable.

-Edge, how long were you under the ring at ECW One Night Stand in order to spear John Cena? And Christian, why did you have your hand over eyes gesture when you walked out?

Edge says Christian was squinting and he has no clue about amount of time. Could have been whole show or halfway through. Christian says he was looking for his peeps.

-What is your favorite Queen song and do you like Adam Lambert with them?

Edge says he wants to see them with Lambert, but will never be Freddie. “Sail Away, Sweet Sister” is a fave that most don’t know.

-If Adam got his wish and could have came into WWE with real name and would Christian (since they are brothers) used Copeland too? Been Copeland Boyz?

Christian says he would have probably came up with something different.

-Visually, what are your favorite titles historically?

– Have there been talks between AEW and the Grapevine’s favorite son?

Christian says if they want him then they would have to pay them in cash. He doesn’t like a paper trail and seems to have disappeared right now.

-Fun tales from the Edge and Christian Show? Things you wanted to do and couldn’t?

Edge says honestly the fun tales were all day long and everyone has a blast. We are just doing our thing. Christian says WWE lets us do what they want and they are having fun with our friends.

-Has Christian bought all the houses on his street?

Christian says no because people at the end of street are holding out for more money. Most have been converted to bird sanctuary. Edge thought it was going to be bird village.

-Will we see a hockey rematch on Up Up Down Down?

Edge says Birdman doesn’t want any part of that. Christian says, “Yes I do because they weren’t regulation controllers.”

-Who is your favorite WCW Cruiserweight?

Christian says it was very intense because it hurts. You get serious bruises. It is a beast because of multiple opponents and the timers. Edge says it sucked. It is fun, but it hurts. The 2000 Elimination Chamber was a favorite. Christian says he was only in one.

-Who were workers that you wanted to face, but WWE never signed?

I wanted to rate this higher because there were so many great questions. I just wish the answers had been more detailed and longer. I realize they were trying to get so many questions in. The synopsis of the episode said they had received over a thousand. I can only hope there is a part two of this show. 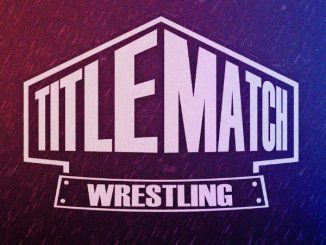 PODCAST RECAP AND REVIEW: X-Pac 1,2,360 with Shawn Michaels and Rory Karpf on the biggest challenges while making the Ric Flair documentary, a scene that was cut from the movie, HBK on working with Kevin Nash and Sid, his role in NXT, why his retirement match was against Undertaker (Ep. 74)