LOS ANGELES, CA – WWE Superstar Amy Dumas AKA Lita is the special guest on a brand new episode of Lilian Garcia: Making Their Way to the Ring. In an intimate discussion about her legendary career, Amy discusses how her injury in 2005 impacted the relationship she had with Matt Hardy, her thoughts towards the public split being turned into a storyline and what she did to move forward afterward. Dumas also gives her thoughts on the impact she had on other female wrestlers, in this exclusive interview.

Highlights from Lita’s interview are below:

Amy on her relationship with her father: “My dad never came to a soccer game, a swim meet, anything. So I just never … it was odd I never knew him, but I didn’t know that I didn’t know him, because I saw him everyday. And the moment my parents split up, we pretty much never talked. Because I didn’t have anything to talk to him about now that he’s not under the same roof.”

How her relationship with her father has affected her: “I know that it’s affected my relationship with men because it makes me keep a wall up and never really give in, because I’m like I don’t want the rejection. You know? And I just never felt accepted by my dad. He was just never interested in me, you know? And I do feel like I’ve always just leaned on ‘Oh I’m a tomboy, I’m into like you know, cool dude stuff, I’m into skateboarding, I’m into hardcore, I’m into martial arts’, because it’s like, yeah I wanted approval from guys. I wanted to be around things that the guys were doing and I wanted them to be like ‘Wow you can do this as good as me, high-five’. And realizing that that’s why I was gravitating towards that was a little hard to swallow.”

Amy realizing her relationship with Matt Hardy was coming to an end in 2005: “We were slightly disconnected while I was at home recuperating because he was still 100% into his career and I was 100% out of it at the moment, because I had to be. And I remember thinking ‘Yeah we’re not gonna be together after our careers are over because that, that is our bond. The way we view life, our interests, they don’t really align you know?”

When Amy and Edge began bonding: “I know both of us were kind of like, ‘Oh sh*t’ you know once we started to-to realize we were more than just two bros just hanging out. And so the hard thing that has always been with this time period is, you know, we realized we were going down a path that we shouldn’t and what I mean by that is mentally, mentally.”

“We’d kissed finally and freaked out.”

She adds, “Adam was on the road and I said ‘Hey, you know what? Let’s take this as an opportunity. We need to be in our own worlds and evaluate and don’t do anything because you know, like don’t do anything for me, I’m not gonna do anything for you. I need to figure out what is right for my world. You need to figure out what’s right for your world. If we meet up on the other side, cool. If not, I support and respect whatever your decisions are. He’s like ‘Okay that seems like the mature adult thing to do’.”

Amy’s thoughts on the whole thing being turned into a storyline: “It became such a hot story and they said ‘They want to turn this into a story, but you guys have been professional, he hasn’t, there is money involved in this storyline, but it’s your call’.

“You know we felt terrible he lost his job over it so we’re like ’Yeah, we made our bed we’ll lie in it.’

What Amy learned about the whole ordeal: “I think just acceptance of me with all my flaws and acceptance of everyone else and all their flaws as well.”

Watch and embed the full episode from AfterBuzz TV here: https://www.youtube.com/watch?v=X8ndrIvzv8Q , or download the podcast version on iTunes: https://itunes.apple.com/us/podcast/making-their-way-to-ring-lilian/id1178198030?mt=2.

PODCAST RECAP AND REVIEW: E&C Pod of Awesomeness with Johnny Gargano on winning a wrestling match at 8 years old, how the name Johnny Wrestling came about, the great advice Shawn Michaels gave him 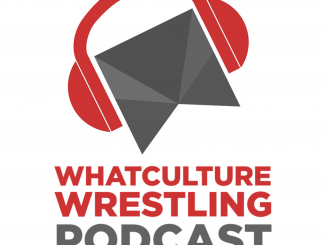 RECAP AND REVIEW: WhatCulture Wrestling Podcast – Which Wrestlers NEED to Leave WWE for AEW? Former Champs That Need a Fresh Start! Which Tag Teams Would Be Better Off Elsewhere? Could WWE Legends Make the Move?