Former WWE and NXT Play by Play announcer Rich Brennan “Bocchini” stopped by Under the Mat Radio to discuss his feelings on working with JBL, difference in commentating for NXT and Smackdown, advice Dusty Rhodes gave to NXT guys and so much more! You can listen to the full interview below; here are some of the highlights:

Rich on JBL being difficult to work with:

“JBL was difficult to work with as a broadcast partner, it’s nothing you can do about it because that’s Vince’s (McMahon” guy. With this whole thing going on (Mauro situation) I don’t know but it seems like he’s entrenched there. He basically violates all rules when it comes to broadcast announcers in how we are trained to be announcers because he can.  Difficult to work with part of that is his heel persona, some of that is if he (JBL) doesn’t like you or respect you then it’s dialed up little bit. At times I felt like he really didn’t work to make the product better he was just there to get himself over. Backstage he was ok to me, can I see him giving Mauro a hard time? Absolutely I can …”

Rich on differences commentating for NXT and Smackdown:

“I would be at the Performance Center in the voice over room every day calling matches, sometimes the same match over and over and over again. Sometimes I would try to get the talent in there at least once or twice to give them an idea of how we do certain things. With NXT the idea was more of it to be classic wrestling, more of a focus on wrestling with tradition with a sprinkle of how WWE calls things.  WWE is of course a story telling company so you had to make sure you’re getting over the story the best you can. From that to Superstars was a completely different thing, if you ever watched Superstars when it was on it was basically a RAW recap show. I think it was about 2 matches on there and they didn’t even want us to call the action that much during those matches. They (WWE) wanted us to talk about other stuff and putting over the stories about things that would be happening later on. So that was challenging to go from focusing on what’s going on in the ring in NXT all the time and going there (main roster) being told to just call the high spots but just get over stories of other stuff that’s going on …”

Rich Brennan also discussed why he loves hockey so much, how Triple H office is wired to the performance center and NXT, things Vince McMahon don’t like, his Undertaker story and much more in this exclusive interview on Under the Mat Radio. 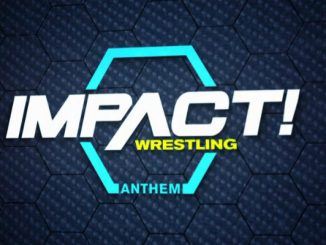