Jessie Godderz was recently interviewed by TV Insider to talk about the Amazon show he’s on, Tainted Dreams. He also answered some questions about Impact Wrestling. Here are the highlights:

Why he’s been gone from TV:

“I just had a handful of other projects that took precedent. They were understanding with it. I’m still under contract right now. Other than Sonia (Blangiardo, the creator of Tainted Dreams) and my CBS family at Big Brother, obviously I owe the world to Impact Wrestling for giving wrestlers chances to branch out. Everything is as planned and on schedule as of right now.”

His thoughts on the future of Impact:

“I think the TV product is definitely a reflection of the different characters that we have. I think people are also questioning where it can go from here. There was a regime in place and performers took off in different storylines and a lot of them succeeded. That’s what brought the vast majority of the fan base and kept them as well. People were also trying to replicate what was being done. There are a lot of innovative things happening and new partnerships, internationally as well. I think a lot of people are going to be able to benefit from it in the near future.”

For the full interview, check out TV Insider. 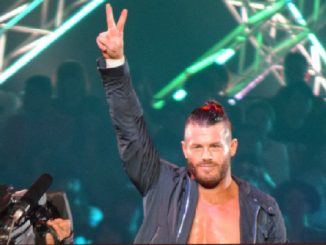