Alex Riley was a recent guest on the Two Man Power Trip of Wrestling podcast and talked about the rumors regarding John Cena, his role on GLOW, and more. Here are the highlights they sent along:

Did he expect this massive fan response to GLOW following his departure from WWE:

“Absolutely not. When the WWE and I decided to part ways after ten years there wasn’t much I didn’t do at WWE when it came to broadcasting and NXT back and fourth and the run with The Miz and all that stuff and the main event at WrestleMania, it was fantastic. I kind of got to the end of it and was trying to figure out what I was going to do career wise moving forward and I was trying to get into some broadcasting and acting which had always been a big dream of mine and obviously some of the WWE guys have gone on to do some acting, certainly The Rock and Cena is trying to parlay into some acting but I was just unsure and didn’t know. I had a tape put together while I was with WWE of the backstage things I had done and a lot of the broadcasting things I had done and sent it off to a bunch of people. One of them was a manager in Hollywood and he loved it and thought it was great and thought I could get some work right away or at least had a good shot at getting work but I don’t think anyone could have predicted this. This has been so far an out of the park home run type of thing for it just being this early in my acting career and it really being like the perfect role. When the audition came across his desk and he passed it down to me I remember reading it and thinking (uh-oh) that it is kind of eerie the type of role that it was.”

“I just thought it was such an eerie thing and was, well what if I do get this? I thought it could be interesting. The fact that I got it and the amount of success that it has had has been absolute incredible and I feel very fortunate to be a part of the whole thing and a kind of stars aligning in the right way and here I am talking to you guys so I can’t complain.”

His actual role on the show as Steelhorse:

“Yeah and it is that all these things have been a great ride since the moment that I got the script. My manager explained to me that they weren’t just auditioning and that this was a guest star role (which I am learning now is a very important spot), it is a spot where they dedicate the plot of one story to your character and how you are involved in the plot moving forward. He said to me that they are not just auditioning wrestlers for this, they are auditioning actors for this and pretty much anybody in Hollywood that they think has a shot at this or fits this type was going to go up for this role and so I got it. The fact I got the part from that was incredibly exciting and to find out that it is a Netflix original series, I started paying a lot more attention to in addition to watching a ton of Netlix. It is the new movie now. I listened to Kevin Spacey say how a lot of prime time actors are going to be moving into episodic television because they have the opportunity to make their character a ten hour character and there is a lot more time and space to develop these stories and these characters and it is not just an hour and a half of special effects cut up and put in the box office. I think that is the truth and I think now that you are seeing certainly with Netflix a lot of these original series he (Spacey) is on “House of Cards”, “13 Reasons Why” and a lot of great stories with great plots and great characters that Netflix is now making and turning out and it shows and “GLOW” is right up there with all of that. It is a fantastic show and if you haven’t seen it please go out and check it out. It is like I stepped right out of the WWE and stepped right onto a team that of the best in Hollywood and from my first moment and turning every corner and finding out that it is just even bigger and bigger of a project than I had known about before has been just absolutely incredible.”

Was he happy with his role in WWE in a broadcasting role prior to his departure:

“Did I like it, I guess I’ve been asked this question before and this is how I’ve addressed it: No I did not. I don’t mean to be blunt but of course I didn’t. I went there to be a wrestler, I wanted to be a wrestler very badly and I certainly was athletic enough and certainly had the tools and a lot of tools to be the best wrestler there. I always felt like I had what it took to be the WWE Champion. To be 250lbs and ex-professional football player and to be sitting behind the desk was highly frustrating for me. That being said, I loved when the red light was on and I was talking WWE because it was fun and I always was a huge fan of WWE and always knew the product better than anybody else and had a great perspective of what it took to not only climb through High School and College to be a semi-professional football player because I’ve been an athlete my entire life, so you weren’t going to put anybody on that panel that had more athletic experience in different realms and who could give a perspective of what happens inside of the ring. I had my ass kicked in the ring a lot of times and I kicked a lot of ass in the ring so I had perspectives on both. But no, absolutely not because I felt I should have been in the ring and it was about two years of my career that I was in great shape and proved it when I came off the desk and I wanted to be out there. That being said, I was apart of the company and was able to work extremely hard and give them what I had behind the desk so in that regard it was a good thing.”

Addressing the John Cena rumors and if it played into his departure from the company:

“I guess I’m not saying anything that other people haven’t already kind of said. It is kind of out there but I’ll say this. There was an incident and it certainly affected the path of my career, however I am not going to talk about it right now and I’ve kind of gone back and fourth in my own times morally with do I say anything or do I not. I am not in the habit of destroying anybodies career so it is just something at this point that I don’t want to address further than that but one day I certainly will. It was a hard situation to deal with.”

For the full interview with Alex Riley, check out the Two Man Power Trip of Wrestling podcast. 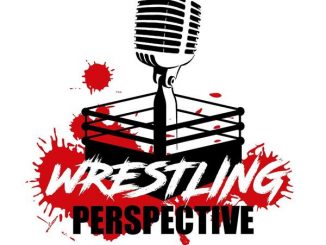