The boys are back in the U.S. after their London Film & Comic Con appearance. Edge says that the most asked questions from the fans were who is favorite opponent was, his favorite match, and if he misses being in the ring. Christian says that the most commented item to him was that he deserved a longer World Title run, which he appreciates.

Even though it’ll be discussed in the Q&A later, the boys decide to go ahead and talk about those popular questions. For Christian, he considers his career to be split into two parts: His tag team days, and his singles days.

Under the tag team portion, he feels that his favorite opponents were the Hardys & the Dudleys. Singles career was Randy Orton, as not only was he in the Main Event as Champion, but they had great chemistry together. For Edge, he agrees on the career split, and echoes the Hardys and the Dudleys. Singles is tougher, because he has been fortunate enough to wrestle some of the greatest, and mentions such favorite opponents as both Hardys, Eddie Guerrero, Kurt Angle, and the Undertaker.

For favorite matches, Christian’s favorite is when he first won the World Championship. He admits that he has never watched it back, but knows how it felt when he won, which was very special. He also likes to include the first Tag Team Ladder Match against the Hardys, because it put them on the map. Edge feels that they’re all subjective, and talks about how the match where he won the Tag Team Titles with Hulk Hogan was one of the most fun, but it may have not been the best match. He also, of course, had a lot of fun first winning the titles with Christian as well.

Edge notes that this week marks the 2nd year anniversary of Roddy Piper’s passing, and talks about how strange it is to think of a world that doesn’t have a Roddy Piper in it.

In Edge’s opinion, Piper was one of the most entertaining people he’d ever seen, and believes that no one else could come close to him on the microphone. He uses examples of how he could play such a heroic face, or a vicious heel. They talk about his WrestleMania 8 match against Bret Hart, and how it was such a good match. I completely agree, and to this day, it is one of my favorite matches. The story and build was so simple, and it had fans on the edge of their seat. It’s crazy to think that this match is already 25 years old. If you haven’t seen it, take the time to watch it. Edge mentions the first time that he met Roddy, and how kind and gentle of a person he was.

Edge was watching Raw this week, and is really enjoying the tag team feud between the Revival, Hardys, and Gallows and Anderson. He is proud of how the Revival have stepped up, and is looking forward to more.

Moving on, the story with Brock threatening to leave if he loses the Universal Championship is intriguing to him, especially after Jon Jones challenged the Beast. Edge doesn’t think it could logistically happen this year, but will most likely happen in the future. Christian also thinks it will happen and believes that it would be a huge draw. Edge is also sending well wishes to Bayley, and hopes that she will be okay following the possible shoulder injury.

Moving on to Smackdown, Edge didn’t get a chance to see the Cena vs. Nakamura match, but saw the gif of Cena being suplexed by Shinsuke. Thankfully, it looks like everything’s going to be okay for John, but it’s definitely scary. This leads to Nakamura becoming the number 1 contender for the WWE Title, and Edge thinks that SummerSlam seems to be a good place to have a coronation for the King of Strong Style. He admits that it’s a tough call, and could see them holding off on an actual title win until something like WrestleMania.

Christian adds that when you look at the whole scope of his WWE career, Shinsuke was probably down at NXT too long, so maybe this is the company’s way of making up for it.

From a character standpoint, Edge believes that Nakamura’s charisma shines through his movements, and doesn’t really need to talk. Christian agrees. Edge thinks that it would be good for Jinder to mostly speak during the feud and letting Shinsuke shine through with his charisma. He uses the example of his SummerSlam 2008 feud with the Undertaker, where Taker wasn’t on TV, and he had to sell the program without his opponent the show. The point is that it’s possible for one side of the equation to carry it, while having a great feud.

Finally, E&C are excited that Natalya finally has a title shot, and are looking to both her & Naomi showing what they can do at SummerSlam.

We jump right into the Q&A portion of E&C’s appearance at London Film & Comic Con:

Who on the current roster would they most like to see have a World Title run?

Christian: Finn Balor because he was only Champion for a day, and didn’t get the chance to have a run.

Will there be a 2nd book from Edge and/or a 1st book from Christian?

Christian has thought about it, but doesn’t know if anyone would care. He’d have to write it first, and then determine if it was any good.

Edge started writing a second one, and is about half way done, but doesn’t know if he’ll finish it.

The boys take a second to call Tommy Dreamer, and leave a voicemail chanting the Tommay! call.

We are then interrupted by the Stone Cold impersonator, who sings William Regal’s Real Man’s Man theme.

This leads into where William Regal makes a surprise appearance, and joins the chat.

What is everyone’s favorite match?

Christian: When he first won the World Championship in 2011.

If Edge could spear anyone on the roster, who would it be?

When will the new season of E&C’s WWE Network show return?

Due to financial issues, and schedules, they are not sure. They admit that if it ever comes back, this season will be much funnier than the first one.

What is everyone’s favorite title reign?

Christian: When he was the World Champ for two days, it was magical. Regal chimes in that it was two days more than him, since he has never been a World Champion.

Edge: His first World Title reign. He also greatly enjoyed when he & Christian first won the Tag Titles because not only was it with each other, but at WrestleMania.

Regal: His first WCW TV Title. Because of this he got to wrestle Ricky Steamboat. He then mentions how fortunate he’s been over the years to wrestle such greats as Steamboat, Ric Flair, Barry Windham, and Arn Anderson.

Do any of them have a good partying with Ric Flair story?

Regal talks about a time that he was with Flair, Anderson, & Bobby Eaton for three days in Vegas, and after some good partying, decided to drive from there to the next show in CA in a not so good state. Ric was the driver, and after a while, made a stop. While they were waiting, Regal saw on the TV that St. Martin was experiencing a hurricane where Flair’s brand new gym just so happened to be, and was destroyed. Flair didn’t have insurance on the gym, and while it was serious, for some reason Regal, Anderson, & Eaton thought it was hilarious and couldn’t stop laughing. Flair remained serious for the remainder of the trip, and as he got more news on the condition of the gym, became more enraged. When they arrived at the city, which was like a desert, Ric got out of the car, and was hit with a big cloud of red dust, that covered him, and his suit. He lost it, screamed, and ran away.

When wrestling someone like Jeff Hardy, how do you protect yourself?

Edge: He’s one of those guys that just goes on instinct, and is surprisingly one of the heaviest people.

Christian: He would much rather entertain the fans, and make sure they get their money’s worth. You just have to structure it, and protect yourself the best you can.

What is their perfect Survivor Series team?

Christian: Gillberg, Spike Dudley, Funaki, & Hornswoggle because he would be the biggest guy on the team.

If you could do anything else besides wrestling, what would you do?

Edge: Acting fell into his lap, and is a good creative outlet.  He enjoys that.

Has anyone called a spot in the ring that you didn’t want to do?

Christian: Not so much, but there was a time when he was wrestling Owen Hart in a tag match. During the match, Owen kept saying gibberish just to mess with him, so he wouldn’t understand what spot to do.

(For Christian) How did it feel being a WWE wrestler in TNA for one night in 2012?

Christian: It was weird, but he was honored. He remembers rumors at the time that he was mad to do it, but he wasn’t.

E&C conclude and close out the podcast. They wrap up the show, and encourage everyone to follow the show on Twitter @EandCPod, E-Mail them at ecpodofawesomeness@gmail.com, and to call their Voicemail at 929-367-8204.

An okay episode, and fun to be a part of the live Q&A, but another one where it had a few repeat stories, and not a bunch of substance. Of course, I understand that not every person listens to the pod, but most of these questions have either been answered or talked about on previous episodes, including last week’s. Some were even repeated in the same episode, so it almost felt like filler. Feel free to follow me on Twitter @the_Indel or send me an email at indelpw@gmail.com. See you next week!

For more, check out last week’s recap of E&C Pod of Awesomeness. 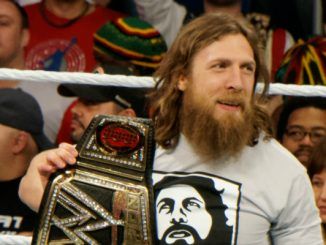 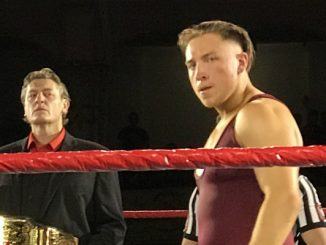 RECAP AND REVIEW: E&C Pod of Awesomeness with Sasha Banks on when being “The Boss” character felt natural, facing Ronda Rousey, if she prefers being a face or heel, how she became closer with Bayley, the transistion from NXT to the main roster