Why It Ended – Chris Masters

Matt and Robbie welcome Chris Masters to the show. He was recently travelling in the UK and India.

Where He Got His In-Ring Name

Getting Signed To The Main Roster

Chris’ First Release From The WWE

Chris’ Mindset After His First Release

Triple H and JBL Cut A Promo On Chris

Return To The WWE

Getting Release A Second Time

Robbie and Matt thank Chris for being on the show and they sign off.

I didn’t know a bunch about Chris Masters and was initially not going to listen to this podcast. But, I’m glad I did because this was an excellent podcast. Chris comes across as very well spoken and the story about him getting into the business and working in the WWE was interesting. Plus there was a bunch of good info most notably about locker room etiquette. I would definitely put this one at the top of your podcast playlist. Definite thumbs up recommend. 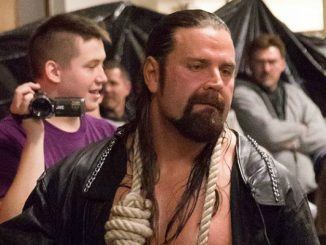 QUICK QUOTES: James Storm on not being used to the GFW name yet, if he was surprised Jeff Jarrett returned to the company, why the DCC didn’t work

RECAP AND REVIEW: Why It Ended with Ahmed Johnson on why he didn’t get a title match against Shawn Michaels, the tipping point of his career, his reputation for being dangerous in the ring, anger towards the Kliq

WRITTEN PODCAST RECAP: Something to Wrestling With on Vince Russo – his pitch for an O.J. Simpson match, why he left the WWF, how much credit should get for the Attitude Era? (Ep. 51)